SALT LAKE CITY -- The dust is still settling from that momentous upset in the race for the Senate seat held for decades by the late Ted Kennedy. It's an altered landscape for both national parties, for national political figures and for key issues affecting Utahns, like health care.

The defeat of the heavily-favored Democrat by Republican Scott Brown in the Democratic bastion of Massachusetts was a shot heard from Washington. 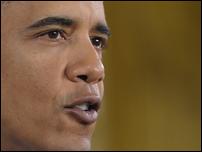 Chastened by the Democratic Senate loss in Massachusetts, President Barack Obama and congressional allies signaled Wednesday they may try to scale back his sweeping health care overhaul in an effort to at least keep parts of it alive.

"Last night a shot was fired around the nation. A shot was fired saying no more ‘business as usual' in Washington, D.C.," Sen. John McCain, R-Arizona, said Wednesday.

That shot was also heard in Utah.

"By all accounts it's a historic victory. It's unprecedented. We haven't had a Republican senator in that seat since 1953 when JFK took over," said Kirk Jowers, director of the University of Utah's Hinckley Institute of Politics.

Intriguing story lines abound, including the role of Mitt Romney's organization in helping Brown with advice, strategy and seasoned campaign personnel -- doing battle in a state President Obama carried with 61 percent of the vote and personally campaigned in.

"There's lots of cross currents, obviously. But when you try to find winners and losers, certainly Obama a loser and Romney a winner," Jowers said.

Many political observers say the economy was a huge factor in the race, and it will be key as both parties as look ahead to midterm elections in November.

Obama's signature issue, health care reform, may be on life support and in need of an infusion of bipartisanship.

Utah health reform advocates hope national leaders will look to Utah's success in reducing health costs as they try to come up with solutions.

"If it says anything, it says how: Wait a minute. Let's just step back and see about more bipartisan ideas and more bipartisan engagement. And I think it will be for the best," said Judi Hilman, executive director of the Utah Health Policy Project.

A White House spokesman says Obama will address the Massachusetts results in his State of the Union speech next week.

Obama, meanwhile, is telling fellow Democrats that the Senate shouldn't try to "jam anything through" on health care, that Brown needs to be "part of the process."