SALT LAKE CITY -- The premiere American film festival kicks off this week. In this economy, even the Sundance Film Festival has undergone some belt tightening.

Some things will remain the same in 2010, like Hollywood stars attracting a crowd and the paparazzi, but festival organizers say they remain focused on film. Most sponsors, they say, have returned. 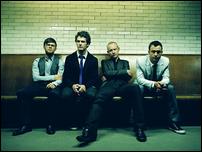 Sundance Film Festival 2010 from A to Z

An A-to-Z guide featuring a few hints to help you navigate — and survive — Sundance 2010.

"The economy definitely affected the festival, as hit has everyone, however, luckily, not as much as we feared," says Trevor Groth, programming director for the Sundance Film Festival. "Our ticket sales are up too, which is great. They are up like 11 percent, at this point, from where they were last year."

A Utah native and graduate of Brighton High School and the University of Utah, Groth is the new festival programmer. He leads a team that decides which movies make it into Sundance.

"Films quickly open up my universe, and I've had a passion for them that was insatiable. I can watch movies ‘round the clock, and I still can do that. I found a job that pays me to do that," Groth says.

Sundance, he says, is the premiere showcase for independent filmmakers in the world and has always been rebellious: that will remain.

"For us, it's about finding new voices and nurturing the artist who are taking chances," Groth says.

So, what's next? Technology: festival films on the Sundance Channel VOD and online. For more on that, stay tuned.

The Sundance Film Festival opens Jan. 21, and there are screenings in Park City, Salt Lake City, Ogden and at the Sundance Resort in Provo through Jan 31.