11 distinguished war veterans honored at the University of Utah

The University of Utah paid tribute to 11 veterans who distinguished themselves in battle. They fought in the Battle of the Bulge, survived the attack on Pearl Harbor and did time in the infamous "Hanoi Hilton."

Freedom is because of those willing to defend us at a great price, and it's heartbreaking that it continues.

Each of the last 12 Veterans Days, the University of Utah has honored heroic Utah veterans for their defense of our freedoms. The university has honored a total of 223 veterans who sacrificed for our country.

Jay C. Hess of Farmington was an Air Force Fighter pilot, second lieutenant. On rescue missions, he often flew cover for downed pilots and was shot down in 1967 near the Chinese-North Vietnamese border. When he ejected from his plane, Hess hit the ground hard and was knocked unconscious as panels in his parachute were blown out.

He was captured and thrown into the "Hanoi Hilton" POW prison. He said, "You dream that you'll come home some day to that land you cherish true."

"It's kind of overwhelming to me to be with this distinguished group of people," Hess said. The veterans on the dais were a humble but heroic group. 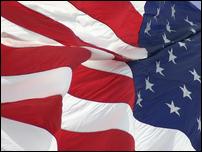 Special honors were given Tuesday to 11 Utah veterans, who served in various wars and in various parts of the world. Members of the faculty, the military and the school's ROTC paused to pay tribute to them in a full military ceremony.

Paul Huber of Bountiful fought in the Battle of the Bulge. His Army unit was among the first to cross into Germany and discover concentration camps.

Milo James Ross fought through the jungles and mountains of the Philippines, and ended with the Japanese surrender.

As we approach Thanksgiving, Hess said he was thankful that he came home from the "Hanoi Hilton." He is ever mindful of his comrades who did not.

"Freedom is because of those willing to defend us at a great price," Hess said. "And it's heartbreaking that it continues."

For more information on the medallion recipients, CLICK HERE

Story compiled with contributions from Jed Boal and Marc Giauque.