Lawsuit over district split making its way through the courts

SANDY -- The turmoil of last night's Jordan School District tax hearing has not subsided. The meeting continued into the morning hours with the district deciding to put off, for at least a week, a vote on a proposed tax hike.

The split of the Jordan District is at the heart of its budget problems and is also the subject of a lawsuit still making its way through the courts.

In theory, the federal appeals court in Denver could undo the split and squeeze the two districts back together. But even one of the key players who started the lawsuit is suggesting it's too late: the milk is spilled; the toothpaste is out of the tube. 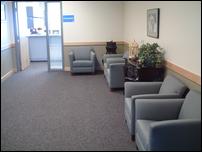 Rumors of extravagant furnishings at district office not true

The Jordan School District continues to take heat from angry residents upset over a proposed 40 percent property tax increase. Some have even been spreading an e-mail that talks about extravagant spending by the district at their new headquarters.

Preparations are underway for a new school year in two districts that used to be one. In the eastern half, residents had the opportunity to vote and agreed to secede from Jordan District. In the western part, residents did not get to vote and have to live with the result. That's why the mayor of Herriman and others filed suit before the election, claiming it was inherently unfair.

Herriman Mayor Lynn Crane says, "The question about constitutionality and the right to vote on issues which directly affect you is an extremely important issue, and one that needs to be answered."

Eastside cities are on the other side of the lawsuit. Sandy Mayor Tom Dolan says the vote was fair because eastside voters determined their own future.

"Well, because the principle is that we get to vote on whether or not we would create our own school district," Dolan says. It's the first new school district in a hundred years, and I think many people are watching to see how it turns out."

Lower courts ruled against Herriman, allowing the election to proceed. The costs are now landing on taxpayers throughout the county.

"They too had no opportunity to vote on this issue," Crane says.

"No, I don't believe it's fair that all the rest of us have to pay," Dolan says. "I believe that it should be a statewide equalization that should happen, and that's fair for everyone in the state."

The appeals court is still considering the Herriman suit and could, in theory, undo the split.

Dolan says, "I doubt it would be very effective now, even if they ruled in favor of the Herriman suit, if you could put Humpty Dumpty back together again."

Crane says, "From a pragmatic perspective, I think it would be very difficult to go back to where we were."

But Mayor Crane still hopes for a win in court to establish the principle that everyone should have a right to vote when an issue directly affects them.

There's no way to predict how soon the court ruling could come.