Gov. Spencer Cox tweeted Sunday morning that Utah is mourning and praying for the victims.

State Sen. Karen Kwan wrote that she's "entirely heartbroken and here to stand with friends, loved ones, and fellow community members who are feeling a weight of hopelessness and distress. Here in Utah, we have a vibrant and diverse Asian American community, and we must come together and support one another."

Anda Xie, a West High School student who volunteers for the Utah Chinese Association, said he was feeding his pet rabbit and preparing to make some traditional foods with his family when he got the news.

"My immediate reaction was not the sorrow for the loss of life or the anger at how a nation that could put men on the moon was still plagued by killings amongst ourselves, but rather just a numbness," Xie said.

He said the numbness stems from the frequency of mass shootings in the United States. He described a mix of emotions in Utah's Asian American community, especially disappointment.

"I've also heard some fear in and of itself," Xie expressed. "I mean, such a desensitized shooting in such a special time, it seems almost sacrilegious if you look at it."

Even so, he emphasized that Lunar New Year is about harmony and unity, calling it a holiday for all. He hopes that's not forgotten as people process the mass shooting. 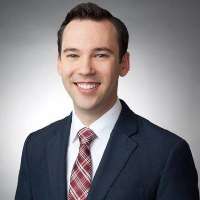