PASADENA, Calif. — When Utah fans pack the Rose Bowl on Monday, there will be plenty to see: the iconic stadium, the freshly painted field and the faces of the opposing fans. There are also a special pair of shoes a group of Utah fans will be wearing.

Eddie Kimball's dad was about to give his 6-year-old son his first pair of brand-new Nike "Jordans" on what would have been his seventh birthday this fall.

"He got a pair of hand-me-down Jordans," Quinn Kimball said.

Eddie's dad and the young sports fan loved them.

"Our plan was to give him his first set of Jordans for his (seventh) birthday that was coming up."

But in early September, everything changed for the Kimball family. Quinn's wife Kristi was driving with her three young kids in the car when they were in a horrible car crash on I-215. Kristi Kimball and her kids were all taken to the hospital. Eddie didn't survive. In an instant, the young family's life changed forever, and this wasn't the first time.

"I don't think anyone thinks they're going to lose a child," Kristi said. "We never thought in a million years (that) we'd have to do it again."

The couple's oldest child, Lila, was born with some severe complications, and in 2014 she died just before she turned 4.

Even a perfect game plan can't prepare you for a loss like that, and there's no playbook for what to do next. Kristi Kimball says the couple turned to each other.

"We had to learn the first time, like, this is either gonna make us or break our family and we decided that it wouldn't ever break us," she said.

"Our mantra right now is that we have to move forward, but we can't move on," Quinn Kimball said. "We are the Kimball six; we, unfortunately, don't have two of our kids here." 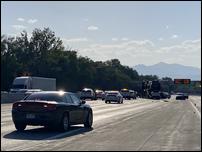 Child dies, 3 others critically injured in multivehicle crash on I-215 in Midvale

A 6-year-old boy died and three people are in critical condition following a crash involving six vehicles on westbound I-215.

The Kimballs are avid University of Utah football fans and have leaned on their friends who share their love of the game. Football has been a family affair in the Kimball family for decades.

"I've been a Utah fan for forever," Quinn Kimball said. "My dad started taking me when I was about Eddie's age. Eddie would have been 7 this year."

He was looking forward to sharing games together with his son for years to come.

"As a dad, that's the thing is, you want to share the things that have made your life magical," Quinn Kimball said.

In fact, he took Eddie to his first football game last year and they sent videos to his wife every time Utah scored a touchdown. He says watching his son enjoy the excitement was unforgettable. "It was just so cool to see that he was getting into what I was getting into when I was his age."

Their team of Utah-loving friends was, at times, what kept the Kimballs going through the initial grief. But games took on a new meaning when Eddie became a part of the U.'s new "Moment of Loudness." It's a tradition Kyle Whittingham started to honor Utah players Aaron Lowe and Ty Jordan, then expanded to include Utah fans no longer with us.

The tradition includes the fans standing, smiling and cheering to create a moment of loudness, exuberance and joy.

This season, Eddie has been included in the moment, something that means the world to Quinn Kimball and his family.

"To have Eddie included in that is so magical so that I can see my son's smiling face wearing a Utah jersey at the end of the third quarter every single home game, and then to see it again at the Pac-12 championship game, is magical," he said.

Sharing the field will be hard for this father — who planned to have his son by his side for years to come. Still, he is thankful for what he didn't lose that day back in September.

"For all intents and purposes, I probably should have lost my whole family that day and I didn't," Quinn Kimball said. "And I get to spend the rest of my life trying to tell these girls how today could just be another great day. And so having these experiences and incorporating that into these traditions like a football game for the University of Utah is pretty special because it's a reminder that every day has beauty to it."

As for the Jordans Eddie never got to see, Quinn Kimball says his son is wearing them now, and so is a small army of friends and Utah fans that have enveloped the Kimball family with love.

"That was a sign of solidarity with a lot of our loved ones," he said. "Grandparents and friends and neighbors, all of Eddie's best friends bought them. People stopped calling these Jordans, they started calling them their 'Eddies.'"

Most recent University Of Utah stories 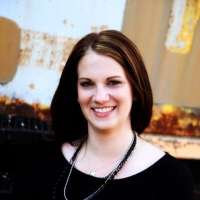