Grant Grove is home to one of the largest trees in the world, and the largest Christmas tree on earth—the General Grant Tree. (At Home in Wild Spaces via YouTube) 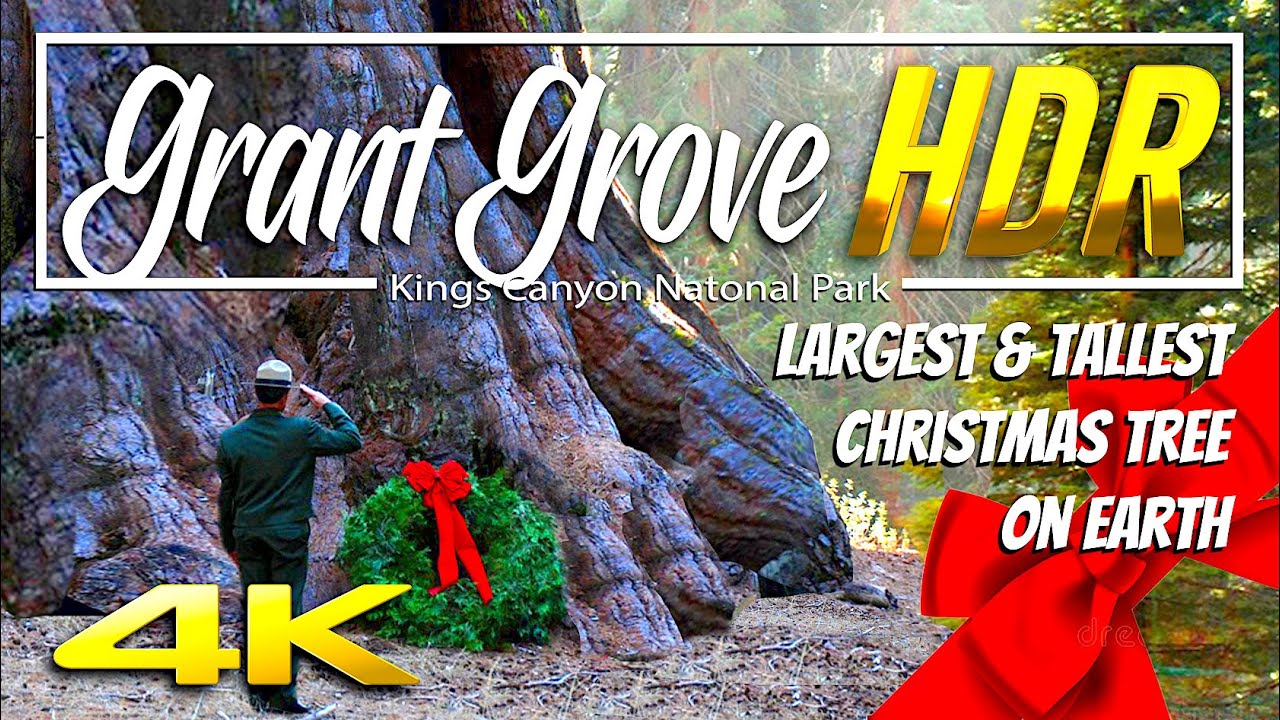 NEW YORK CITY — Tis the season, as they say. With Christmas again upon us, there are reminders everywhere of what this season means to people all around the world. Lights, wreaths, the Nativity scenes captured by both statue and live performance —and, of course, the ever-popular Christmas tree.

In Christmas movies, home decor, store lobbies, Christmas villages and town centers, the Christmas tree is perhaps the most universal and visible decoration of the season. In the U.S., Christmas trees are farmed in every state, including Hawaii, according to history.com.

Given the universal appeal of Christmas trees and humanity's competitive nature — even during the season of goodwill — it was perhaps inevitable that cities, states and countries across the globe would seek to one-up each other by claiming to be the home of the world's biggest and most extravagant Christmas tree.

Popular entries include the classic Christmas tree at Rockefeller Center in New York City, which is 82 feet tall this year, according to timeout.com.

Not to be outdone, Enid, Oklahoma, claims to have the world's largest "fresh cut" Christmas tree, measuring an impressive 140 feet tall, and dubbed the "Christ Tree."

In Germany (where the modern Christmas tree tradition is believed to have originated), the city of Dortmund has come up with a creative solution of binding 1,000 individual spruce trees together into a single "tree," by which they also feel justified in claiming "the world's largest Christmas tree."

But, if there is one place on earth synonymous with big trees, it's got to be California, right?

Enter the city of Ferndale and their 150-foot-plus living, Main Street redwood, which they claim to be "the tallest (Christmas tree) in America."

Does that settle it?

Ferndale's living tree certainly seems to take the top spot if you trust a number of online rankings. But none of these trees, or conglomeration of trees, even comes close — as much as their respective towns and cities might wish to be known as the home of the biggest or tallest Christmas tree in the world.

Even the 221-foot-tall Douglas fir displayed at the North Gate Shopping Center in Seattle, Washington, in 1950, and listed by the Guinness Book or World Records as the world's tallest cut Christmas tree, still falls short of capturing the honor of being the world's largest Christmas tree.

That honor belongs to a titanic tree — 268 feet tall — with a trunk more than 100 feet in circumference at ground-level, and the namesake of Grant Grove in Kings Canyon National Park.

The General Grant tree effortlessly dwarfs all of the entries on this list and every list of the largest Christmas trees on earth. In addition to General Grant's colossal size, this tree's Christmas resume is bolstered by the fact that at an estimated age of 1,650 years (very young by giant sequoia standards) the General Grant has already been witness to approximately 80% of all Christmases — ever — having sprouted only a few centuries after the birth of Jesus Christ.

And with less than a handful of trees on the planet of competitive size, General Grant, designated the nation's Christmas tree by President Calvin Coolidge in 1926, is set to hold on to the title of Largest Christmas Tree on Earth into perpetuity.

Barring the growing threat of climate change to California's incredible groves of giant sequoias, General Grant could easily add between 2,000 and 3,000 additional Christmases to its reign.

Unlike other Christmas trees, General Grant is on display year-round. But don't expect to see this living skyscraper adorned with tinsel, ornaments, or lights — beyond the few billion stars in the sky — and a wreath placed on the tree each year by the National Park Service.

America's national Christmas tree is truly something remarkable to behold, and is far from the only treasure worth seeing in Grant Grove, located at Kings Canyon National Park. Second only to visiting in person, this video tour is the best way of enjoying and learning about this grove and the mammoth Christmas tree for which it is named.

The more you learn about these trees, the more remarkable and precious they become. It's a good reminder that being good stewards and protecting our natural resources is one of the absolute best gifts we can give ourselves and our children.

OutdoorsEnvironmentU.S.
Mike Godfrey
Mike is a writer, filmmaker and public speaker, who, along with his wife Michelle, owns and manages At Home in Wild Spaces Films, a film studio that produces informational outdoor adventure media and resources. Mike graduated from BYU with a degree in film and animation, and occasionally writes about entertainment and current events.