SALT LAKE CITY – Utah has a new top cop at the federal level.

Trina Higgins, the new U.S. Attorney for Utah, is a trailblazer — but she's also staying close to her roots in the Beehive State.

Her appointment to the job was celebrated Thursday at Utah's federal courthouse in downtown Salt Lake City, where friends and colleagues praised her as tough but compassionate and fair.

A day before her investiture ceremony, the longtime prosecutor sat down with KSL's Deanie Wimmer to talk about her priorities and plans to make Utah safer. Higgins also reflected on the milestone her appointment represents and her path to the job overseeing federal criminal cases and civil matters in Utah.

She succeeds John Huber, who stepped down after six years in the job under the administrations of former presidents Barack Obama and Donald Trump.

Here are five things to know about Higgins:

1. She's the first woman appointed to the post in Utah by a U.S. president and confirmed by the Senate, a milestone she says was long overdue.

Since starting the job earlier this year, Higgins said she has promoted several female attorneys to leadership positions on her executive team and within the appeals and civil divisions.

She's among a growing number of women at the top ranks of Utah's criminal justice system. The Utah Supreme Court's five justices are now a majority of women for the first time after Justice Jill Pohlman joined the bench over the summer.

Most of her family members didn't have college degrees, she said. And while a high school counselor discouraged her from attending college because of her gender, her father, a truck driver and "cowboy," pushed her to think big.

"He's the one that convinced me that I could do anything I set my mind to," Higgins said, fighting emotion as she reflected on his death about eight years ago. "He would be so impressed and so surprised, so it's just hard that he's not still here."

When she's not working, she hikes, plays pickleball with her friends and spends time with her husband and three adult sons, she said.

One of Higgin's top priorities is securing justice for victims of financial scams, especially those targeting older Utahns. She acknowledges the state has seen several big schemes.

"That kind of is the reputation, and I think we can turn that message around through aggressively investigating and prosecuting those cases," Higgins said. "They're not easy. They're hard cases. They take a lot of resources. But I think it's important work and I'd like to see us do more of it."

Addressing violent crime and trafficking of fentanyl – the powerful and deadly synthetic opioid – are also priorities, she said, along with cutting down the number of repeat offenses in Utah. She said her office is working to help better connect those leaving prison to jobs, housing and treatment.

4. She was fresh off a stint in Europe when she began the new role.

Higgins spent several months in Malta and Cyprus, the tiny and picturesque Mediterranean nations, but not for vacation. She helped train the countries in investigating sophisticated international money laundering schemes, working for the U.S. State Department as a legal adviser to the foreign governments.

"It really gave me a profound appreciation for the rule of law in the United States, and what we do to protect it, but also motivated me to want to do more," Higgins said.

Friends and colleagues shared about her time there, too. She interviewed for the U.S. Attorney job remotely from Malta, and did so just after driving an armored vehicle at top speed and crashing it on purpose as part of a class on escaping ambush, Utah Supreme Court Justice Paige Petersen said at Thursday's ceremony.

Higgins brought a suit jacket, pearls and a comb to the racetrack, and borrowed a computer at an office nearby to transition into interview mode, Petersen said.

5. Higgins is a political appointee, but she says she's focused on the job, not on partisanship.

Still, she acknowledges many perceive legal appointments and courts as political.

"That's absolutely true, but there are many ways that we can work to restore confidence and build trust and confidence in our justice institutions," Higgins said. "And certainly, one of those is to avoid improper influence, to consistently apply the law, and to ensure that we are doing our mandate, which is to apply the law and not getting into areas outside of our branch." 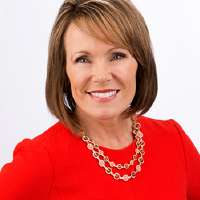