The Utah Checkdown podcast: Utah's path to the title game, and a look at Oregon

SALT LAKE CITY — Utah closed out its home season at Rice-Eccles Stadium on Saturday night with 42-7 win over Stanford — a perfect 6-0 at home on the season and an unbeaten streak over the last two seasons.

The hosts are joined by Utah wide receiver Solomon Enis, who breaks down the Stanford game and the emotions of his last time playing in Rice-Eccles Stadium, as well as his early look on a good Oregon team that lost over the weekend to Washington.

It will be Enis' first and last trip to Autzen Stadium, where a hostile crowd awaits in a pivotal game that will help decide the Pac-12 championship game. How is Utah preparing for this big game, Enis and the hosts share in the podcast.

Also, be treated to some hot takes about Elon Musk and a brief look at Utah's men's and women's basketball teams.

Most recent The Utah Checkdown stories 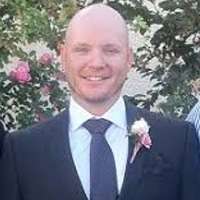