Intermountain Medical Center unveiled a new abbreviated MRI screening on Friday for women at high risk of breast cancer. The hyper-sensitive screening can detect up to twice as many cancers as a normal mammogram. (Intermountain Healthcare)

Dr. Brett Parkinson, the imaging director of breast care services for Intermountain Healthcare, said this new screening uses an MRI machine, a magnetic resonance imaging machine, to do a scan of just the breasts, rather than conventional MRI.

This screening takes 10 minutes, costs only 15% of a standard MRI and detects cancer just as accurately as a full MRI.

The MRI has a detection rate of more than 99% in women who have breast cancer, which is better than any other type of screening, Parkinson said.

"It is the most powerful tool that we have in our armamentarium for the early detection of breast cancer," Parkinson said. "The MRI gives exquisite detail about breast tissue and anything that may be growing in the breast."

Armamentarium is defined as "the medicines, equipment, and techniques available to a medical practitioner."

The abbreviated MRI screening is not for all women, but is for women who are at high risk or have extremely dense breast tissue. For those women, conventional mammography is not as sensitive as an MRI and some cancer may not be detected.

A screening MRI in high-risk women could pick up about twice as many cancers as a mammogram would detect, Parkinson said.

He suggests women who are worried they might be at risk, who have denser breast tissue, or have had family history of breast cancer, should consult with a genetic counselor or go through a high-risk assessment to determine their overall lifetime risk of breast cancer. Dense tissue alone may not mean a woman is at high risk.

For women of average risk and average tissue density, "mammography is still the workhorse and we still recommend it," Parkinson said.

Mammography can pick up cancers an MRI wouldn't see, so for women at high risk he recommends they get screened through both mammography and an abbreviated MRI.

Oct. 1 marks the first day of Breast Cancer Awareness Month and Parkinson encourages all women over 40 to get screened. His message to all women is to not hesitate on getting screened.

Some of these deaths occur because women don't get screened to detect cancer early. Other deaths come from women who get screened but still develop lethal breast cancers between screenings or the cancer was obscured by dense breast tissue during the screening.

Early detection of breast cancer is the key, Parkinson said. Finding cancer early not only saves women's lives, but may also make the treatment of the cancer less intrusive.

The new screening has been in the works for the last two years and Intermountain Healthcare expects to start providing the abbreviated MRI in November.

Parkinson said other institutions around the country have been offering abbreviated MRIs, but Intermountain Healthcare is the first one to have an insurance company cover the cost of the new procedure. Select Health said it will cover the new screening for its patients.

American journalist Katie Couric was recently diagnosed with breast cancer and has been open about her experience.

"With Katie's public disclosure of her breast cancer — especially at this time of year — more women will be aware and more women will come in and get screened," Parkinson said.

Last year Intermountain Healthcare suggested women who receive a COVID-19 vaccine should delay their mammogram by a month because receiving a vaccine can sometimes set up an inflammatory response which could confound results. Parkinson said for women who have no breast cancer symptoms, they still recommend following this guideline.

However, for women who have a breast lump or other symptoms, Parkinson said do not wait to get screened even if you did receive a COVID-19 booster close to your screening.

Breast imaging has greatly improved over the last 30 years of Parkinson's career and breast cancer death rates have plummeted, he said. There are far better screenings and treatments available now.

"We should all be hopeful," he said. 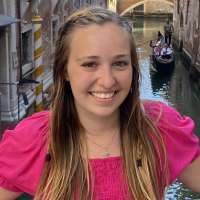