Colton Gainey smacked a bases-loaded shot to the left-field fence to lift Snow Canyon to a walkoff winner over Henderson, Nev. and advance to the Mountain Regional championship of the Little League World Series, which will be held Friday at 3 p.m. MT on ESPN. (ESPN via YouTube) 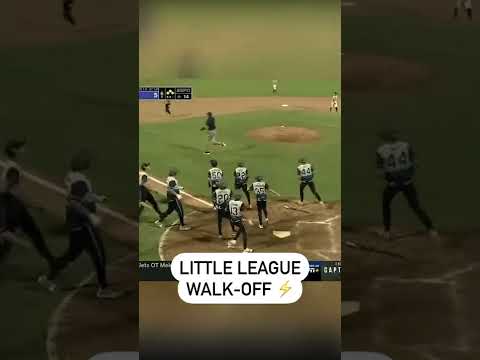 FINAL-BOUND — No team from Utah has ever advanced to the tournament proper of the Little League World Series.

The Snow Canyon U-12 Little League all-stars from Santa Clara could be the first with just one win Friday.

After trailing by as much as 3-0 early, Colton Gainey crushed a bases-loaded shot in the bottom of the sixth inning into the left-field fence that lifted Snow Canyon past Team Nevada (Henderson, Nev.) 5-4 Tuesday night.

Team Utah advanced to the Mountain Region championship on Friday, while Nevada will face Montana in an elimination game Thursday with an eye on history.

"When we formed our all-star team they started a yell, 'SC Williamsport!'" Snow Canyon coach Mark Ence told St. George News before the tournament. "That's been the goal from the beginning to get there. We feel like we have a legit chance to make it."

Nevada led from the start, stringing together three runs on four hits in the top of the first and was up 4-2 in the fifth before Chaz Hickmann's leadoff double for Utah. Reggie Ence drove him home with a pop-fly single to right, and Kolby Lamoreaux added an RBI single to tie the game later in the inning to set up Gainey's heroics.

Friday's game is scheduled for 3 p.m. MDT on ESPN.