Does an image of Joseph Smith exist? What one descendant found in a forgotten family heirloom

A daguerreotype, right, discovered in a locket is believed by some to be Joseph Smith, the first president and prophet of The Church of Jesus Christ of Latter-day Saints. Here it is compared to an 1842 oil painting of Smith by David Rogers. (Oil painting, Community of Christ/Daguerreotype, Dan Larsen)

SALT LAKE CITY — What did Joseph Smith look like?

His death mask, paintings and descriptions of his physical appearance provide some clues of the appearance of the first president and prophet of The Church of Jesus Christ of Latter-day Saints.

But no verified photograph or image of Joseph Smith has ever been found — until now?

A descendant believes he has found a daguerreotype of Joseph Smith, according to Lachlan Mackay, a member of Community of Christ's Council of Twelve Apostles who oversees the Joseph Smith Historic Site in Nauvoo, Illinois.

Community of Christ, formerly called the Reorganized Church of Jesus Christ of Latter Day Saints, is the second-largest religious body to trace its origin to the revelations of Joseph Smith.

"For me, it's pretty significant. I no longer have to guess at what he looked like," Mackay said. "It is consistent with the period and everything we can find, it is consistent with the period for having been made in Nauvoo, and the fact that it has this Smith family provenance, that is really what sets it apart from the other daguerreotypes of Joseph, which it seems like one pops up every other week, and most of them are very easily ruled out. With this one that has not been the case."

The discovery and findings were announced Thursday in the Spring/Summer 2022 issue of the John Whitmer Historical Association Journal and a news release.

A daguerreotype discovered in a locket is believed by some to be Joseph Smith.

Daniel Larsen, Smith's great-great grandson and a Latter-day Saint, inherited some family heirlooms from his mother, Lois Smith Larsen, prior to her death in 1992.

There were two pocket watches among the collection, including one with Joseph Smith III's initials engraved on the front. The second watch featured an image of several buildings along the shore of a lake. Larsen was unable to open the second piece because he said the release mechanism was bent. He set the watch aside and forgot about it for the next 28 years.

Larsen found the object again in 2020 and this time managed to get it open. Inside he found the image of a man with a likeness to his ancestor, Joseph Smith.

Larsen believes the watch was actually a watch locket, a piece of Daguerrean jewelry that appears like a pocket watch when closed.

Larsen emailed the image to Mackay, his nephew.

"When I first glanced at it, my initial impression was 'That's not Joseph.' The version he sent was at a bit of an angle," Mackay said. "But it seemed worthy of further exploration."

For the last two years Mackay has collaborated with Ronald Romig, who has 30 years of experience examining Smith family visual materials, to study the image, the artifact and its authenticity.

Mackay said they used methods such as facial recognition software to compare the daguerreotype with Smith's 1842 oil portrait attributed to artist David Rogers and with his death mask. They used methods like photographic overlays and cutaways, as well as extensive historical research.

"I have become convinced that it is, in fact, Joseph," Mackay said. "It feels like it fits. It's consistent with the portrait. At first glance, the overall impression is some ways different, but the individual features are really quite similar. And it is consistent with the death mask. It would be helpful if we had lots of other photos to compare it with. Of course, we don't."

After following the research for two years — what he described as a "super experience" — Larsen has zero doubt that the man in the image is the first Latter-day Saint prophet.

Who is the photographer?

As part of their research, Mackay and Romig found advertisements for Daguerrean lockets in The Prophet, a Latter-day Saint newspaper printed in New York City in 1844.

According to their research, Lucian Foster, a Latter-day Saint, moved from New York City to Nauvoo and lived in the Smith mansion house for two months before Joseph Smith was killed on June 27, 1844.

"We know Foster was taking daguerreotypes after Joseph's death. It's been uncertain whether he was doing it before Joseph's death, but he is the best candidate for creating it," Mackay said.

The men also found multiple images of prominent Smith women wearing what appears to be the same locket.

The 'penetrating glance' of Joseph Smith

"There was something connected with the serene and steady penetrating glance of his eye, as if he would penetrate the deepest abyss of the human heart, gaze into eternity, penetrate the heavens, and comprehend all worlds," Pratt wrote.

The eyes of the man in the daguerreotype evoke similar feelings for Mackay.

"It's the eyes that really capture me," he said. "As I look into the eyes of this person captured in this image, I think I can see why people would choose to follow him."

There are other features of the face that Mackay thinks match up, such as the mouth on the right, the eyelid on the left, and the "frown line" or deep wrinkle adjacent to the left eyebrow.

Reaction to the image

The Church of Jesus Christ of Latter-day Saints released the following statement regarding the daguerreotype.

"Every few years, potential donors bring artifacts to the Church History Library for review, including alleged photographs of the prophet Joseph Smith. Such artifacts are, of course, of great interest to the church. Though it was not mentioned specifically in the article, church historians, archivists and artifact experts were provided — by the item's owner and the article's authors — the opportunity to analyze the locket and photo and to review their findings prior to publication. We concur that the daguerreotype and locket were created of the materials and methods appropriate to the 1840s. However, as nothing is definitively known about the locket's history before 1992, we cannot draw a conclusion about who is pictured in the daguerreotype. We welcome the recent publication of the image and hope it will prompt the discovery of additional information helpful to determining its authenticity."

Although the image has provenance, it may be too soon to say it is Joseph Smith, said Ron Fox, a photo historian who rediscovered a daguerreotype of Wilford Woodruff online in 2015.

Fox would like to see more research into the fashion of the time and the clothing depicted in the daguerreotype.

"Identifying an image of Joseph is like saying you have the 116 pages, they are out there ..." Fox said, referring to the original 116 pages of the Book of Mormon manuscript which were lost. "In my opinion, the jury is still out on this and it needs more research."

Other images of Joseph Smith?

This is not the first time someone has come forward with a purported photograph of Joseph Smith.

In 2008, S. Michael Tracy published a book, "Millions Shall Know Brother Joseph Again: The Joseph Smith Photography." The photography in question was said to have been taken in 1840, but the technology didn't match the time period, the Deseret News reported.

The Church of Jesus Christ of Latter-day Saints issued a statement in March of that year seeking to lessen speculation about that daguerreotype.

"On the basis of available evidence it is not possible to confirm that the image is, in fact, of Joseph Smith," the statement said.

The Church of Jesus Christ of Latter-day SaintsUtahReligionHistoric 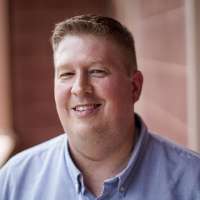