A motorcyclist was killed in a crash at 1700 S. 700 East in Salt Lake City on Friday. (Kevin LaRue, KSL NewsRadio)

SALT LAKE CITY — A motorcyclist was killed in a crash at 1700 S. 700 East in Salt Lake City on Friday night.

Salt Lake police tweeted just before 9:20 p.m. that their major crash team responded to a collision between a motorcyclist and vehicle and that paramedics had taken the injured person to the hospital in critical condition.

At 9:46 p.m., police said that the motorcyclist had died.

More details about the person who was killed and any others involved in the accident have not been released.

"Traffic in the area will be impacted for the next several hours," police said. 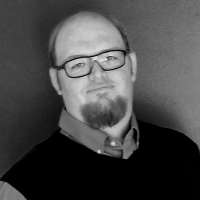