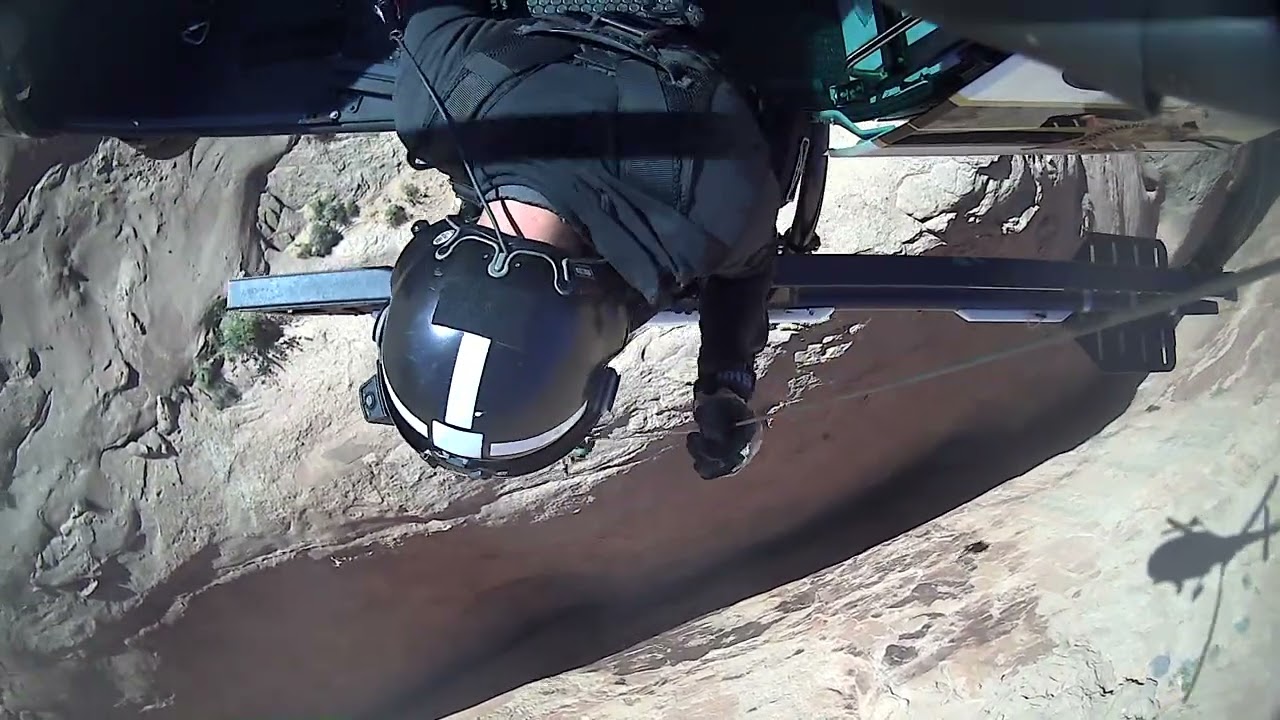 PANGUITCH — Crews on Friday rescued a youth group and two of their adult leaders who had become stuck in a slot canyon in Garfield County.

"We are in the middle of rescuing 15 young men and two young men leaders in one of our most treacherous slot canyons," Perkins posted on Twitter.

One of the leaders might have a sprained ankle, but that was the only potential injury crews were aware of, Perkins said.

Crews began hoisting the group out at 8 a.m. Friday. They were removed within about three hours and taken to safety, according to the sheriff.

"Everyone is OK. I can't thank our DPS helicopter crew enough along with Wayne County deputies, Garfield County deputies and search and rescue," Perkins said.

The four slot canyons clustered in the area see more search and rescue operations than the rest of the county combined, Perkins noted, adding that people "have no idea what they're getting into" when they visit.

He urged people who plan to visit the canyons to be aware of the terrain and travel with good gear and extra water.

A helicopter with the Utah Department of Public Safety was in the area to assist, as well as deputies and rope rescue crews.

Perkins called the helicopter the "ace in the hole" for rescue crews.