Utah Valley guard Connor Harding had 17 points, seven assists and four rebounds in the Wolverines' 77-55 win over Tarleton State for their first WAC win of the year, Saturday, Jan. 1, 2022 at the UCCU Center in Orem. (Simeon Mismash, UVU Athletics) 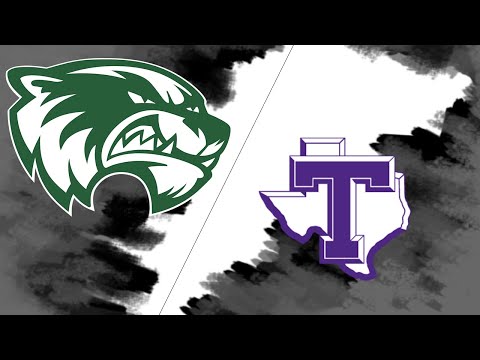 AROUND THE BEEHIVE — In some ways — including a career game from point guard Blaze Nield — Utah Valley should've picked up its first win in Western Athletic Conference play before the New Year, but instead fell to Abilene Christian.

Harding poured in 17 points, seven assists and four rebounds as Utah Valley picked up its first conference win of the season 77-55 over visiting Tarleton State in the UCCU Center.

The BYU transfer shot 4 of 7 from the field with a pair of 3-pointers and a 7-of-8 clip from the free-throw line in scoring his second-most points of the season and most since a win at Pepperdine back on Nov. 15.

"He's almost like having an 8-10 NBA veteran; he's calm, he's composed, he can play four different positions," UVU coach Mark Madsen said of Harding. "He was a big part of our momentum in the non conference play, helping us find a way to win at Pepperdine, hitting the game-tying 3-pointer. His composure has been there all year; he's a worker, he cares about his teammates, and he's been a tremendous addition to this team with his leadership."

Fardaws Aimaq added 21 points, 16 rebounds and five blocks for the Wolverines, who got 13 points and four blocks from Weber State transfer Tim Fuller.

Utah Valley jumped out to an 13-4 start, holding the Texans scoreless from the field until Shamir Bogues' jumper with 12:57 left in the first half. Tim Fuller capped a 9-4 spurt with a dunk set up by Blaze Nield to put UVU up 22-10 and the Wolverines stretched the lead as high as 16 points in the first half.

Harding had 12 points, and Aimaq added 6 points and 10 rebounds at the break as Utah Valley held Tarleton to just 26% shooting en route to a 34-23 halftime lead.

The Wolverines pushed the lead as high as 22 points midway through the second half, and never took their foot off the gas en route to their first conference win of the season.

Recap from the win over Tarleton today.#GoUVU#UVU#UVUmbb#ProtectTheDenpic.twitter.com/cW1CskjrKI

Bogues finished with 17 points, six rebounds and four assist to lead Tarleton, and Freddy Hicks supplied 14 points for the Texans.

"There's nothing like winning a conference game. Just playing in these games, you can fee the intensity, the energy. It's tough to go out there," Aimaq said. "I thought we were up 35 at halftime, when we were up around 10. I knew those guys were not going to quit."

Northern Colorado, which hadn't played a game since Dec. 21 and a Division I opponent since an 82-56 loss to Washington State on Dec. 18, put away 17 3-pointers and outrebounded the Thunderbirds 39-38.

"This is a team that can get hot. We talked about it; 17 threes is cooking a little bit," said SUU coach Todd Simon, whose team trailed by as much as 13 before pulling as close as five down the stretch. "They're making shots out of the press, and those things are tough."

"We have to be a little bit better in the first 4-5 minutes."

Things are heatin' up in Cedar City 🔥@mufausettpic.twitter.com/PtMld4cs6h

Josh Banian added 13 points and 10 rebounds for Montana, which held the Wildcats to just five 3-pointers.

JJ Overton had 11 points and six rebounds for the Wildcats, who will cap a three-game road trip next Saturday, jan. 8 at Idaho State. Tipoff is scheduled for 6 p.m. MT on ESPN+.

Cameron Steele had 23 points and 10 rebounds as Abilene Christian jumped out to a 31-17 halftime lead and never looked back en route to a 64-50 win over Dixie State.

Hunter Schofield had 10 points and eight rebounds to lead the Trailblazers (7-7), who got 15 points from Dancell Later.

Dixie State travels to Orem for the Old Hammer rivalry with Utah Valley next Saturday, Jan. 8 at 2 p.m. MST on ESPN+.