New Orleans Saints quarterback Taysom Hill looks back as he runs for a touchdown during the second half of an NFL football game against the New York Jets, Sunday, Dec. 12, 2021, in East Rutherford, N.J. (Matt Rourke, Associated Press) 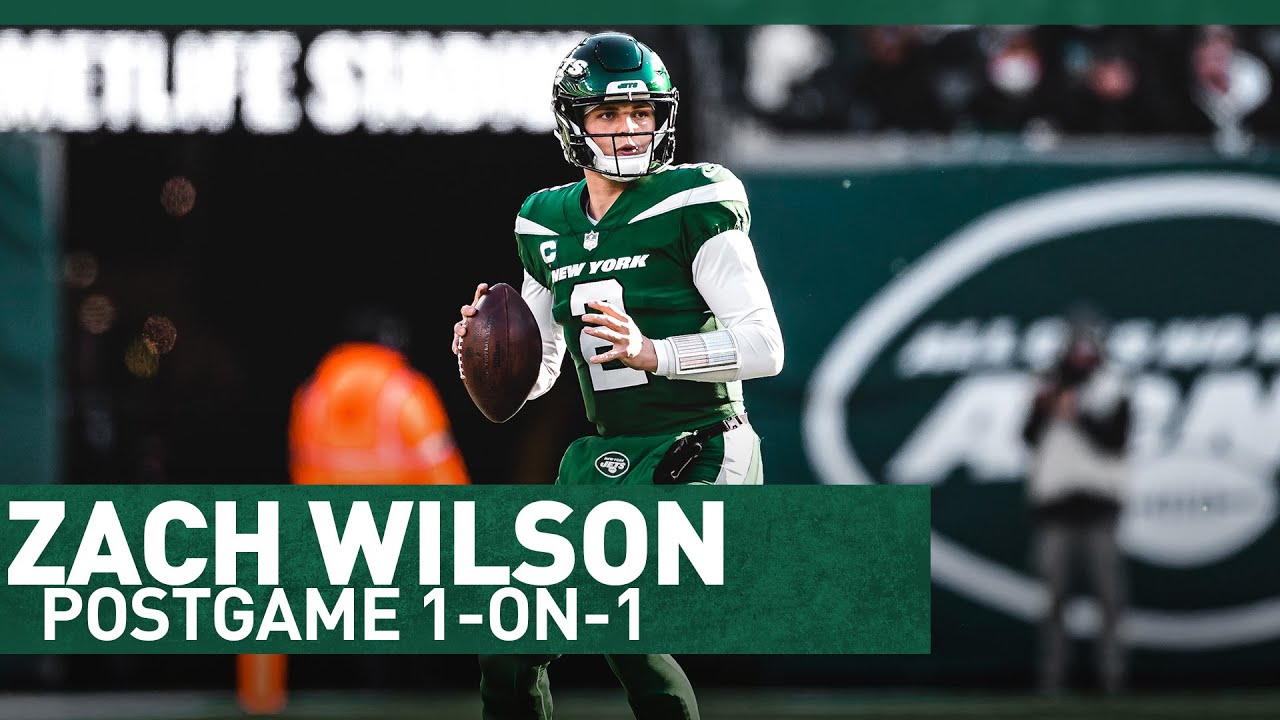 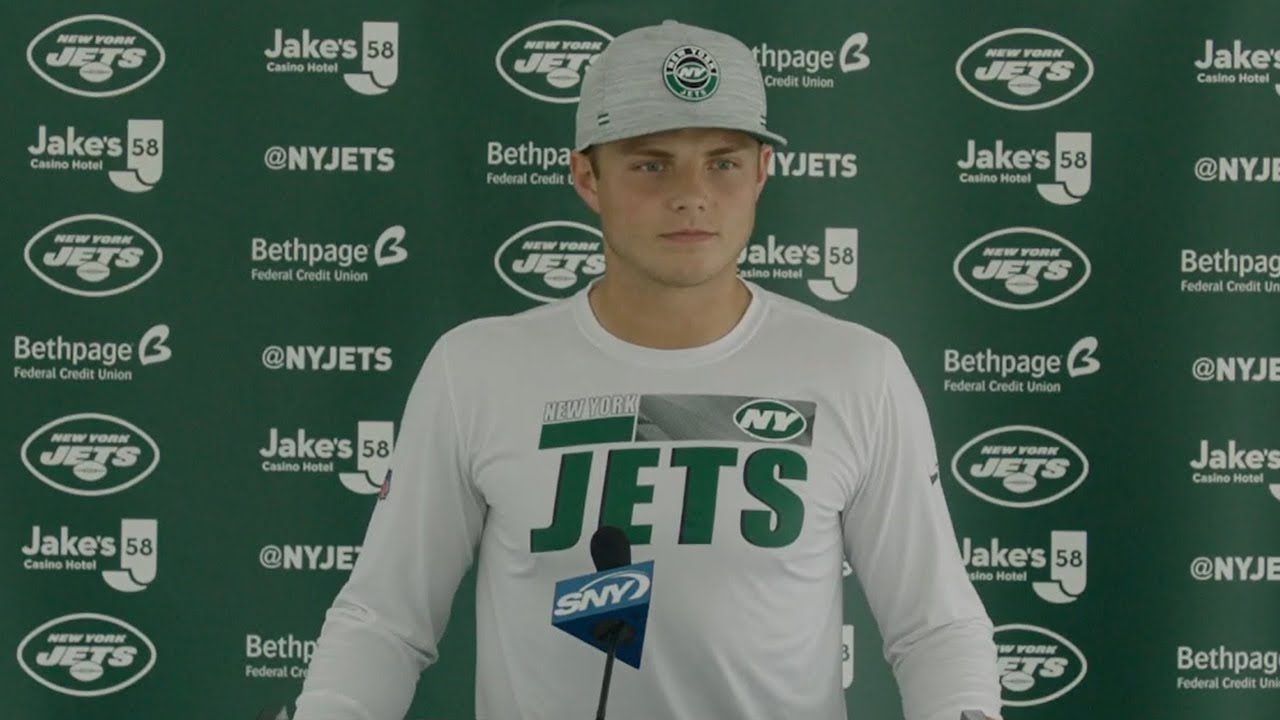 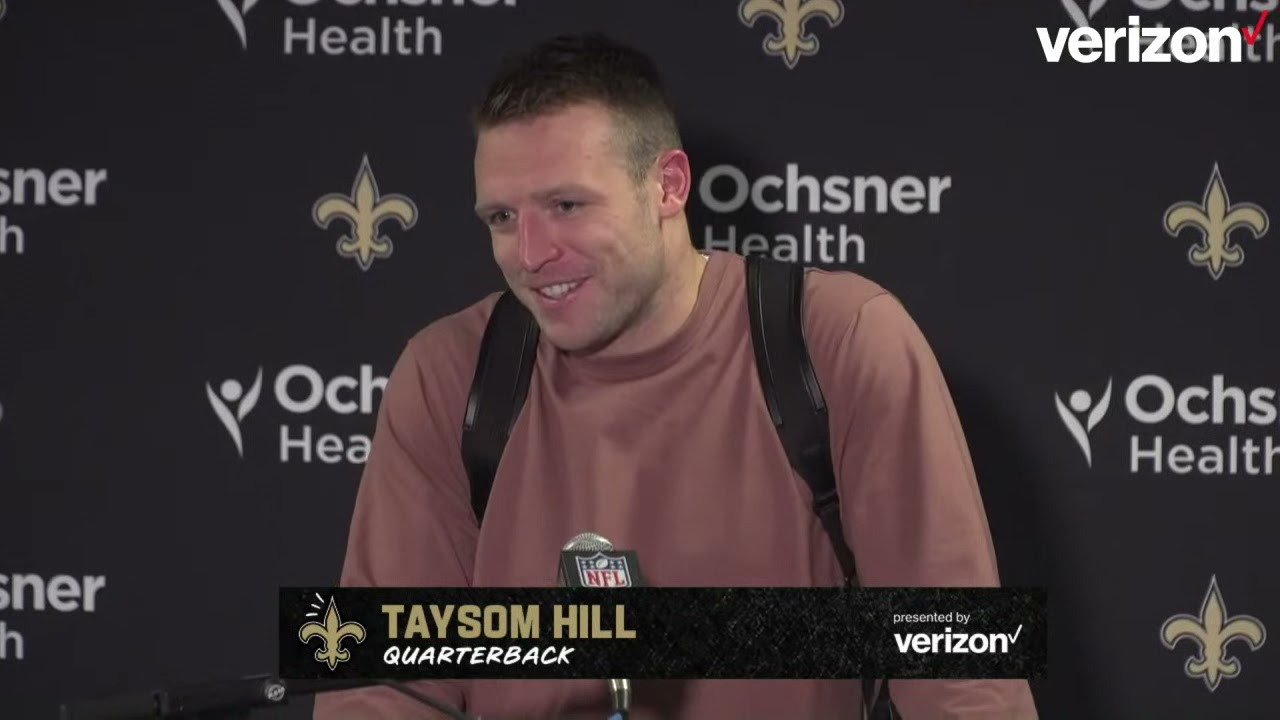 AROUND THE SHIELD — The first NFL game featuring two starting quarterbacks from BYU in 24 years was known more as a penalty-kick shootout than anything done by New Orleans starter **Taysom Hill** and New York Jets rookie **Zach Wilson**.

Then Hill, burdened by the diagnosis of a mallet-finger injury earlier in the week and a recent foot injury, did Taysom Hill things: he used his legs.

The rest was history (if you're a Saints fan).

Hill completed 15-of-21 passes for 175 yards, but more importantly ran for 73 yards with scoring runs of two and 44 yards to help New Orleans pull away from the Jets, 30-9 Sunday afternoon at MetLife Stadium.

And despite the kicking — where the two teams combined for six field goals, including all the Jets' scoring through the leg of Eddy Pineiro — the game became known for its rushing.

The Saints (6-7) outgained the Jets 203 yards to 78 on the ground, including 120 yards and a touchdown on 27 carries from Alvin Kamara after missing the past four games with knee and hamstring injuries.

"I think statistically, the numbers speak for themselves," Hill said of Kamara. "But just having his presence on the field, being able to hand the ball to him; he does so much for this team. He's a great leader, an emotional guy, and plays with a lot of emotions.

"There are a lot of things he brings that the stats don't quantify."

It was also known for the two BYU quarterbacks, who represented starting signal callers from BYU on opposing sidelines for the first time since Steve Young and Ty Detmer in 1997. In a game blacked out by CBS in Utah in favor of the Kansas City Chiefs' 48-9 blowout over the Las Vegas Raiders, that storyline was relegated to nothing more than a historical footnote as Hill eliminated Wilson from playoff contention.

Sorry, rook, maybe next year. No hard feelings, though?

"I wasn't 100% watching everything they were doing," Wilson said moments after embracing Hill on the sidelines following his team's 10th loss of the season. "But he's a great player; you can see what he was able to do with the ball in his hands, whether it's throwing or stepping up and running. He's a true dual-threat guy, and gives a lot of issues to defenses.

"We got to talk a little afterwards. He's an awesome guy. I always wish the best for him."

The win snapped a five-game losing skid for the Saints, something Hill put squarely in the rearview mirror as he took off for 44-yard scoring spree with just over a minute left in the game.

All that was left was for New Orleans to shut out the Jets' offense, which former Utah safety Marcus Williams did when he tackled Wilson on the 1-yard line on the final play of the game.

With four games left, the Saints are three games back of the Buccaneers for the NFC South crown.

But their 6-7 record is on par with the Wild Card race, tied with each division's second-place team save the LA Rams (8-4).

"This has been a tough stretch for this team," Hill said. "It's been a foreign thing, losing so many games. I think we've had great leadership that have kept our heads down.

"We've got to stay the course; we're going to start winning football games, and that's what we did. It's nice to get the win."

The Saints are at Tampa Bay next Sunday, before finishing out the season with winnable home games against Miami and Carolina and the road finale at Atlanta.

Here's how other former standout high school and college football players from Utah performed in Week 14 of the 2021 NFL regular season.

Former #Utes QB Tyler Huntley with "one of the best 14-yard runs you'll see, ever." 👀