Locals in the NFL: Is it Taysom Time in New Orleans ... again? (+complete Week 8 roundup)

New Orleans Saints quarterback Jameis Winston (2) is carted off the field after being injured from a horse collar tackle in the first half of an NFL football game against the Tampa Bay Buccaneers in New Orleans, Sunday, Oct. 31, 2021. (Derick Hingle, Associated Press) 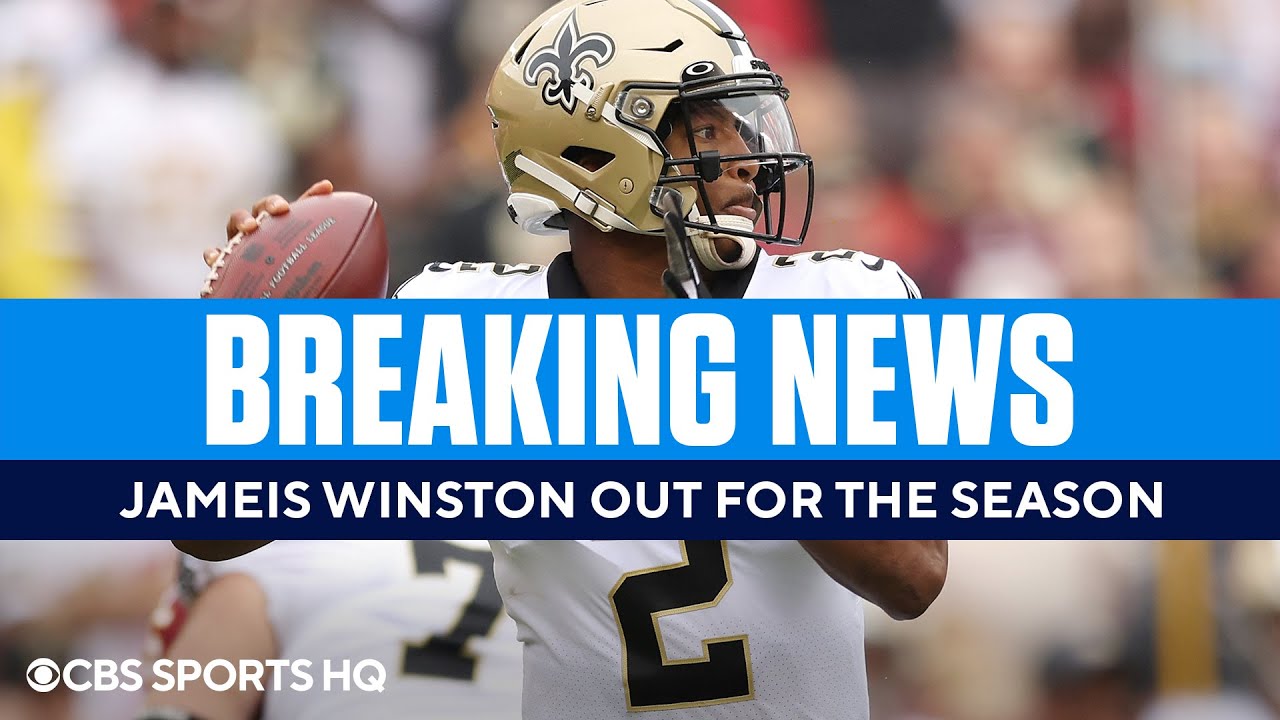 BREAKING: Jameis Winston OUT for the Season | CBS Sports HQ

AROUND THE SHIELD — Taysom Hill's time in the NFL's concussion protocol is expected to come to an end soon.

How long before he enters as the New Orleans Saints starting quarterback is still up for debate.

The former BYU star has been out with concussion symptoms since Oct. 10, but head coach Sean Payton confirmed that Saints starter Jameis Winston suffered a long-term ACL tear in Sunday's 36-27 win over the Tampa Bay Buccaneers that could see Hill pressed into action as soon as he is reasonably available.

Will he be available next Sunday against the Falcons? Payton wouldn't say.

When asked after Sunday's game if a healthy Hill would've been the go-to quarterback when Winston went down, the coach was less decisive. He said that Hill's injury, combined with the availability of Trevor Siemian — who completed 16-of-29 passes for 159 yards and a touchdown against the Buccs — meant that Hill likely would've dressed out as the third-string quarterback.

Of course, doing so also would've allowed the Saints (5-2) to allow Hill to do "Taysom Things," running him as a Wildcat quarterback, part-time running back and even at tight end where he has started a good chunk of his pro career in the Big Easy.

Asked if Hill will play Sunday, Payton repeated two words he said over during his 12-minute conference call: "We'll see." He did add that New Orleans has no plans to sign another quarterback before Tuesday's NFL trade deadline, saying he's comfortable with the quarterbacks on roster as they currently stand.

But he wouldn't commit to bringing back Hill and re-inserting him at the top of the lineup, either.

"We're satisfied with the quarterback room," Payton said. "This is going to be the $6 million question, and honestly, we're going to look closely at what's best for our team and this team. As the week progresses, we'll see how we want to play it out. We'll be ready to play Sunday."

Former Notre Dame starter Ian Book is also on the Saints' practice squad. Speaking purely hypothetically, Payton said it would be extremely difficult to integrate a new quarterback into the Saints' current system, and a move to add another signal caller would have to come with one that is "a very quick study," in any event.

The insinuation is that no currently available quarterback in the NFL fits the billing.

"Hypothetically speaking, I think depending on if it's been done every year, the one thing in our league is that it happens all the time at different positions. When it happens at quarterback, it's more significant because of all the nuances of learning the position," Payton said. "Typically, that player has to be pretty smart, a quick study. It's something that is not unusual, but maybe what's more unusual is if someone has to come in and play very soon. But that would be a hypothetical situation; I think it's a challenge, yes."

So, will it be Hill taking snaps under center on the next available NFL Sunday?

Here's how other former local high school and college football standouts from Utah fared in Week 8 of the 2021 NFL season.