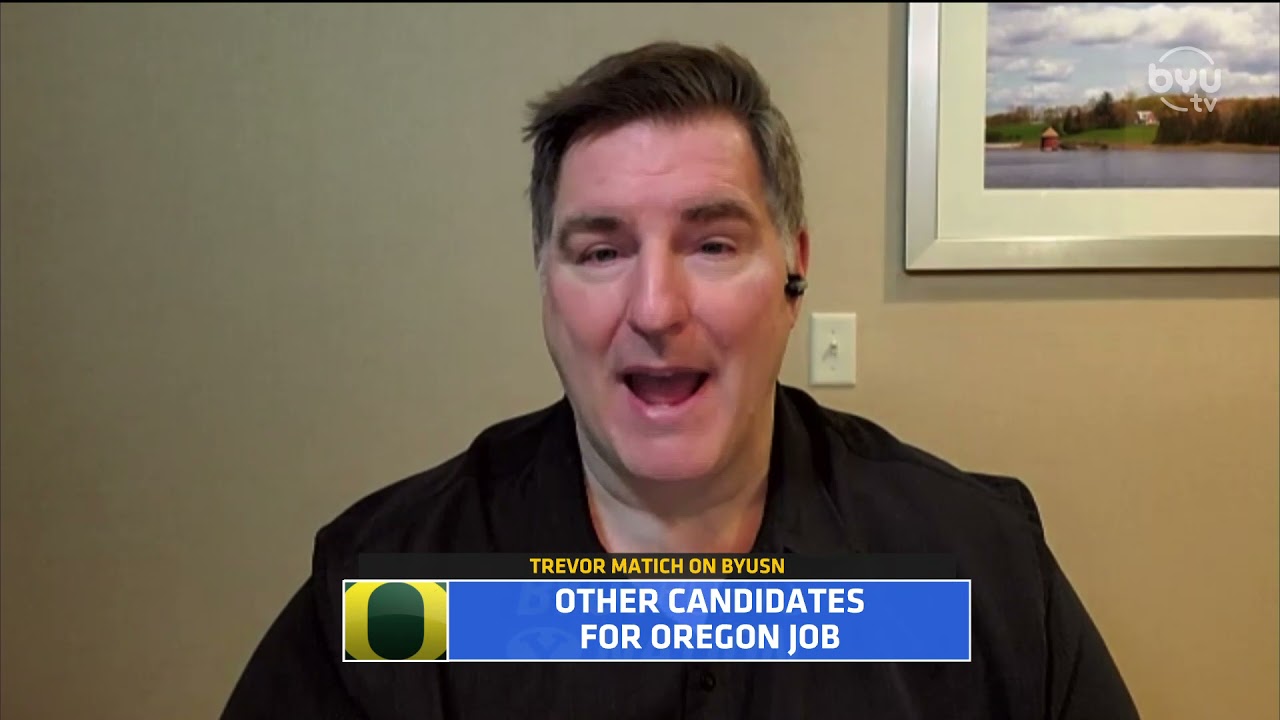 PROVO — Kalani Sitake is taking a spin on the wildest coaching carousel in years.

The Ducks have also asked for permission to interview Cal head coach Justin Wilcox, a former Oregon defensive back and native of Eugene, according to Canzano. The veteran reporter and sports radio host added that at least two other candidates are squarely in the mix, with one of them from the NFL.

The Ducks are looking to replace head coach Mario Cristobal, who was named to the same position Monday at Miami, his alma mater. Cristobal went 35-13 in four seasons with the Pac-12 North giants, including a 23-9 mark in conference play.

Oregon Ducks have talked with BYU coach Kalani Sitake about their coaching vacancy, per source.

Tedford has reportedly reached a deal to return to Fresno State as its next head coach, while Kelly has the 31st-best recruiting class in the nation according to 247Sports and fourth-best in the Pac-12.

Dick Harmon of the Deseret News previously reported Monday that Oregon were trying to interview Sitake for the open position. How deep into those talks the Ducks went remains unclear, but sources inside the BYU athletic department confirmed to KSL.com that there remains interest in the sitting BYU head coach.

But will Sitake be the head coach for the Dec. 18 game in Shreveport, Louisiana? With the early signing period beginning next Wednesday, schools are under immense pressure to have a coach in place to preserve their recruiting classes for the upcoming year. A dogged recruiter, Sitake definitely knows that.

The head coach with a 48-28 overall record and soon-to-be five bowl appearances in six seasons has preached the value of loyalty to his alma mater, even going so far to say he would love nothing more than to be "the Polynesian LaVell Edwards," a nod to his college coach and the College Football Hall of Famer.

But money talks, and Oregon has plenty of it. Bankrolled by Nike founder Phil Knight and other prestigious alums, the Ducks can double or triple Sitake's own salary with no problem — and perhaps more importantly, provide the resources necessary to attract the best coordinators, assistant coaches and recruiting staff to the west-coast power.

The Ducks have plans to build a 170,000-square foot football-only facility that includes 130,000 square feet of practice space and another 40,000-square foot "connector" to the current football building, the Hatfield Dowlin Complex. The school plans to unveil the brand-new, state-of-the-art indoor facility in time for the 2024 season.

The new football facilities being built at University of Oregon are amazing‼️ #GoDuckspic.twitter.com/ER8pFGwjio

Mullens told reporters during a video conference Monday that plenty of interested parties had already inquired about the open job, which followed high-profile openings at USC, LSU, Florida, Notre Dame and Oklahoma, among others.

"My phone is blowing up, there's no shortage of interest," Mullens said, according to the Register-Guard in Eugene, Oregon. "For us, it's about finding the right leader. We have incredible support inside of the program, outside of the program, and we will lean on those guys as well.