Man in custody after police say he threatened family, officers with gun

A Weber County man is in police custody facing several charges in connection with an incident where police say he fired a gun in a home and threatened family members and police officers. (Kristin Murphy, Deseret News)

OGDEN — A Weber County man is in police custody facing several charges in connection with an incident where police say he fired a gun in a home and threatened family members and police officers.

Yosino would later tell the police that he intended to commit suicide by cop, the affidavit says. Eventually, he came outside of the home without any guns and was taken into police custody.

Following a consented search of the home, police recovered a shotgun and a pistol, the affidavit says. They also found a bulletproof vest, a broken door and a bullet hole in the ceiling as well as drug paraphernalia, including a plastic bong, the document says.

Police say Yosino's sister told officers her brother had forced his way into a room where she was, damaging a door, and held a shotgun lengthwise to both their heads before firing the gun once into the ceiling.

He also admitted to firing the gun inside the home and to ownership of one of the weapons and the drug paraphernalia, the affidavit says.

Yosino was booked into the Weber County Jail for investigation of aggravated assault, discharge of a firearm, transaction of a firearm by a restricted person, possession of drug paraphernalia, intoxication, criminal mischief, and unlawful use of alcohol by a minor, according to a police booking affidavit. 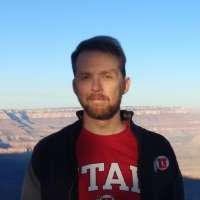