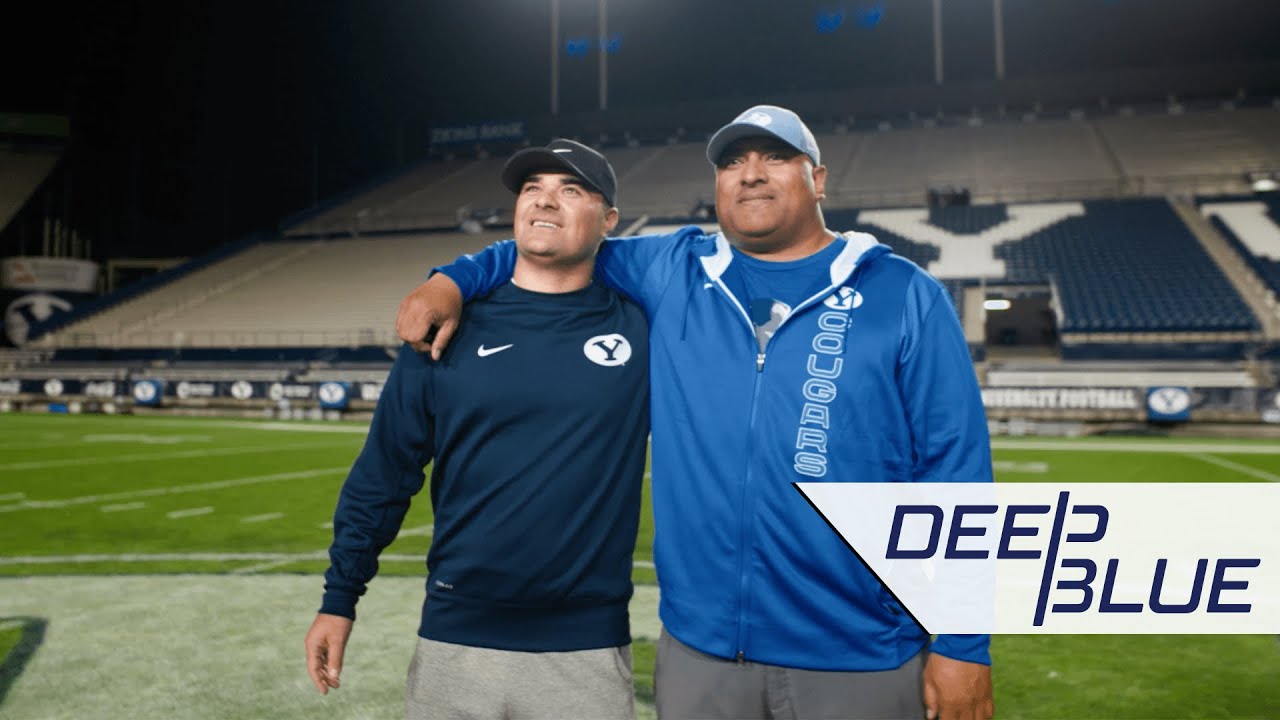 PROVO — BYU football players have plenty for which to be thankful this holiday season.

The 13th-ranked Cougars are 9-2 on the year, one win away from clinching consecutive 10-win seasons in over a decade, and spending the Thanksgiving weekend in sunny Southern California, where the historic Los Angeles Memorial Coliseum awaits them with a chance to go 5-0 against the Pac-12 with a win over USC.

But that's only the surface of the Cougars' gratitude this Thursday, when they practiced briefly in the morning before splitting up to the homes of coaches and local teammates to celebrate and give thanks with families.

For most on the team, being a part of head coach Kalani Sitake's program has taught them a lot about gratitude, and it seems fitting to share it this week.

"Being a part of the BYU football team has taught me to appreciate the little things in life," said starting safety Malik Moore, the team's co-leader in interceptions from San Diego. "For instance, the fans that came to the Georgia (Southern) game and packed the stadium. We have fans that watch our games at 2 a.m., when we are playing at 8 p.m. It is those type of things that we have to be so grateful for.

"Being grateful and celebrating the little things that happen in our program has really carried in my life, just appreciating waking up each day."

In six seasons leading his alma mater, Sitake has tried to stress gratitude within his program. That mantra came to a head in just his second season, when the Cougars went 4-9 and prompted a series of changes in the offensive staff.

It's the only season to date that BYU hasn't gone to a bowl game under Sitake. But just three years after that low point, the Cougars were polishing off an 11-1 record, No. 11 final ranking in the Associated Press Top 25, and a win over future Big 12 rival UCF in the Boca Raton Bowl.

Sitake went from the hot seat to being listed among candidates for larger job openings like Washington, USC and Arizona, and he even reportedly turned down a chance to coach at UCLA before the Bruins hired Chip Kelly in 2018. The depth of those conversations remain a mystery, but the apocryphal account bears mentioning for illustration's sake.

Today we're thankful for our Savior, good health, our families, and for you Cougar Nation! pic.twitter.com/YVPyfoyzvh

Because with that success, however, the first Tongan-born head coach in Football Bowl Subdivision history tries to stress gratitude.

"It's part of the values that we have," Sitake said. "Humility allows us to learn. It gives us the ability to increase our love. We can never say thank you too much."

Gratitude has shaped Sitake, ever since he was a child, when his family moved in with cousin (and current BYU wide receivers coach) Fesi Sitake and his family following his parents' divorce. Fesi Sitake's family became a second home for Sitake, who described what it meant to have the influence of Fesi's late mother Linette in a moving "Deep Blue" feature from BYUtv.

"We didn't have a maternal presence," Kalani Sitake said. "Having Linette be that for us was huge."

The Cougars will head to Southern California on Friday with plenty of goals in mind, and a reunion in place with former BYU players Vic So'oto and C.J. Ah You, not to mention former Corner Canyon and Roy High quarterback Jaxson Dart and Layton's Tayler Katoa, who both have friends and former teammates on the BYU roster and were even briefly recruited by Sitake's coaching staff.

But the Cougars will carry a spirit of gratitude into that reunion.

"They are a thankful group," Sitake said. "It's been a lot of fun, but groups would be better if they focus on being thankful. I'm grateful for our group."

It's part of their DNA, and something about which they speak "every day," cornerback Kaleb Hayes said.

"Like, literally every day. At meetings, after practice, even when we're outside on the field," Hayes added. "Love and learning is a real saying, and we really do believe it."