Utah climbs to No. 19 in latest College Football Playoff ranking; BYU at No. 13 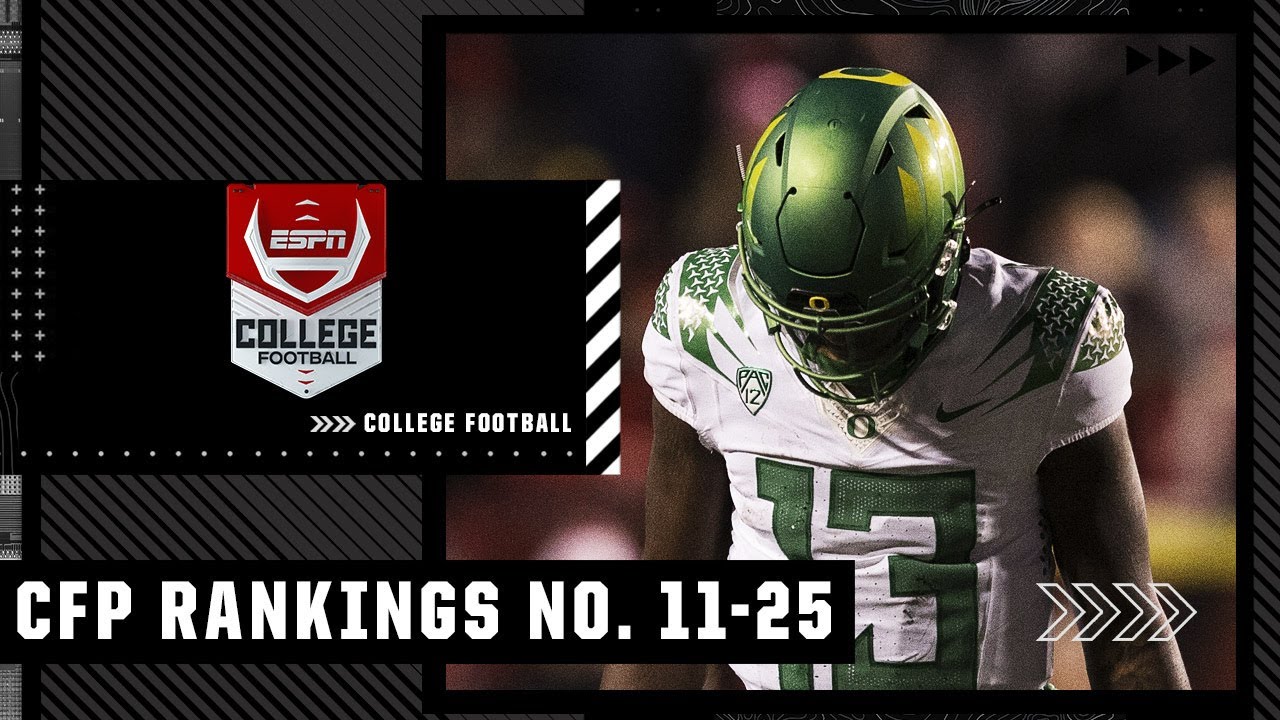 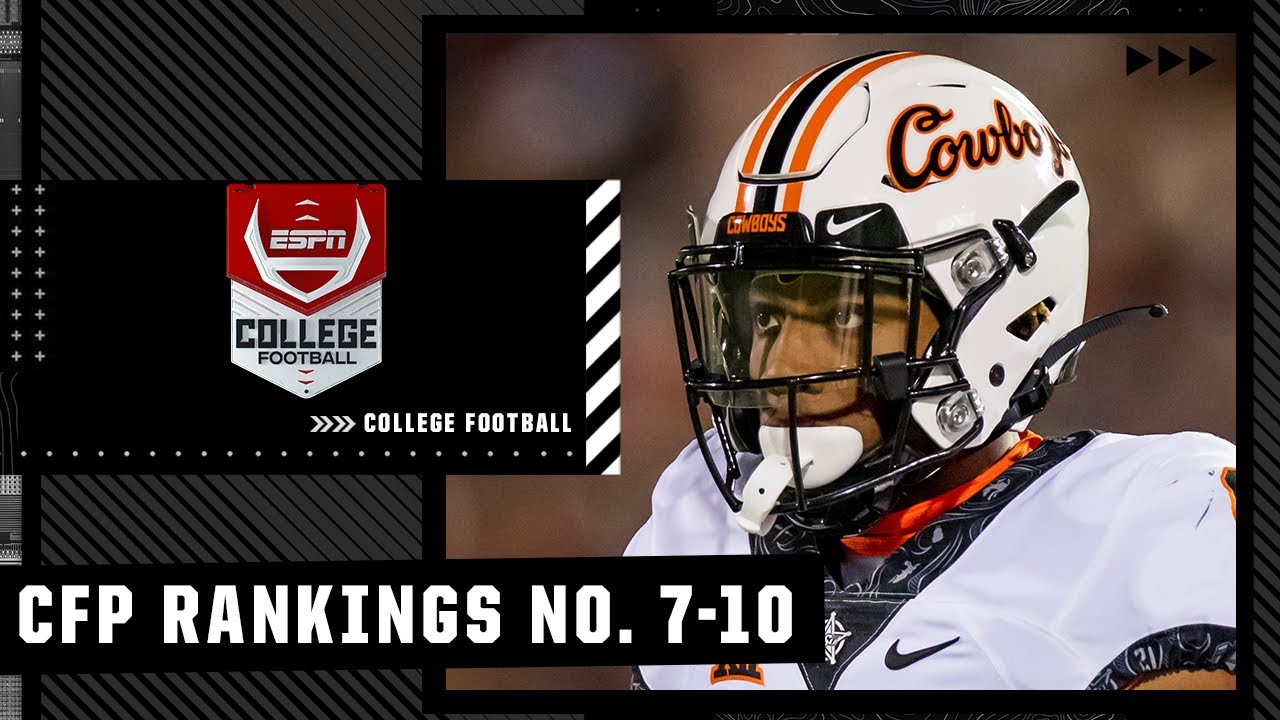 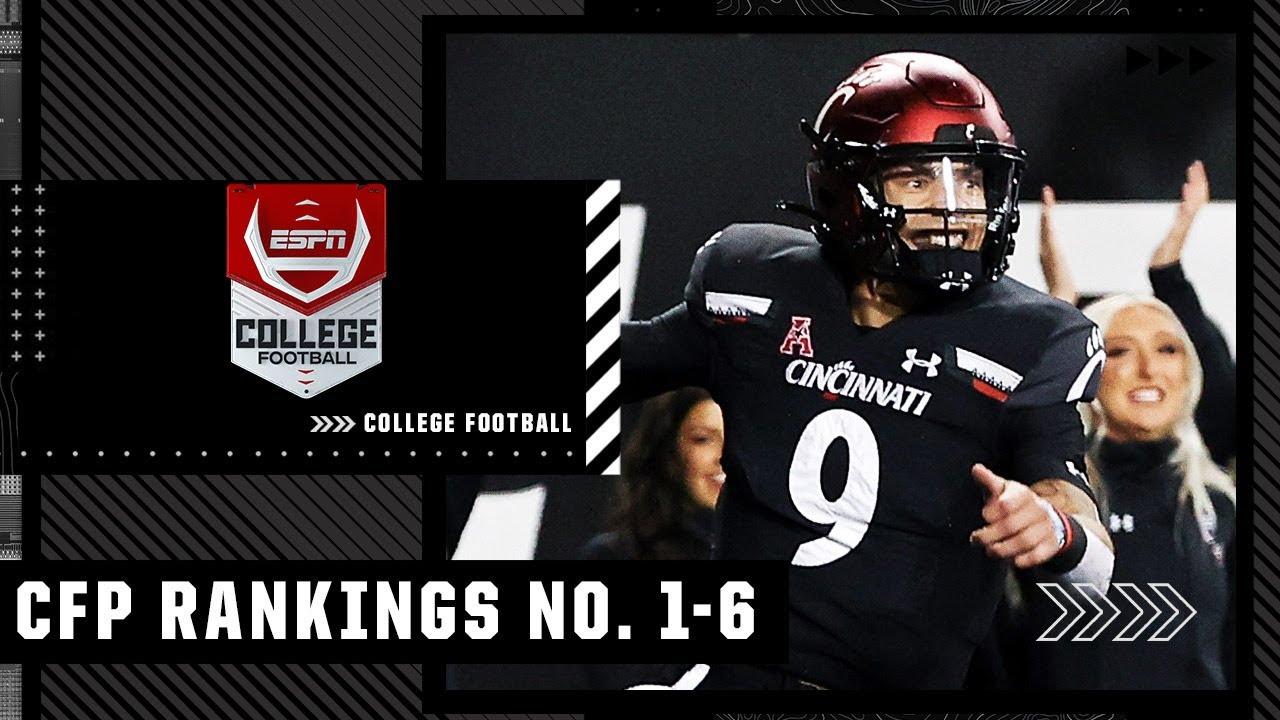 The University of Utah climbed four spots to No. 19 in the latest College Football Playoff rankings Tuesday night, just behind No. 13 BYU in the latest release by the selection committee on ESPN.

The Cougars inched up one spot after a 34-17 road win over Georgia Southern.

That climb was based on the Utes' 38-7 rout of Oregon, which tumbled to No. 11 with its second loss of the season. As such, Cincinnati became the first non-Power Five team ranked in the committee's top-four when the undefeated Bearcats inched up to No. 4 — and a potentially historic spot in the four-team playoff at the end of the season.

Georgia (11-0) remained the No. 1 team in the committee's rankings, just as the Bulldogs have been unanimously picked by the Associated Press voters and panel of AFCA coaches. Ohio State (10-1) and Alabama (10-1) round out the top four, with Michigan and Notre Dame in the top six.

All Cincinnati (11-0) has to do is win out the regular season at East Carolina, followed by an American Athletic Conference title game against No. 24 Houston, and the position is theirs. Easy, right?

So send a "thank you" to Utah, with a post-script to Ohio State, as well. The Buckeyes' dominant win over the Spartans — combined with Oregon's loss to the Utes — opened a path for the Bearcats, who also have road wins over No. 6 Notre Dame and Indiana to their credit.

"The win at Notre Dame has always impressed the committee; the strength of schedule is always a conversation with Cincinnati," playoff selection committee chair Gary Barta said. "It was still a conversation this week, but they played an 8-2 SMU team and controlled the game, both offensively and defensively."

The latest rankings also lay out a path for a New Year's Six bowl bid for the state of Utah's top Football Bowl Subdivision programs. For Utah, the path is easy — win, and you're in.

But Utah is in the midst of its own playoff — one that starts Friday in the regular-season home finale against Colorado, where the Utes are 24-point favorites. Keep winning and claim the first Rose Bowl berth in program history.

Beyond the Buffs, that path will take Utah to a Pac-12 championship game against one of three opponents from the North. Oregon will claim the spot with a win over Oregon State, which needs a win and Washington State to lose to Washington in the Apple Cup to book passage to Las Vegas.

Washington State could also clinch the North division with a win over the Huskies and Oregon State's victory in its own rivalry game.

But for Utah, the path was made clear by the immortal words of the late Raiders owner Al Davis: Just win, baby.

For BYU, the path to a New Year's Six at-large berth is a bit more complicated, but still possible. The Cougars need to jump into the top 12 — a win at USC, where BYU is 6-point favorite — can definitely help.

But they'll also need some help from a few at-large teams ahead of them. A loss by No. 9 Ole Miss in the Egg Bowl on Thanksgiving night would certainly help, as would losses by No. 10 Oklahoma, No. 7 Oklahoma State and No. 8 Baylor in the Big 12 — or another loss by Oregon, be it to the Beavers or the Utes (again).

Barta said teams are compared against each other in "pods," including a top-four pod and a next-four pod that has garnered comparisons with Cincinnati in both cases. It's safe to assume, then, that BYU will be judged not only by its own merits but by the teams around them. How BYU wins out the season — the proverbial "style points" — probably matters less than what Michigan State, Oregon, Oklahoma and Ole Miss (among others) do down the stretch.

"Every team's a little bit different in their style, and the committee watches every team and starts to recognize their style," Barta said in responding to a question about Oklahoma State, but referencing everyone else. "I don't say this to be sarcastic, but if you win 23-0, if you don't let the other team score, you're going to win. Defense wins championships, and all those things.

"The challenge is: Can that defense hold up against a much more dynamic offense? ... If you're a complete team, you have both sides of the ball."

Still, like their in-state rivals, the next step remains the same: a win on Saturday night (8:30 p.m. MT, ESPN).

"It's good recognition for our players, and that's about it," BYU offensive coordinator Aaron Roderick said. "We just need to keep winning, and we've got one more game. We'll see what happens.

"It doesn't really do much good to react to it unless we win Saturday."

If you can't see the complete CFP rankings below, click here.