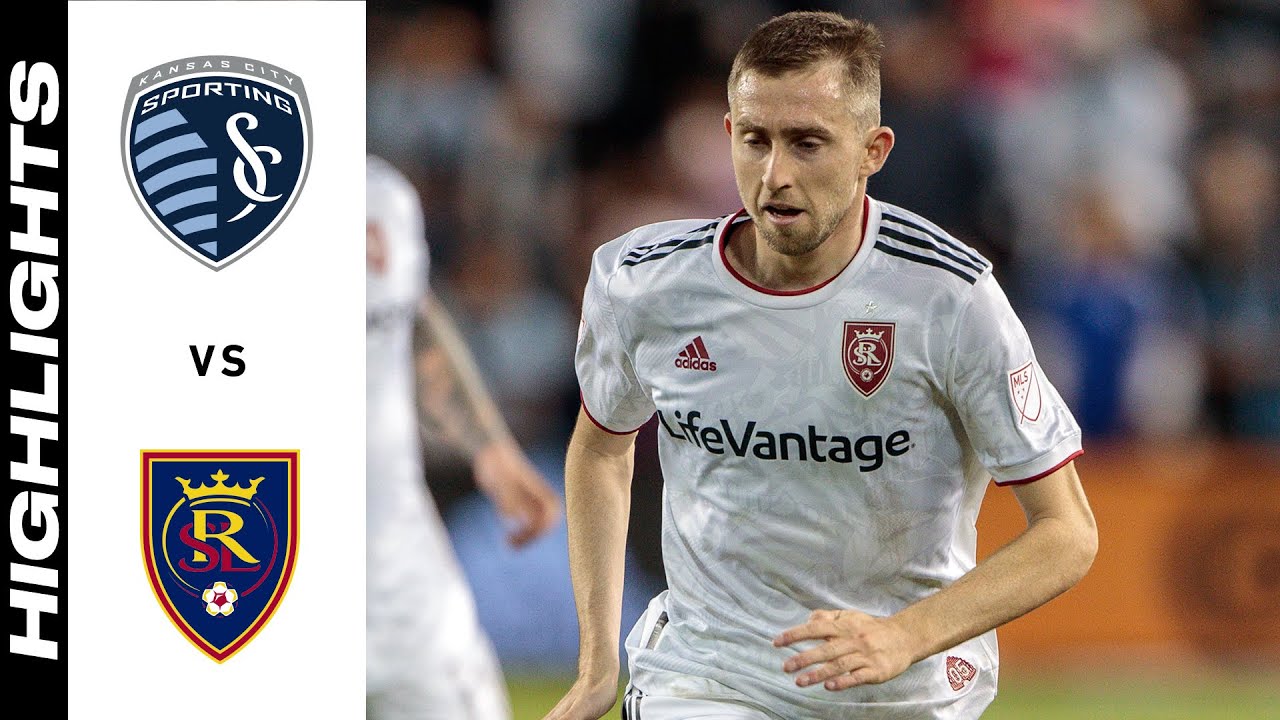 SANDY — The objective was clear for Real Salt Lake: Win, and you're in.

After all of the scenarios, all of the math, and all of the missed opportunities that could have clinched a berth in the MLS Cup Playoffs for the past two weeks, all RSL had to do in Sunday''s final match of the season — or "Decision Day," for those who follow league outlets — was win at Sporting Kansas City.

Ninety minutes past, and nothing came — until Damir Kreilach had a chance in the final minute of stoppage time.

Kreilach scored a goal in the 95th minute, and David Ochoa made four saves to make it stand up as Real Salt Lake defeated rival Sporting Kansas City 1-0 at Children's Mercy Park, clinching a playoff berth in the final minute of the regular season Sunday in Kansas City, Kansas.

In the third match where RSL (14-13-7, 49 points) needed a win to clinch a playoff berth, Salt Lake finally got it done. After conceding four goals to San Jose and three more to Portland, the club ditched the three-man back line took to the road on a mission.

Justin Meram just missed on a bicycle kick, but the resulting ball fell to Kreilach, who converted his team-high 15th goal of the season to send Salt Lake through to the MLS Cup playoffs in the most dramatic fashion.

Whether a broken goal or an assist, it doesn't matter. For Kreilach, Meram's effort was the best — just as it has been all year for the Iraqi international and MLS journeyman with five clubs since 2011.

"It was a great assist from Justin. I don't know if he wanted to shoot or not, but at the end of the day, it couldn't be better," Kreilach said. "I thought I was in an offside position, but I looked to the ref and didn't see the flag up. I shot, and then crossed my fingers they weren't going to call offsides. It was a perfect moment."

So, too, was the goal scorer. A native of Vukovar, Croatia in the former Republic of Yugoslavia, Kreilach came to Salt Lake in 2018 following six years and 33 goals in 157 appearances at Union Berlin.

But the 32-year-old Swiss Army knife of midfielders has made a home on the Wasatch Front, earning a contract extension through at least the 2023 season — and likely as long as he wants to keep playing, as multiple club officials have said on numerous occasions.

So when RSL needed a goal and the clock was running out on a trialing and troublesome season that ended without an owner or a full-time head coach, there was only one person who could find the back of the net.

No offense to Meram; his volley was the perfect set up for an even more perfect ending to the regular season.

"It's almost ironic; he's one of the biggest team players," said RSL interim manager Pablo Mastroeni, moments after being doused and sprayed by several rounds of "adult beverages" in the visiting locker room at Children's Mercy Park. "In my conversation with him this week, he told me, 'Pablo, where ever you need me.' It didn't matter if it was at center back or the (midfield) six; he's so unselfish in his commitment to the group.

"I think it's only fitting that all the accolades are being showered on him with all the goals that he scores. Goals are such a self-aggrandizing experience — but he's willing to do whatever it takes for the group. When you've got guys like Dami and Albert and talk about a team, you talk about guys giving of themselves for the better of the group. These two guys have been the best leaders that any manager could ever want."

Ditto for Albert Rusnak, the club captain with the quietest of double-doubles — 11 goals and 11 assists in 34 matches, all starts — who took it upon himself to make sure Real Salt Lake was in the right headspace for Sunday's regular-season finale.

Maybe Sporting Kansas City, which entered the match with an outside shot at the No. 1 seed in the Western Conference, would beat RSL. But Salt Lake wasn't going to beat itself.

Kansas City dropped to third in the West with the loss and will open the playoffs against Vancouver. Portland will host Minnesota in the other conference quarterfinal.

RSL didn't have a shot on goal until the 74th minute, when Meram — who checked in as a substitute mere moments before — landed one on frame. And yet it didn't matter; Ochoa kept the clean sheet, Mastroeni reverted the three-man back line experiment to a a traditional four with Justen Glad, Marcelo Silva, Aaron Herrera and Andrew Brody, and each player took his job seriously — right down to the subs, including Meram, Bobby Wood and Anderson Julio who helped flip a shots deficit into a 15-12 edge by the final whistle.

"We followed the plan, what you want to do today, and as long as possible, keep a zero in the back," Kreilach said. "It would've been great to go into halftime one or two up, but we knew who we played.

"We were so disciplined, we were as a unit defensively, and again offensively, too. It was a huge win tonight, and as I said before, thanks to everyone."