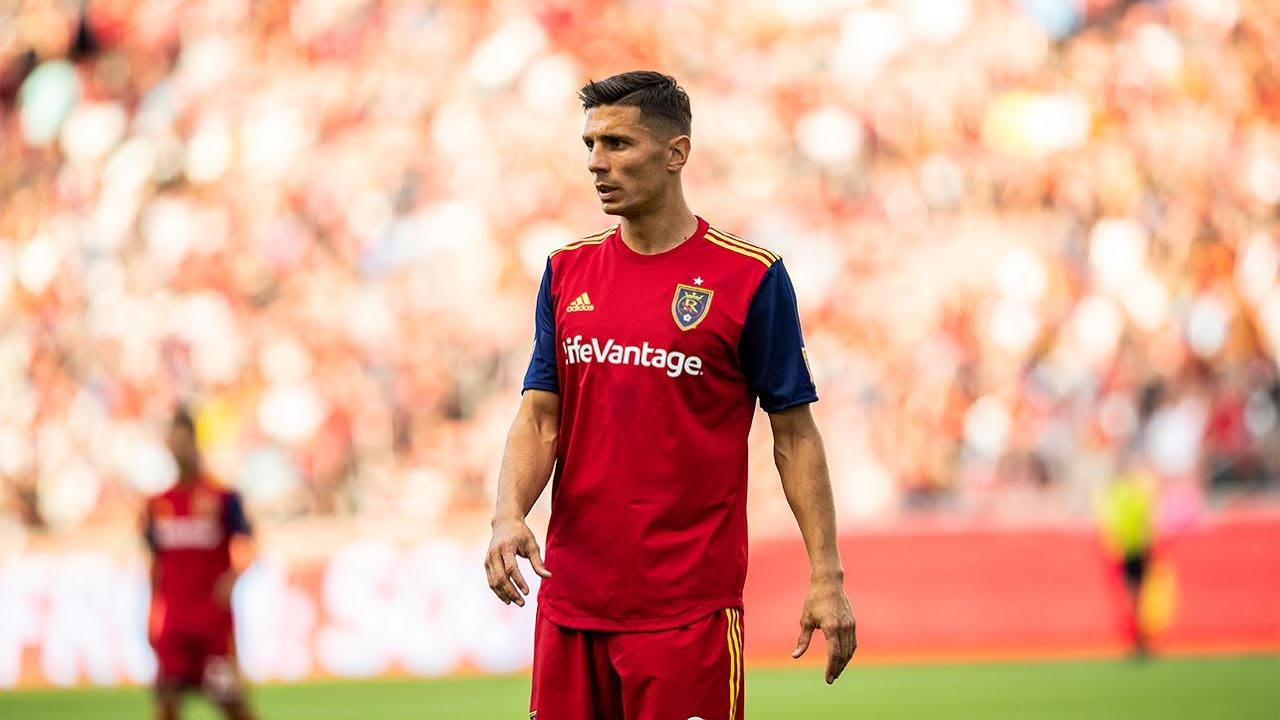 Beyond the Pitch: Damir Kreilach

By any other name, it’s hard to imagine where Real Salt Lake would be without sterling midfielder Damir Kreilach.

On Friday, both sides made sure there wouldn't be any doubt where Kreilach would be for the next three years — in Salt Lake City.

The 31-year-old midfielder signed a multi-year extension with the only club he’s known in Major League soccer, keeping Kreilach in an RSL uniform through at least the 2022 season, with a club option for 2023.

The extension comes in the final year of Kreilach’s three-year deal with the club following a stint with Union Berlin in Germany, in a coronavirus-shortened season that has still seen Kreilach score a team-best five goals in 11 appearances, including 10 starts.

So the formality of the extension came as little surprise to either side.

"It was like the (other) negotiation between the front office, my agent and myself, but I want to say it was pretty easy," Kreilach told reporters Friday morning. "I wanted to stay with RSL.

"RSL gave me everything, and I wanted to thank them for that. I found myself here, especially because I see the future can bring us to a higher level than we are right now."

On Kreilach's first day with the club, he walked into the locker room and called out each of his new teammates by name. Over the past three years, he's done the same with coaches, staff and team employees — right down to the cooks and custodians, RSL coach Freddy Juarez said. He's even done that with members of the club's outside media corps, a rarity in today's sporting landscape.

"Damir is that guy that you hear in all of the stories that knows the custodians and knows the cooks," Juarez said. "He’s a good footballer, but when you find a player like that, it’s a blessing. We have a few of them. You bring guys for what they can do on the field, but those are the type of players that keep the team together."

“Damir is that guy that you hear in all of the stories that knows the custodians and knows the cooks.” #RSL

If the option is exercised, Kreilach would be 34 years old at the end of the new deal.

And if he retires in Utah?

Kreilach didn’t want to address the end of his career — football is life, he said — but general manager Elliot Fall wasn’t afraid to entertain the thought of Salt Lake being the final landing spot in the Croatian’s tenured career.

"We’d love for Dami to retire as an RSL player," Fall said. "He embodies what we want to be, from an on-field perspective, in the locker room, and in the community; he checks all the boxes.

"We want him here as long as he wants to be here."

Since arriving just prior to the 2018 season, Kreilach has assimilated into the fabric of the club and local soccer community with aplomb. He quickly became a fan favorite, both for the team-high 23 goals and 14 assists he’s had in three seasons since his arrival, as well as his pre- and postgame interactions with fans, club personnel and media alike.

The way he’s scored the goals is impressive, too: with his head, with his high-angle strikes, and with an array of moves that appear to be straight out of the 1984 classic "The Karate Kid," earning him the fan-made and team-approved nickname "Cobra Krei," or "The Kreilach Kid."

That’s also just the way Kreilach plays. If age is just a number, so is his position, which has ranged from the two-way No. 8 to the defensive-minded No. 6 in the midfield. He even played the No. 9 striker role for Union, though that hasn’t appeared as much in an RSL uniform.

"Honestly, I’m comfortable with that," Kreilach said of his multi-position skillset. "Whatever position I played, first of all, I want to help my teammates and my team get results.

"Whatever position I play, I am very happy to stay on the field and to try to help the team get good results."

But Kreilach's time with RSL is defined by more than goals and assists, and even more than wins and losses. He's always available to talk to the media, and is a frequent interview after losses — even after the club's humbling 5-0 defeat to Rocky Mountain rival Colorado last week. Every time, he remains upbeat and positive, but also honest and forthcoming about his own and his team's performance. He also visits with fans during pregame and postgame visits, taking pictures, snapping selfies and signing autographs. And he's been a fixture in the community, even as he's adapted to raising a young family in the shadows of the Wasatch Front.

If midfielder Kyle Beckerman is still the face of Real Salt Lake — and there's no reason to assume he isn't — Kreilach has quickly become the club's heartbeat, visiting with club employees after every match to thank them for providing photos, videos and Instagram posts to send his family back home.

After taking questions from local media Friday morning, Kreilach thanked each one of them for covering him and the club, an act that perhaps means a little bit more to a European footballer who still has family that scours reports and updates on their relatives on the other side of the Atlantic Ocean. If he could’ve reached through the Zoom video call to shake each hand individually, he would have, based on the smile on his face and the way he sat in front of the camera until a team spokesperson ended the meeting.

For Kreilach, RSL is more than a club — it’s a family. And every person connected to the family, whether by choice or profession, is a member of it.

"This is what I said from the first day I came here, first of all how the team welcomed me and my family very well," he said. "Sometimes it’s not all about soccer; it’s all about life and family. It’s a big point for me to be a part of (RSL)."

Fall stressed the midfielder’s versatility and multitude of positions played during his tenure in Salt Lake — from center forward to holding midfielder. But equally important, he stressed the ability to keep an international midfielder along the spine of its team and in the locker room.

"There’s no question that played a huge role into the decision-making process, and I think it’s something we try to do regularly," Fall said. “We really like to emphasize the type of people we bring into our locker room.

"That said, Dami is extremely productive on the field, too. He’s been our leading scorer for several years, and we brought him in as a two-way midfielder. Dami plays an integral role in every big goal.

"He’s the whole package," Fall added, "and that’s one of the reasons we really want him to be an anchor of what we’re doing moving forward."