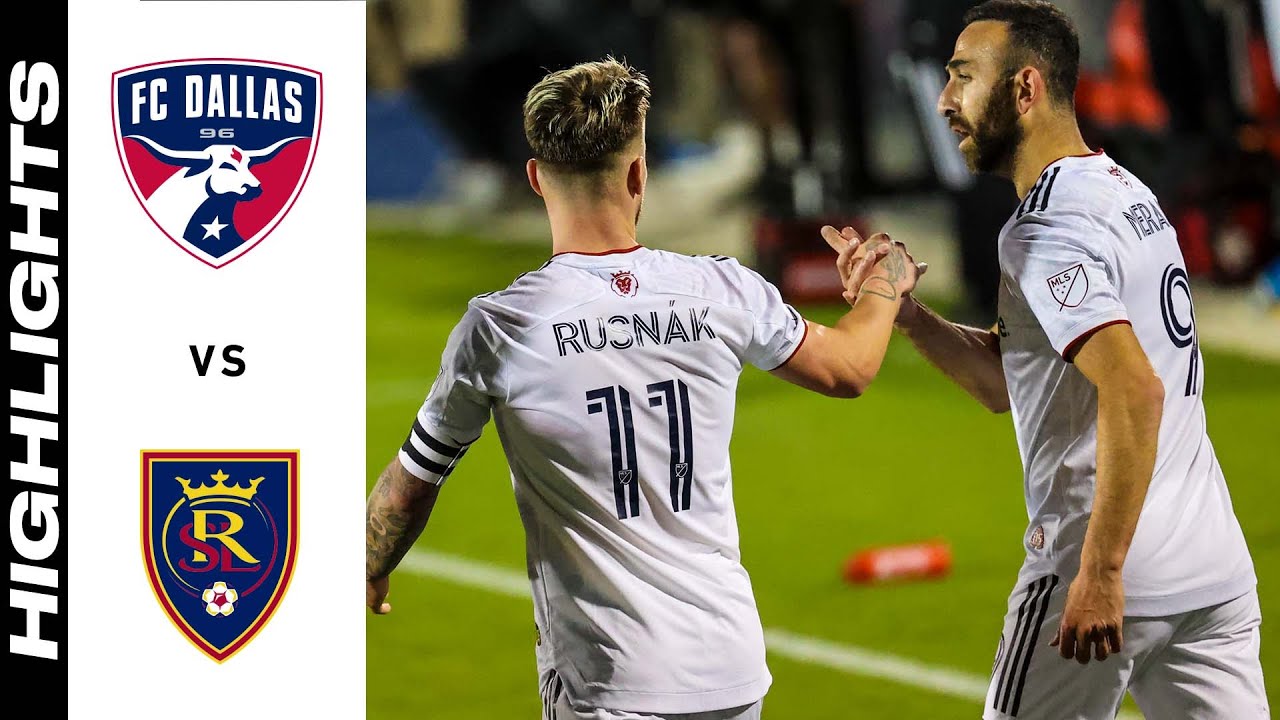 SALT LAKE CITY — Real Salt Lake had their backs against the wall, and interim manager Pablo Mastroeni knew he had to roll the dice to keep his team's playoff hopes from slowly fading down 1-0 midway through the second half at Dallas.

Fortunately for the Real Salt Lake boss, bringing a player like Justin Meram off the bench is hardly a risk.

Damir Kreilach added a goal for RSL (13-13-6, 45 points), which snuck just a point above the playoff line with the victory. The win was Real Salt Lake's second win in 21 tries at FC Dallas, a team which had already been eliminated from playoff contention.

"It's about time he got me an assist," Meram joked with the post-match broadcast crew, later calling Rusnak's goal was "world class." "I love Albert; he works hard and does a lot of things for this club. He made me feel at home when I came to this team. That's why he's captain of this team."

Kreilach scored his team-high 15th goal of the season on an assist from second-half substitute Meram to pull RSL equal with the struggling Hoops, finishing off an 80th-minute cross to equalize after the visitors had played behind for all but the first 20 minutes of the match. That set up Rusnak's late-match goal, giving RSL the lead after trailing for all but the final moments of regulation.

"You have 15 minutes, no time to waste. It's crunch time, it's playoffs," Meram said. "Three games left now, and we were down on the road. To come back and get a win, you've got to fight and find that will — give it all you got.

"Subs make differences all around the world in every league. I just tried to come in and get on the ball. I had a shot that hit the crossbar, and that kind of fueled me to keep going. It gave me a little confidence."

Absolutely HUGE goal from Albert Rusnak late in the game to take the lead! Wow. #RSLpic.twitter.com/7pmO7jHrFa

Still, it was FC Dallas (7-15-11, 32 points) that made its mark on the game early — and late — outshooting the visitors by double digits in the first half.

FC Dallas held Salt Lake to one shot on goal, outshooting the visitors 15-3 before the break. Matt Hedges gave the Hoops a 1-0 lead, finishing off a ball from 17-year-old Justin Che with his header in the 20th minute to give FC Dallas a lead it would never give up.

But "you've got to risk big to win big," interim manager Mastroeni said after the match. And the former Colorado head coach's big risk paid off with a big reward — a vital three points that may turn the fortunes of Real Salt Lake, from struggling bubble team into the playoffs in a season of tumult, one played without an owner and without a full-time manager since Freddy Juarez took an assistant job in Seattle in August.

Meram is hardly a risk — the 32-year-old winger has been with MLS since 2011. But the risk was pushing more attacking players forward — and Meram made the "risk" look smart on Mastroeni's part.

"We've had some great chats the last few months about his role, to always be ready to come in and make a difference," Mastroeni said. "I thought the last few weeks of training, he was bright.

"I thought tonight was the highlight of what Meram can bring to this group. He's great quality in the attack .... In football, you don't need a lot of time to contribute and I think Meram made the most of his minutes tonight."

Kreilach equalized in the 80th minute, finishing his 15th goal of the season off a through ball from Meram and giving the visitors new life for the final 10 minutes as Rubio Rubin entered as a late substitute.

It was one of Meram's first touches of the match for the second-half sub, who entered in the 74th minute for Joni Menendez and immediately made an impact by striking a right-footed shot off the post just two minutes later.

His next touch didn't miss.

"He changed the game," Rusnak said of Meram. "This is what you want from the substitutions ... to make an immediate impact. It's not always easy; you come in cold, and the game is fast-paced."

The journeyman winger found Rusnak with the go-ahead goal on the onset of stoppage time, slipping a 90th-minute cross that Rusnak finished with his toe to give RSL its first lead of the match.

But every match is a must-win game for RSL — or at least, it feels that way for the players — to make the playoff. That begins Saturday, when the club returns home after two weeks away from Rio Tinto Stadium to host San Jose.

The Earthquakes are on the verge of playoff elimination, eight points behind Salt Lake — and would love nothing more than to play spoiler with three matches remaining.

Kickoff for the penultimate home match of the season is scheduled for 1:30 p.m. MT on KMYU.