Have You Seen This? You'll love what Tom Brady did for this BYU fan who beat cancer 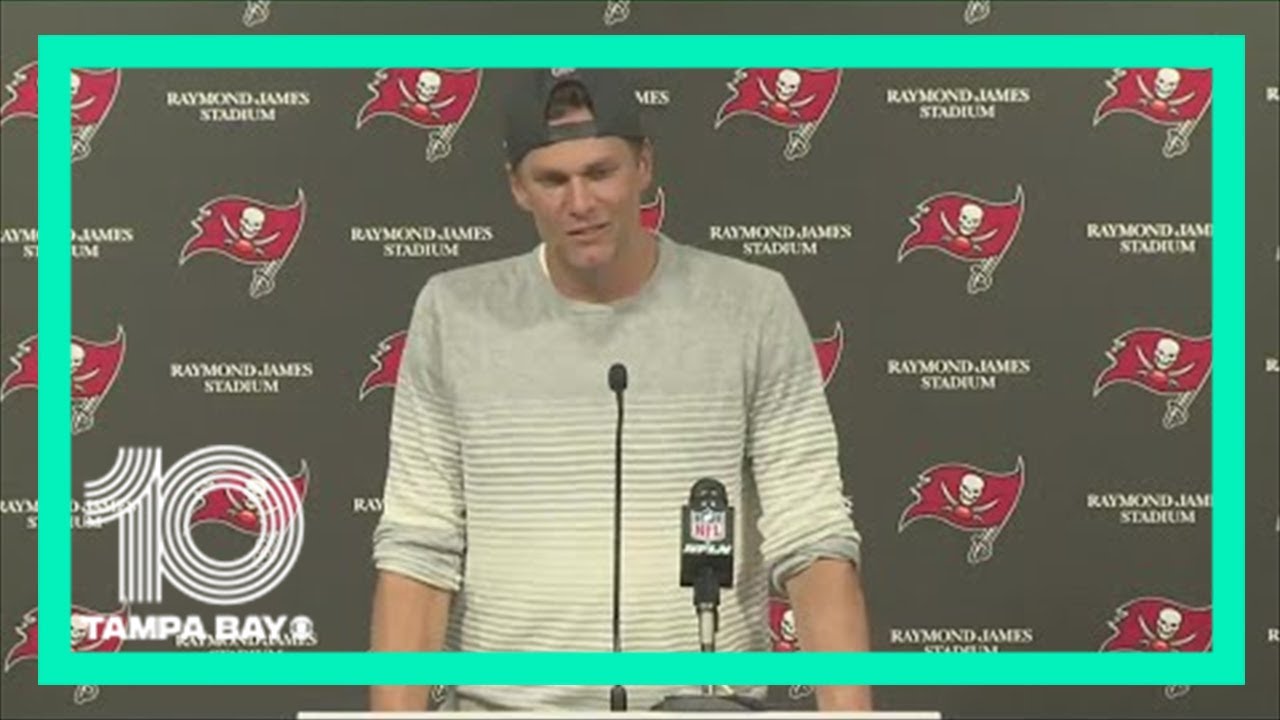 CRYING — Tom Brady became the only quarterback in the history of the National Football League to throw 600 touchdown passes in Tampa Bay's 38-3 win over the hapless Chicago Bears in Week 7 of the NFL season.

But that's not why Brady added another notch in his argument to be the NFL's all-time G.O.A.T.

As the clock ticked down the final seconds following Brady's 211-yard, four-touchdown performance, the 44-year-old quarterback jogged over to a young fan at Raymond James Stadium and did something even the most anti-Buccaneers fans or Brady hater can only respect.

The fan came with a sign, one that brought tears to several peoples' eyes — "Tom Brady helped me beat brain cancer," it read, surrounded by the cancer ribbon and Brady's iconic No. 12.

When Brady got to the front-row seats, he waved at the kid, shook his hand, and said something, then gave the youngster a Buccaneers hat. The fan was unable to hold back tears — and he wasn't the only one.

"That was really sweet," Brady told reporters after the game. "Obviously, tough kid, man. Puts a lot in perspective with what we're doing on the field. In the end, it doesn't mean much compared to what so many go through.

"We all try to make a difference in different ways, and I think so many guys commit times to their foundations and to doing good things for the world. And the NFL does a lot of great things, so it's just nice to — I always think, you know, do the best that you can do, under any circumstances. It was nice to see."

The young fan is Utahn Noah Reeb, a BYU football fan who was part of a new form of proton radiation therapy to treat a brain tumor discovered in February.

When Brady heard about Reeb's battle with cancer, he sent the 9-year-old a video to encourage him during the fight.

"Hang tough. You're going to do great; I know it."

In August, Noah's mother Jacque Reeb said that new scans showed no signs of a tumor in Noah's brain or spine. The youngster has been categorized as "long-term remission," and will continue to be tested until he turns 18.

"If you know Noah (and you've seen most of his wardrobe), this personal message from his No. 1 all-time, no comparisons, hands-down GOAT of all GOATS, MVP 7-time Super Bowl winning quarterback TB himself … was a dream. Still is a dream," his mother Jacque wrote on Instagram in March. "We watch it every day. It was sent to us at a very tender moment, coincidentally. Noah and I were in the car (still parked in our driveway) emotionally broken down, having a heart to heart about mental toughness through adversity. Then, out of the blue, this.

"What?!! We both looked at each other and started sobbing more, then laughing. There are no words to thank the few friends that took the time to reach out and use their biggest circles of influence, with all the hope that this could happen for him. And it did."

Brady received the game ball after Tampa Bay's win, a special honor because it was the ball with which he threw his 600th career touchdown pass — and one wide receiver Mike Evans accidentally gave away to a fan in the front row.

"The trainer came over and asked for it," said Byron Kennedy, a Bucs fans and native of St. Petersburg, Florida. "What am I gonna do, say no to Tom Brady? He asked for the ball back, and I didn't really need the ball. It was cool that I got to hold it, take pictures with it — and Tom Brady wanted it, so I gave it back."

More than a game ♥️ pic.twitter.com/8sWRqneTzm

But what has drawn so many to the former sixth-round pick out of Michigan is what he does off the field. Brady has been known for caring about people, including through his TB12 Foundation, which provides free post-injury rehabilitation care and training to young underprivileged athletes. His first book "The TB12 Method: How to Achieve a Lifetime of Sustained Peak Performance" became the No. 1 best-seller on Amazon just 48 hours after it was published, and eventually soared to the top spot on the New York Times' weekly Best Sellers list in 2017.

But he's also shown that he cares about people — not just football players, coaches, employees and fans. During a recent virtual tech conference with Provo-based Qualtrics, Brady said caring about employees is the biggest success a company can provide in a dialogue with founder and Utah Jazz owner Ryan Smith.

"To me is what makes a great team, a great culture, about a group of men, a group of women, that all believe that they can get something accomplished together," Brady said during the April conference. "You don't have to worry about them; they don't have to worry about you. They do their job, you do your job, you've set a great culture, you align on a goal and you work toward it."