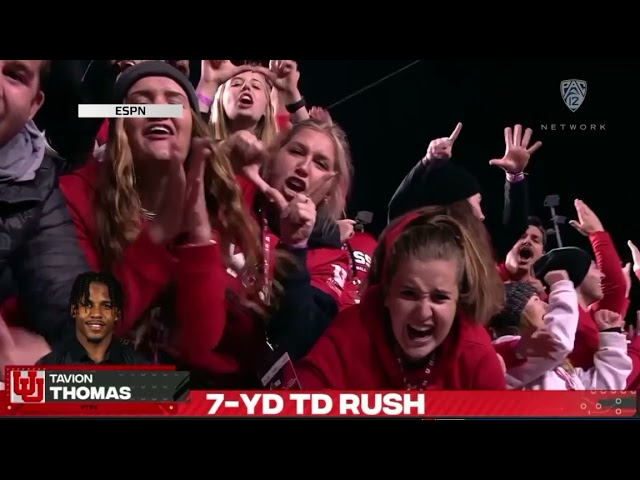 SALT LAKE CITY — In the summer of 1969, Creedence Clearwater Revival's song "Bad Moon Rising" hit No. 1 in the United Kingdom and No. 2 in the United States. It served as a defining song for the band led by guitarist and songwriter John Fogerty, and it is still easily recognizable some 52 years later.

The song was written by Fogerty as an anthem of sorts to an era in turmoil — civil unrest, assassinations to prominent figures like Martin Luther King Jr. and Sen. Robert F. Kennedy, and other problems through the world.

"I see the bad moon a-rising / I see trouble on the way / I see earthquakes and lightnin' / I see bad times today."

And while the band initially had a difficult time seeing the song live up to its earlier hit of "Proud Mary," according to Fogerty, the recording of the song couldn't have gone any smoother. "We were all on the same page, trying to make our band go," Fogerty said. "It was actually a very happy time."

The song about turmoil had suddenly lifted the band known as CCR to greater heights as it became a household name.

On Saturday, that same song served as an anthem to a new era in Utah football — not necessarily some grandiose moment but one that signaled a change in Utah's trajectory for the season. The turmoil of the early part of the season — offensive inconsistency and back-to-back nonconference losses — is in the past and it's time to ride the success of a new regime.

The bad moon is Cam Rising and he's here to see the bad times away.

The sophomore quarterback from Ventura, California, who has injected life into a program that has dealt with unspeakable adversity over the last year, has Utah back in the drivers' seat in the Pac-12 South division.

Since officially taking over the starting job ahead of Utah's game against Washington State, Rising is undefeated in conference play and has an entire program believing in his #thiccboi7 powers. And while Rising is the first to deflect the credit, he's also the one that has helped spur the success.

Rising is QB1, but he's also a leader that people listen and respond to on the field. And though it would be easy to spew leadership platitudes, Rising has backed it up with his play on the field and has Utah suddenly looking like one of the best teams in the Pac-12.

"He's the kind of guy that is infectious with his leadership and his attitude and his juice that he brings to the table," Utah head coach Kyle Whittingham said. "And that is permeating through the rest of the team."

On Saturday, Rising followed up a 306-yard, three touchdown performance in the program's first-ever win at the Los Angeles Memorial Coliseum and erased a 21-7 halftime deficit against No. 18 Arizona State to pull away for a 35-21 win at a raucous Rice-Eccles Stadium. Although not perfect, Rising finished the night throwing for 247 yards and two touchdowns on 21-of-33 passing in the win.

Rising also added a 9-yard rushing touchdown behind a masterful blocking moment by the offensive line and tight end Dalton Kincaid down field for Utah's first score of the game.

With wins over two of the perceived toughest South division opponents, Utah has found a connection with Rising. It's certainly a team effort — Utah has looked more like a connected team the last few weeks — but Rising is ranked No. 2 in the country in total QBR at 88.8, just shy of Ohio State's C.J. Stroud, and he has lifted the Utes to the 30th most efficient offense in the country, according to ESPN's Football Power Index.

Utah now has a 67.0% chance of winning a division title, according to ESPN, and sits in the drivers' seat with six game to go in the regular season. It's the highest odds of any team in the conference, edging out North division favorite Oregon at 60.8%. Utah also has the best odds to win a Pac-12 title at 35.5%, according to ESPN, narrowly edging out Oregon at 35.1%.

And while the last three games have been a coming out party for Rising and Utah's offense, the job is anything but finished for the Utes, even if ESPN's FPI has the Utes favored in all six games left in the regular season. But Arizona State is also favored in its remaining five games of the regular season — leaving little room for error along the way.

The toughest game, at least on paper, is Saturday's road contest in Corvallis, Oregon. Utah holds a narrow edge (favored by 3.5 points) over Oregon State, which is tied in first with Oregon atop the North division, and has a 52.9% chance of beating a tough Beavers team that has improved each season under head coach Jonathan Smith.

"We've got everything we want right there in front of us and we've just got to go take it," Rising said.

The path is set, but the Utes hope to not see the moon set on their hopes at a third division title in four season.