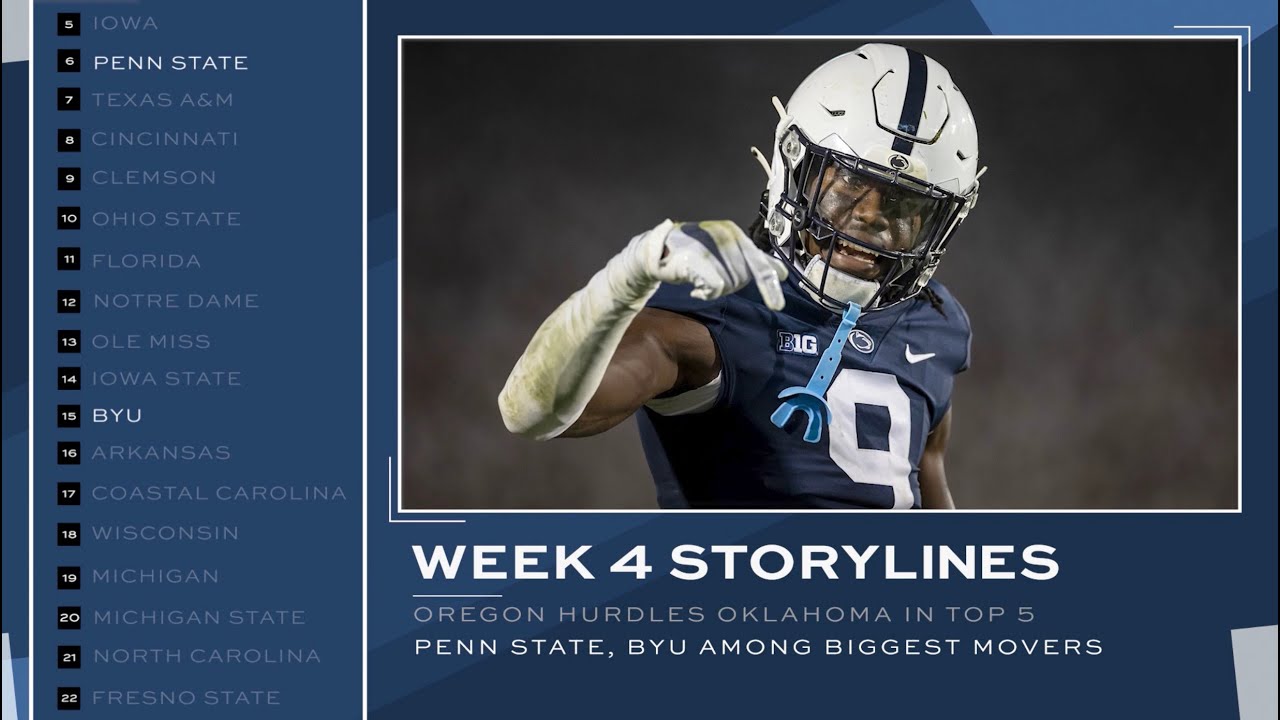 PROVO — After a third-straight victory over a Pac-12 opponent, BYU made its biggest jump of the year in the national rankings.

The Cougars jumped up eight spots to No. 15 in Sunday's Associated Press Top 25, just over 12 hours after BYU's 27-17 win over then-No. 19 Arizona State at LaVell Edwards Stadium.

The names in the top-five in the AP poll remained unchanged, led by No. 1 Alabama (3-0) and No. 2 Georgia (3-0). No. 3 Oregon (3-0) and No. 4 Oklahoma (3-0) alternated next, followed by fifth-ranked Iowa (3-0). Oregon and Oklahoma swapped spots during a mostly unchanged transition to Week 4 across the top 12, which included Penn State jumping up from No. 10 to No. 6 follow the Nittany Lions' home win over Auburn.

Texas A&M, Cincinnati, Clemson and Ohio State round out the top 10, followed by Florida and Notre Dame.

The Cougars also improved to No. 16 in the latest USA Today Coaches Poll following the win. Utah State received two votes in that poll after the Aggies' first 3-0 start since 1978 following another comeback win, this time to beat Air Force in Mountain West play.

BYU opened the season unranked after the most successful season in over a decade, one that ended with an 11-1 overall record and No. 11 finish in the final AP poll. After spending the first week of the season unranked, they climbed back into the Top 25 with a win over then-No. 23 Utah and rocketed up the poll to their highest position since then with Saturday night's win.

If you can't see the complete Top 25 below, read it here.