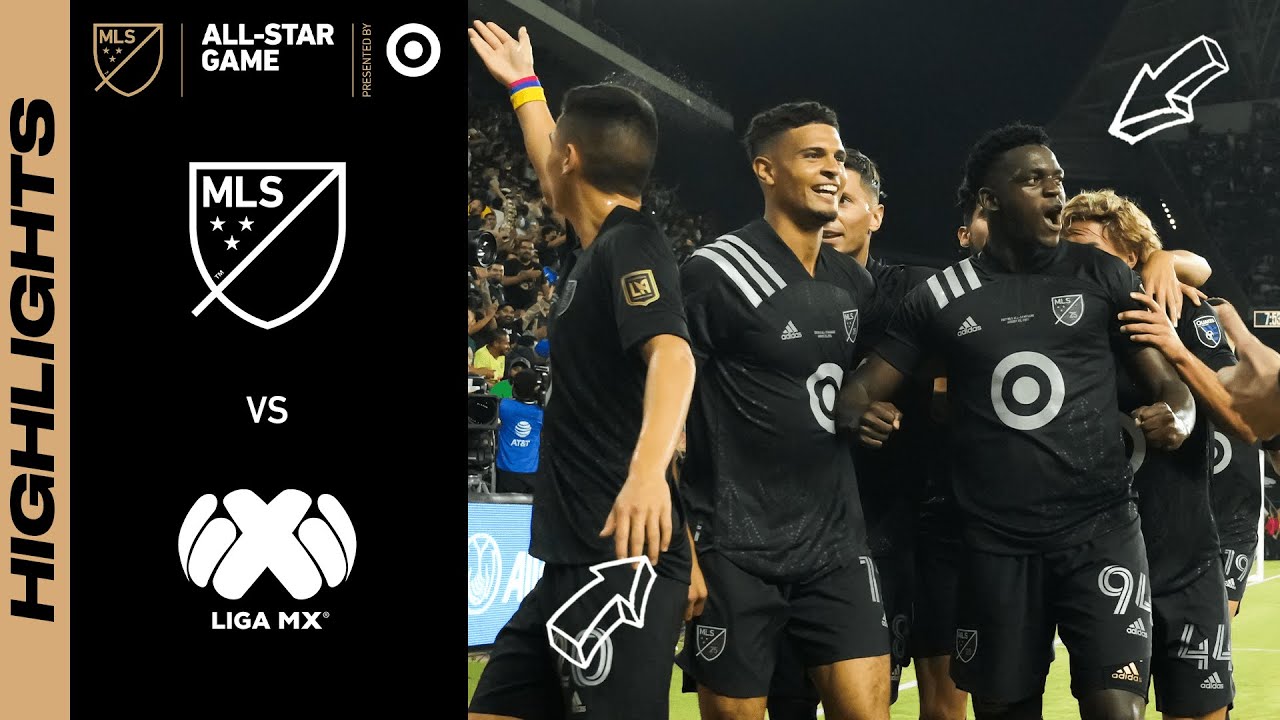 The MLS team won the shootout 3-2 after finishing regulation tied 1-1.

Liga MX MVP Jonathan Rodríguez scored in the 20th minute of regular time, and Jesús Murillo evened it on a header off a cross from Los Angeles FC teammate Eduard Atuesta early in the second half.

The penalty shootout was a thriller: Turner won the game's MVP award by stopping shots by Rogelio Funes Mori and Salvador Reyes, and Pepi — an 18-year-old Mexican-American prodigy from Texas — finally ended it on MLS' fifth attempt.

Pepi's score was the latest achievement of a remarkable week for the Mexican-American prodigy from Texas. After being courted by both countries' national teams, he is expected to confirm Thursday that he has chosen to represent the U.S. internationally when he is selected for the upcoming World Cup qualifiers.

"To get called up to the national team and then get the win for MLS, it feels great," Pepi said. "You guys can see the MLS is getting better and more competitive."

The first-ever matchup of these leagues' top players in MLS' midseason showcase was the latest step in the increasingly close ties between the U.S./Canadian league and Mexico's top division. The leagues already hold two team cup competitions with hopes for even more interleague play, and both leagues agree a full merger is a real possibility in the coming years.

"Winning a match against the best players in Mexico feels so good," MLS captain Raúl Ruidíaz said. "It proves our league is growing. We enjoyed this a lot."

The Los Angeles festivities were dampened earlier this week when MLS' two biggest Mexican stars — the Galaxy's Javier "Chicharito" Hernandez and LAFC's Carlos Vela — both dropped out with injuries. Inter Miami's Rodolfo Pizarro was the only Mexican-born player on the MLS roster, which had a handful of Liga MX veterans.

"Guys put a lot into the game," Atlanta defender Miles Robinson said. "Obviously, coming out with a win can definitely prove something. We have some great players in the league, and we were very good tonight."

MLS was once well behind Liga MX in quality of play, but players from both leagues agree the gap has closed significantly in the past few years. These All-Star teams appeared to be quite well-matched as they played to a draw in regulation.

"It's amazing to be here with all these great players," said Guillermo Ochoa, the veteran Club América goalkeeper who played part of the first half. "It's great for the fans because they can see these players live. I would love to be here again next year."

Banc of California Stadium was packed with 22,118 fans from a U.S. metropolitan area where the Mexican national team is easily the most popular soccer institution.

Early in the first half, the game was paused after fans participated in the infamous homophobic chant that remains irresistible to some Mexican fans despite FIFA sanctions against their national team because of it. Fans largely stopped doing the chant on goal kicks after the warning, but many did it again during extra time in the second half.

Liga MX went ahead when América defender Jorge Sánchez delivered a long cross to Rodríguez, who controlled it and scored for the latest achievement in the Uruguayan veteran's remarkable calendar year. Rodríguez won Balón de Oro as Mexican football's most valuable player last year while leading Cruz Azul to its first Liga MX title since 1997.

Rodríguez even won the MLS All-Star Skills Challenge for Liga MX on Tuesday night, hitting the crossbar from about 45 yards to end the event.

The MLS All-Stars evened it in the 53rd minute when Atuesta's cross found his fellow Colombian's head. Murillo has excelled in his first MLS season at this stadium.

MLS coach Bob Bradley used a starting lineup featuring all six of Western Conference-leading Seattle's All-Stars. Ruidíaz, who spent two seasons with Morelia in Liga MX before joining the Sounders in 2018, was joined by Cristian and Alex Roldan — the first brothers to play on the same All-Star team — along with Yeimar Gómez Andrade, Nouhou Tolo and Joao Paulo.