Welcome to the Great Resignation, where burnout meets opportunity

The refrain has been picked up by millions of U.S. workers who are, amid ongoing pandemic conditions, leaving their jobs at a pace never before seen.

But what's on the minds of the people, in Utah and across the country, driving this resignation phenomenon?

The U.S. Bureau of Labor and Statistics reports 4 million people quit their jobs in April, the largest number ever recorded by the agency and a figure that represents 2.7% of the labor force. May data, reported last month, shows the quit rate, which does not count those who leave their jobs due to layoffs or retirement, slipped to 2.5% or about 3.6 million workers, but is still hovering in record territory.

Economists haven't been able to identify any single, overarching factor that's driving the exodus but instead point to a perfect storm of circumstances, including a red-hot U.S. job market that's simply making it an opportune time to wave goodbye to yesterday's toil.

While the wave of quitting may be seen by some as a sign of overall worker optimism, at least a portion of those seeking more verdant pastures, like U.S. health care workers, have simply been burnt out by their time on the front lines in the ongoing battle against COVID-19.

An April study that tested the sentiments of nearly 28,000 University of Utah Health system clinical and nonclinical faculty, staff and trainees found that 20% of respondents, 1 in 5, are considering leaving their professions.

Researchers said the findings suggest that "retaining highly trained doctors, nurses, and scientists in the aftermath of the COVID-19 pandemic could be the next great health care challenge."

The study's senior author — professor and chairwoman of the U.'s Department of Population Health Sciences, Angela Fagerlin — said the data was particularly troubling when taking into account the scope of training and education that is required of health care professionals.

"It's sobering to learn that, during a time of economic recession, at least one-fifth of our workforce were considering leaving their jobs because of the severe levels of stress they were experiencing," Fagerlin said in a statement. "Many of these are people who have spent five to 10 years of their adult lives training to do this kind of work. Yet, it's so overwhelming and burdensome that they were potentially thinking about giving it all up."

While the study was conducted wholly within U. Health's system, researchers believe the results could have broader implications.

"We suspect these disturbing trends likely exist within other health care systems nationwide," Rebecca Delaney, the study's lead author and a postdoctoral research fellow at the University of Utah School of Medicine, said in a statement. "These findings are alarming and a warning sign about the morale and well-being of doctors and nurses, as well as nonclinical health care scientists and staff."

It's sobering to learn that, during a time of economic recession, at least one-fifth of our workforce were considering leaving their jobs because of the severe levels of stress they were experiencing.

And other research suggests pandemic-related fatigue is pushing plenty of non-health care employees back into the job market, as well.

A report released this spring by Utah-based human resources management innovator BambooHR of 1,000 U.S. remote employees found high levels of burnout and dissatisfaction among those who have been working from home amid COVID-19 restrictions.

Most of those workers also believe they lost money during the pandemic, thanks to pay and promotion freezes, while also feeling that they worked more hours and even, in some cases, had to use time off to stay caught up with their job responsibilities.

Not surprisingly, this list of grievances also led to a very high rate among remote workers who participated in the survey who were contemplating raising the white flag. More than 1 in 4, some 27%, said they were considering looking for new jobs in the next six months.

"It's very normal human behavior that when you come up against something new, you step back and evaluate where you are at," Whitlock said. "During the pandemic more than half of remote workers are reporting they have to put in extra work to keep up and are having the experience of an always-on workday. 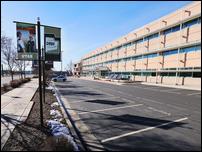 Are bosses ready to assess penalties on their remote workers?

A massive, global shift to remote work wrought by COVID-19 restrictions made, and is making, indelible changes to the workplace dynamic for most workers in Utah and around the world.

"We're seeing that the deep integration of home and work life for remote employees is leading to new concerns, and struggles, about maintaining the right work-life balance."

And, for some leaving or considering leaving current jobs, the change is being spurred by visions of new opportunities in a landscape much-changed by the public health crisis and a current jobs market where labor shortages have skewed the power balance decidedly in favor of job seekers.

Longtime tech and finance executive and former Utah resident Denise Leleux has built a career on looking for big challenges rather than aligning with any particular industry. She made a big career pivot in the midst of the pandemic, seeing yet another opportunity to innovate new solutions to big, complex problems.

Her sector agnosticism is on full display here, exiting a firm that's made a name for itself in building a highly automated accounts payable platform to join a tiny new operation earlier this year that's looking to upend the legacy auto shop world with new, we'll-come-to-you service provision.

Curbee's no-touch, zero interaction model for taking care of automobile servicing needs at the home of the owner seems perfectly timed for a world that's become used to limiting in-person dealings. And, it brings LeLeux back together with former colleagues from Tesla where Leleux led a team that developed the technology at the heart of that company's at-home service program for its all-electric fleet.

Amid pandemic conditions that have created a host of issues and opportunities for so many workers, Leleux said the conditions were just right for taking on the challenges that come with being the chief executive of a hungry startup.

"In a way the timing was perfect. ... I left (AvidXchange) before my sell-by date," Leleux joked.

"This has been a time when a lot of people are really questioning what they're doing and asking themselves hard questions," Leleux said. "I think the pandemic has touched everyone in a different way and for me, it helped me know that I was ready for this opportunity."

And LeLeux has plenty of company as she starts down a new professional path amid an ongoing public health crisis.

A Joblist/USA Today survey conducted late last month found 35% of U.S. workers reported they changed jobs in the last year. Most have segued to new positions but some bailed out to start their own businesses, take extended personal time or just explore other pathways.

And, the near term appears to be one of ongoing opportunities for those who choose to hit the eject button on their current gigs.

The Bureau of Labor Statistics reports record rates of job listings amid a resurgent U.S. economy, including 9.2 million openings in May alongside wage growth across most sectors.