Vehicles are parked outside the U.S. Capitol building the morning the Senate returned to session in Washington on Saturday. (Elizabeth Frantz, Reuters) 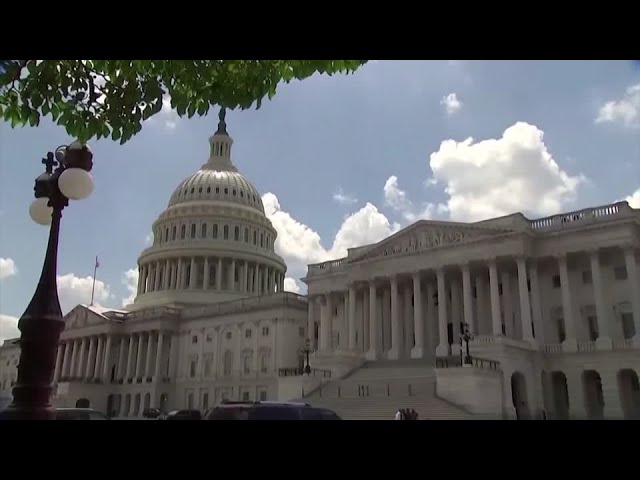 WASHINGTON — U.S. senators finalized details on Sunday of a sweeping $1 trillion plan to invest in roads, bridges, ports, high-speed internet and other infrastructure, with some predicting the chamber would pass the bipartisan legislation this week.

The massive infrastructure package, a goal that has eluded Congress for years, is a top legislative priority for Democratic President Joe Biden and would represent the largest investment in U.S. infrastructure in decades.

"I believe we can quickly process relevant amendments and pass this bill in days," Senate Majority Leader Chuck Schumer, a New York Democrat, said of the legislation after it was announced by a bipartisan group of senators.

"This is a really important bill because it takes our big, aging and outdated infrastructure in this country and modernizes it. That's good for everybody," said Sen. Rob Portman, the lead Republican negotiator.

I've got real concerns with this bill. All is not well with the way we spend money.

"This is big," said Democratic Sen. Joe Manchin of West Virginia "This will keep us going for five to 10 years and we can continue to build on it," he said of the long-term economic benefits of infrastructure investments.

However, the bill also drew criticism from some Republicans, who believe it costs too much.

"I've got real concerns with this bill," Republican Sen. Mike Lee of Utah said in a floor speech. "All is not well with the way we spend money."

It was not yet clear whether senators outside the bipartisan group that negotiated the bill will offer amendments that could pass and possibly upset the delicate coalition that was cobbled together.

If the bill passes the Senate, it must be considered in the House of Representatives, where some Democrats have blasted it as too small and the Democratic leadership has paired it with a $3.5 trillion "human infrastructure" bill to pour money into education, child care, climate change and other priorities.

Democrats want to offset that social spending with tax hikes on corporations and wealthy Americans earning more than $400,000 a year, measures opposed by Republicans, leaving the fate of both bills up in the air.

Individual senators' review of the final text, including detailed provisions to pay for it, will determine whether a sizeable bipartisan majority in the closely divided Senate can hold up.

So far, senators have supported a shell version of the legislation in procedural votes, including a 66-28 margin on Friday that included 16 Republicans.