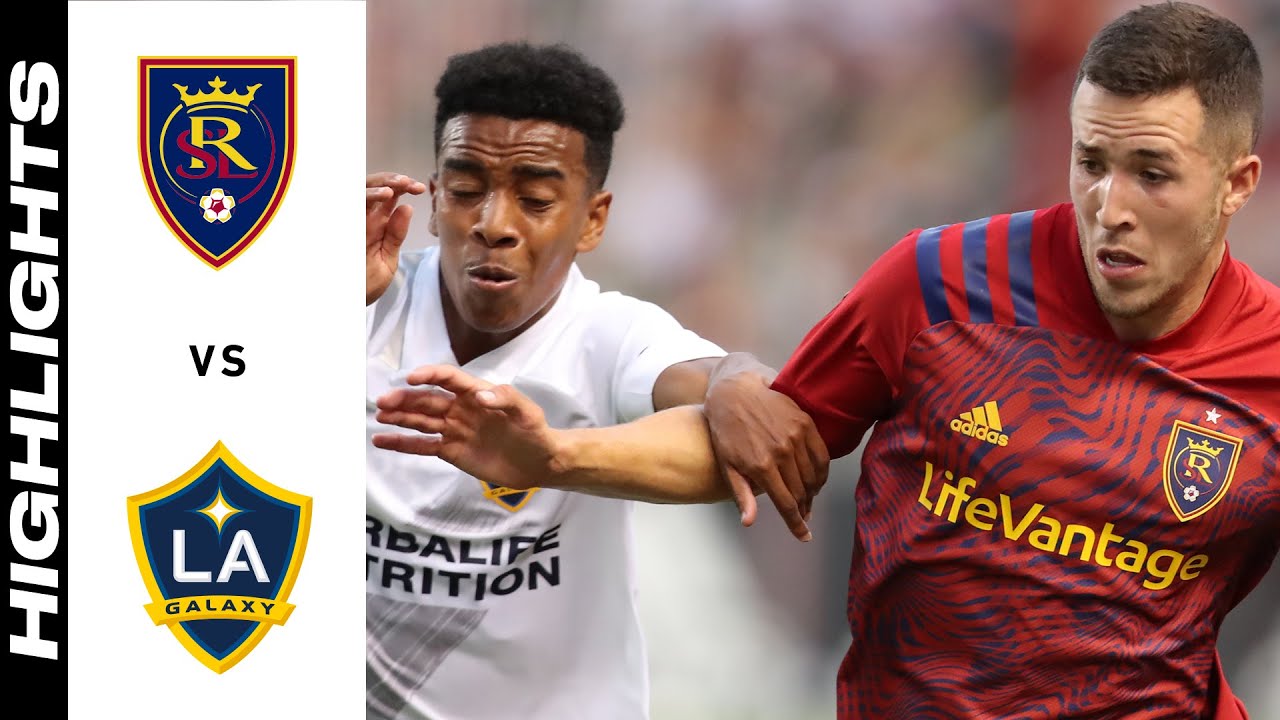 SANDY — Albert Rusnak hunched over the computer screen, his red warmup jacket zipped all the way up as he stared into the ether of a Zoom chat with local media for what likely felt like the billionth time.

Billionth — with a B — because it likely felt like the same meaningless script: the one where Real Salt Lake scores early, fends off a furious comeback, and falls or drops points in the final moments of a match it could have — some may even say, should have — won.

Dropped points. Ties instead of wins. A home schedule with just two wins in the first eight tries.

Wednesay's match didn't perfectly follow the same story, but it led to the same final chapter.

Rusnak and Maikel Chang each scored in the first 30 minutes, but Real Salt Lake couldn't hold its lead en route to a 2-2 draw with the Los Angeles Galaxy in front of an announced crowd of 16,169 fans Wednesday night at Rio Tinto Stadium.

Victor Vazquez pulled one back in the first half for the Galaxy (8-5-1, 25 points), and Rayan Raveloson found the equalizer in the 78th minute to help the visitors secure a point on the road.

"If it's for first-half results this year, we might be top of the league," Rusnak said. "We somehow in the second half just give it up.

"I don't know. It's not going to be an easy couple of days between now and the next couple of games. We've got to sort it out amongst ourselves. It can happen once or twice, but it can't happen so much like it has this year."

This team goal, though. 😍@realsaltlake take the early lead! #RSLvLApic.twitter.com/a0QgpckNuT

Real Salt Lake (4-4-5, 17 points) has dropped 14 points in eight matches at home, with Wednesday's result leading to a 2-2-4 record at Rio Tinto Stadium. Of the 14 points dropped, nine have come from winning position, including San Jose's late-gasp rally for a win and draws to Houston and Minnesota.

In a postmatch TV interview, Rusnak's emotions let loose as he was asked the question of "why" or "how" the club let an early lead slip away again.

"It's the same thing over and over again," said the team captain who scored his first goal from the run of play in 2021. "I have no answer. I don't know."

Rusnak's frustrated. So were Rubio Rubin and head coach Freddy Juarez when they addressed reporters following the match trying to explain a pattern that has plagued the team for too long.

"I'm just as frustrated as anyone else," Rusnak said, later adding: "We've got to sort it out. It's not the start of the season anymore. We're at the midpoint of the season."

The Galaxy were shorthanded in their midweek match, traveling without such standouts as Javier "Chicharito" Hernandez, Jonathan dos Santos and Sebastian Lletget. But the Galaxy took 52.7% of possession, outshot the hosts 12-11 and had six shots on goal to Salt Lake's four over 90 minutes.

Additionally, RSL passed at just a 77.5% clip compared to 83.3% for Los Angeles, and won just four corner kicks to the Galaxy's five.

It was a good night to host LA, and for a moment, RSL took advantage.

"You've got to be mentally stronger. You've got to be more tidy with the ball," Juarez said. "Today, it just became too much of an open game. We were excited to go forward, which is awesome for the fans … but if you don't connect a pass, you leave yourself exposed to counters the other way.

"It's too open. You're giving opponents a chance, and in the west, every team is very good. These guys were missing some players with big names, and even then they kept themselves in the game until they had an opportunity to get a goal … and then the game."

Rusnak opened the scoring in the ninth minute, finishing off a run of high pressure from the run of play. One match after scoring his first career goal, Aaron Herrera whipped a ball to a wide-open Rusnak in the middle of the box, and the captain ripped a left-footed attempt into the bottom left corner to convert the league-leading sixth assist by a defender for Herrera.

But unlike in previous first halves where RSL took the early lead, that wasn't the end of it.

Chang doubled the advantage in the 26th minute, taking a pass from Rubin at the edge of the area, dribbling across a defender, and smashing home his second career goal off his preferred left foot to put the hosts up 2-0.

For the first time since the 2-1 win road win over Minnesota United in the April 24 season opener, Salt Lake had two goals in the first half. It was only the fourth time in nine matches that RSL had scored multiple goals in a match — and there was still more than an hour left of play.

But it wasn't enough.

"We have to be much more savvy. We have to be killers," Rubin said. "We can't keep giving up these games with 15 minutes to go. It's disappointing, and it sucks."

Vazquez pulled one back in the 33rd minute, when the newly signed forward from Barcelona, Spain uncorked a right-footed shot inside the far post for his first goal of the year, and LA was down just 2-1 at halftime.

RSL goalkeeper David Ochoa put in a heroic shift, holding off the Galaxy with three saves in the first 30 minutes of the second half. But Raveloson headed home the equalizer in the 78th minute, finishing Julian Araujo's cross to even the scoreline at 2-2 with 12 minutes left in regulation.

"It's not going to be an easy couple of days between now and the next game," Rusnak said. "We've got to sort it out amongst ourselves. It can happen once or twice, but it can't happen so much like it has this year."