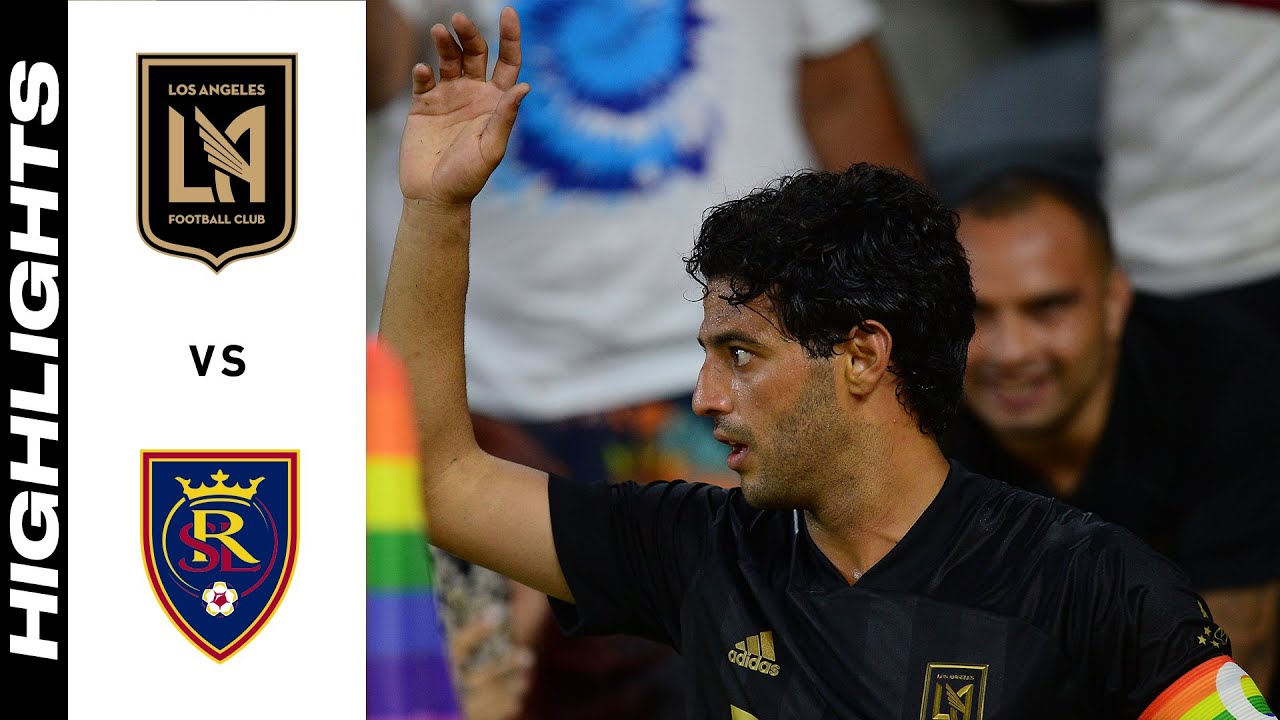 Almost being the operative word.

Aaron Herrera's goal and an outstanding individual effort in goal from David Ochoa were nearly enough to secure points from Real Salt Lake's trip to Los Angeles, its first of two matches against an Angeleno side.

The "almost" was until the 79th minute.

Carlos Vela scored the go-ahead goal with just over 10 minutes left, and LAFC took all three points from a 2-1 win over RSL at Banc of California Stadium.

The Mexican international played his own game of "crossbar" during the match, placing three of his six shots on target and having a penalty kick saved in the second half.

Diego Rossi scored the opener for LAFC (6-4-3), and Vela's goal in the 79th minute put LAFC on top after a dominating effort on the offensive end that came up short only because of an outlandish performance by RSL goalkeeper David Ochoa.

LAFC outshot Salt Lake 29-3, including a 9-2 margin in shots on goal with 56% of possession to win for the fourth time in five matches.

Vela struck a ball that sailed over the Real Salt Lake wall on a cross from Kim Moon-Hawn, and struck a left-footed shot into the gap over Ochoa's fingertips that gave LA all the scoring it would need.

"There aren't a lot of LAFCs in the league," RSL coach Freddy Juarez said. "This is a good team … and they now have a fit Vela and a fit Rossi. They're special players who took some special goals."

Result aside — and that's all that matters in the end — Salt Lake should've been under it much more than they were. And they have Ochoa to thank for that.

"Everyone knows Ochoa is a good keeper. He's a great keeper," Herrera said. "Those are the types of saves we need from him.

"The penalty save was massive, because I was the one who gave him the penalty. For him wanting to be at the level he wants to be at, he needs to be like that."

It was an effort that didn't necessarily match the result.

"You hate to be talking about the goalkeeper having to make that many saves," Juarez said. "But what a game from him; he put in his work. The PK save. The focus he had in the game. He was big for us tonight.

"That's what you ask of the goalie. … Ochoa was on it today."

LAFC struck first in the 10th minute through Rossi to put the hosts up 1-0. The Uruguayan international finished off a give-and-go through traffic from Jose Cifuentes, who had the go-ahead goal in a 1-0 win over RSL at home, that put LAFC up early.

But the lead didn't last long.

Herrera scored the first goal of his career on a counter attack in the 18th minute. The RSL Academy product was in the right place as Everton Luiz directed the counter, and Herrera finished past an on-rushing goalkeeper Tomas Romero inside the far post for the equalizer.

But the floodgates could only hold for so long. Eventually, the dam burst — to the tune of 29 shots, the most faced in Ochoa's young career, and a side that connected on just 79% of its passes and gave up 13 corner kicks and lost 67 duels.

"The effort was great," Herrera said. "But at this level, against a team like LAFC, effort isn't going to be able to get it done. We've got to be able to figure out what was going wrong."

RSL was under it from the beginning, but survived thanks to Herrera's response and a heroic effort by the young goalkeeper Ochoa. The 20-year-old netminder fresh off training with both the United States and Mexican national teams six of LAFC's first seven shots on target as the home side pushed forward and outshot Salt Lake 19-2 in the opening hour.

He was nearly perfect, including stopping Vela's penalty kick in the 60th minute to keep the match level.

But Vela didn't miss a second time when he collected a free ball in the box and slid home the go-ahead goal inside the upper right corner to secure LAFC's win.

"Honestly, I want those games," Ochoa said. "They make you look good, right? I don't mind them.

Real Salt Lake, which fell to 4-4-4 with the loss, returns home Wednesday to host the LA Galaxy. Kickoff is scheduled for 8 p.m. MT on KMYU.