Police officers recount horrors from the Jan. 6 attack on US Capitol 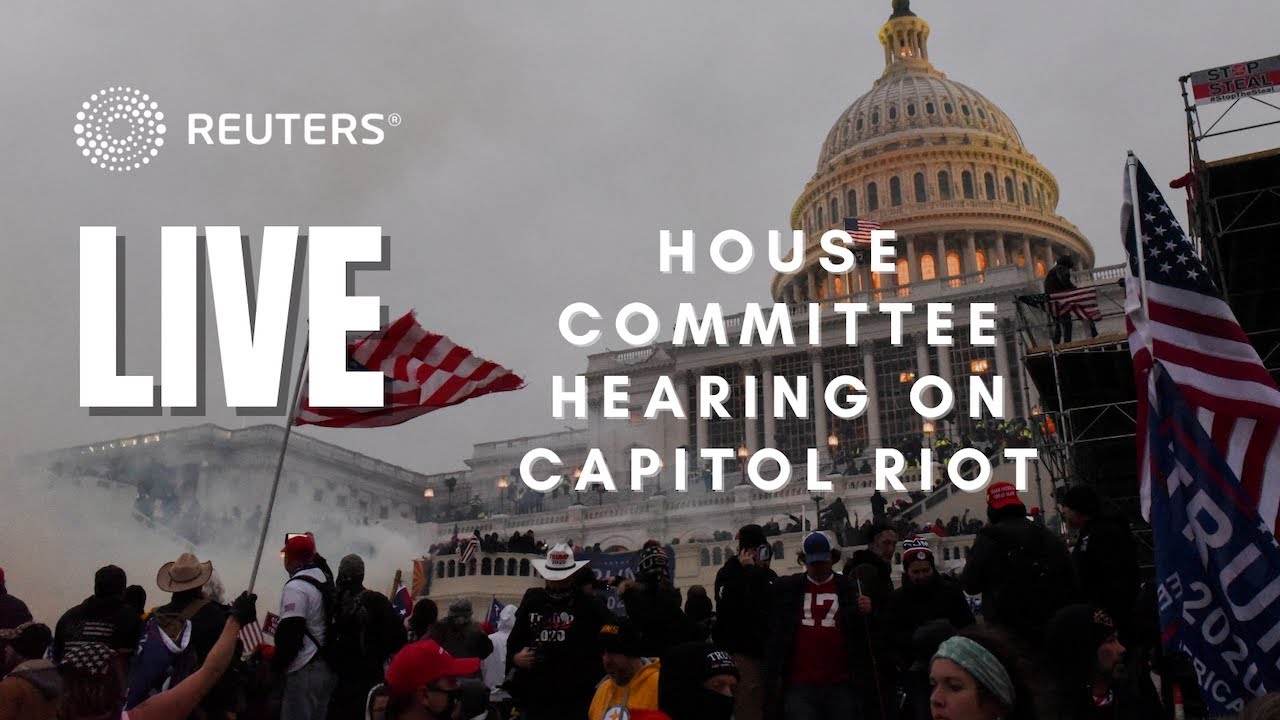 WASHINGTON — Four police officers who faced attacks and racial slurs as they defended the U.S. Capitol on Jan. 6 from a riot by then-President Donald Trump's supporters were the first on Tuesday to testify before a U.S. House of Representatives investigatory committee.

It was the first hearing before the nine-member panel, comprised of seven Democrats and two Republicans.

Below are some quotes from Tuesday's hearing.

"Some people are trying to deny what happened. To whitewash it ... Let's be clear. The rioters who tried to rob us of our democracy were propelled here by a lie."

"If those responsible are not held accountable, and if Congress does not act responsibly, this will remain a cancer on our constitutional republic."

"We still don't know exactly what happened. Why? Because many in my party have treated this as just another partisan fight. It's toxic, and it's a disservice to the officers and their families, for the staff and the employees on the Capitol complex, to the American people who deserve to truth, and to those generations before us who went to war to defend self-governance. Because self-governance is at stake."

"The rioters called me a 'traitor,' a 'disgrace,' and shouted that I (an Army veteran and police officer) should be 'executed.'

"What we were subjected to that day was like something from a medieval battlefield. We fought hand to hand and inch by inch to prevent an invasion of the Capitol by a violent mob intent on subverting our democratic process.

"After order finally had been restored at the Capitol and after many exhausting hours, I arrived home at nearly 4 a.m. on January 7. I had to push away my wife from hugging me because of all the chemicals that covered my body," Gonell said, fighting back tears. "I couldn't sleep because the chemicals reactivated after I took a shower, and my skin was still burning."

"As an immigrant to the United States, I am especially proud to have defended the U.S. Constitution and our democracy on Jan. 6."

What we were subjected to that day was like something from a medieval battlefield. We fought hand to hand and inch by inch to prevent an invasion of the Capitol by a violent mob intent on subverting our democratic process.

"I was grabbed, beaten, tased, all while being called a traitor to my country. I was at risk of being stripped of and killed with my own firearm.

"The indifference shown to my colleagues is disgraceful," Fanone said, raising his voice and pounding the table.

"One woman in a pink 'MAGA' shirt yelled, 'You hear that, guys, this (expletive) voted for Joe Biden!' Then the crowd, perhaps around 20 people, joined in, screaming 'Boo! (expletive)!' No one had ever — ever — called me a (expletive) while wearing the uniform of a Capitol Police officer."

"Thankfully, at the moment, it didn't hinder me from doing my job. But once I was able to process it, it hurt."

"There was an attack carried out on Jan. 6 and a hit man sent them. I want you to get to the bottom of that," Dunn said.

"Terrorists pushed through the line and engaged us in hand-to-hand combat. Several attempted to knock me over and steal my baton. One latched onto my face and got his thumb in my right eye, attempting to gouge it out. I cried out in pain and managed to shake him off before any permanent damage was done."

"I couldn't engage anyone fully, for the moment I do is when another 20 terrorists move in to attack while I am occupied. It's all we could do to keep ourselves on our feet and continue to fall back. I'm sprayed with a fire extinguisher and a red smoke grenade burned at our feet."

"If, especially with the razor-thin margins on Democrats and Republicans in the House and Senate, if any single one person was kidnapped or killed — which I had no doubt in my mind is what they intended — that would affect the outcome of legislation and all your duties for years to come."

"If we're no longer committed to a peaceful transfer of power for elections if our side doesn't win, then God help us."

This article will be updated.