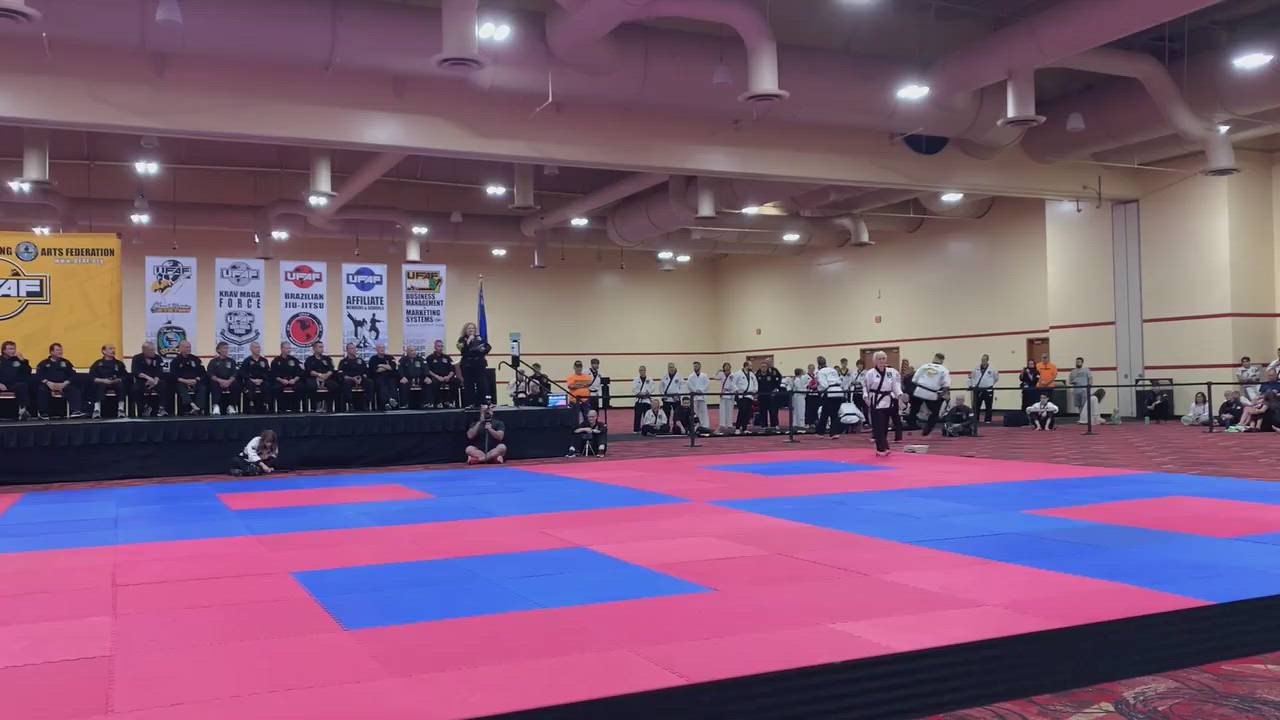 SALT LAKE CITY — Carole Taylor may be 83, but she now has a fifth-degree black belt in karate — an honor she received from Chuck Norris himself.

The Utah woman's passion for martial arts began 15 years ago at the age of 68, when she started taking her 11-year-old granddaughter to lessons.

"I thought: 'Wow, this is mental and physical. This would be a good thing for someone my age to do. ... So I asked the teacher if it would be all right if I joined the class, and so that's why I did it," she recalled.

Taylor learned karate alongside her granddaughter.

"We both got our first-degree black belts at about the same time," she said.

On Saturday, that granddaughter was there to watch Taylor show off her skills in front of dozens at Chuck Norris' annual United Fighting Arts Federation International Training Convention. For her demonstration, Taylor chose to show forms of karate including traditional hand techniques, stances, footwork, targeting, focusing and power.

She performed to the Beach Boys' song "Little Old Lady from Pasadena," because that's where she grew up. Taylor fooled the crowd by using her bow as a cane to hobble onto the center of the mat, prompting laughter and smiles from Norris and the rest of the crowd, a video of the event shows. She then straightened her back and began a display of powerful stances and fierce facial expressions. Taylor received a standing ovation from Norris and many in attendance.

Afterwards, Norris awarded her a fifth-degree black belt — an accomplishment that takes years to reach in the Chuck Norris System.

"I was so excited. I was able to bow to him, turn around, he put (a black gi) on me, I turned back around and bowed, and then he grabbed me and hugged me so hard, he actually pulled me off the ground almost … my one foot went up," Taylor said.

A gi is a traditional karate uniform. When someone reaches the fifth degree, their white top gets replaced with a black top, she explained.

"(Norris) was so kind, and he's 81, and he made some comments about that he had not been exercising all that much recently and that I had inspired him to go back and to begin to train again, and that made me feel very, very good," Taylor said.

The Layton woman also teaches karate at the dojo where she learned it. During the pandemic, she taught a student from the class at her own home because they had to social distance. Taylor had the student come to her house every day and they practiced on the patio outside, according to her daughter, Lacey Owens.

"It helps her mind to stay calm, to be able to focus on all the forms they have to learn, and that really has kept her brain fresh, I would say. It helps her to remember things, to memorize things," Owens said. "The dedication has given her something to keep going after every day."

Karate isn't the first talent Taylor has developed. She is also an actress who has appeared in plays and films, an artist and a calligrapher.

But karate has been another life experience Taylor is grateful to have found.

When the pandemic kept her home, Owens said karate gave her mother "some purpose in such a crazy time. And now, she can't test again for five years if she wants to go for her sixth degree, but she said to me, 'Why not? Why not? Might as well keep trying.'"

Owens said that she and the rest of Taylor's family are very proud of her.

"My mom's just been through a lot. She's had a lot of things thrown her way, and she's just always found the light in everything and kept on pushing, and just inspiring other people with her love and her kindness, and everybody that meets her is impacted by her light. And I am extremely grateful to be her daughter," Owens said.