U.S. President Joe Biden talks to the media as he departs for a weekend visit to Camp David from the White House in Washington, U.S., July 16, 2021. (Jonathan Ernst, Reuters) 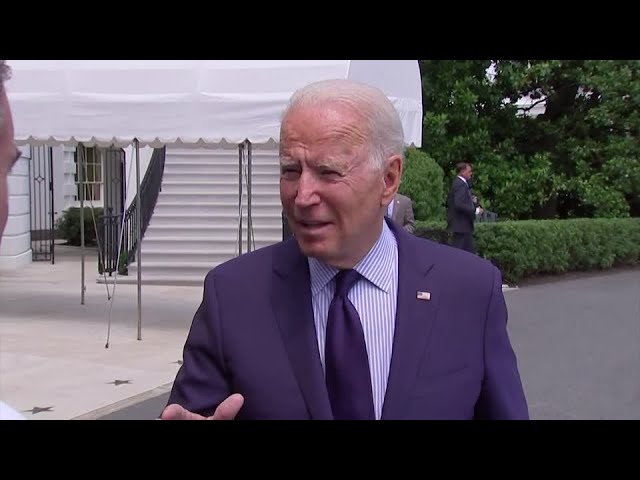 WASHINGTON (Reuters) — U.S. President Joe Biden on Friday said social media platforms like Facebook "are killing people" for allowing misinformation about coronavirus vaccines to be posted on its platform, as the administration continued criticizing the company.

"They're killing people. ... Look, the only pandemic we have is among the unvaccinated. And they're killing people," Biden told reporters at the White House when asked about misinformation and what his message was to social media platforms such as Facebook.

The company has introduced rules against making specific false claims about COVID-19 and vaccines for it, and says it provides people reliable information on these topics.

"We will not be distracted by accusations which aren't supported by the facts," Facebook spokesman Kevin McAlister said on Friday. "The fact is that more than 2 billion people have viewed authoritative information about COVID-19 and vaccines on Facebook, which is more than any other place on the internet.

"More than 3.3 million Americans have also used our vaccine finder tool to find out where and how to get a vaccine. The facts show that Facebook is helping save lives. Period," he said. 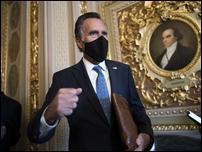 Sen. Mitt Romney has a word for the politicization of the COVID-19 vaccine: "moronic." He said it's "grossly" unfortunate and a "huge" human cost to have vaccination become a political issue.

The delta variant of the coronavirus is now the dominant strain worldwide, accompanied by a surge of deaths around the United States almost entirely among unvaccinated people, U.S. officials said on Friday.

American cases of COVID-19 are up 70% over the previous week and deaths are up 26%, with outbreaks occurring in parts of the country with low vaccination rates.

"Obviously, there are steps they have taken. They're a private-sector company," Psaki told a White House briefing. "There are additional steps they can take. It's clear that there are more that can be taken."

On Thursday, she said the Biden administration was in regular contact with Facebook and was flagging problematic posts.

Psaki said 12 people were responsible for almost 65% of anti-vaccine misinformation on social media platforms. The finding was reported in May by the Washington- and London-based nonprofit Center for Countering Digital Hate, but Facebook has disputed the methodology.

U.S. Surgeon General Vivek Murthy has also raised the alarm over the growing wave of misinformation about COVID-19 and related vaccines. On Thursday, he said it was making it harder to fight the pandemic and save lives.