So you missed your second dose of COVID-19 vaccine. What should you do?

SALT LAKE CITY — Utahns who missed their second dose of COVID-19 vaccine need to get that shot more than ever, health experts say.

That's because just a first dose of the Pfizer — and likely the Moderna — vaccine isn't enough to protect against the highly contagious and likely more virulent delta variant of the virus that raged through India and is now dominant in Utah and the rest of the United States, fueling a surge in cases in the Beehive State.

The good news is, a second dose boosts immunity significantly, even if it's been months since a first shot.

"It's never too late to get that second dose and up your protection levels," said Han Kim, a professor of public health at Westminster College in Salt Lake City, calling the 21 to 28 days between doses recommended by the manufacturers "a fairly arbitrary number."

Kim said some studies in the United Kingdom, where the focus was on getting everyone a first shot before offering second doses, suggest waiting longer may increase immunity. And while a single dose was initially about 50% effective against COVID-19, now that the delta variant is here that number has fallen to around 30%.

"Go get your second dose. The timeline isn't relevant," Kim said, urging Utahns who missed a second shot to contact their doctors or local health departments right away. "That second dose is critical for protection against delta. One dose is just not enough." 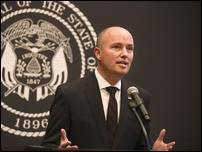 Nation's eyes on Utah: How is Gov. Cox handling the 'twin crises' of COVID-19, drought?

Utah Gov. Spencer Cox was in the national spotlight again, this time joining Washington Post Live to talk about the "twin crises" he's juggling while leading the state of Utah: the rising presence of the COVID-19 delta variant and the drought gripping the West.

"I also encourage folks who did have confirmed COVID-19 earlier on to go get vaccinated," he said. "There's more and more evidence that natural infection with the initial strain is not very protective against delta. ... So the risk of breakthrough infection is very high."

The single-dose Johnson & Johnson shot, the third vaccine approved for use in the United States, appears "fairly effective" against the delta variant, Kim said, although like the Moderna vaccine, data on how well it performs is still limited.

The Utah Department of Health isn't tracking the number of Utahns who didn't get a second dose of vaccine, department spokesman Tom Hudachko said. Nationally, CNN reported late last month that more than 1 in 10 Americans failed to complete the two-dose series.

"People should do their best to receive their second doses according to the recommended timeline," Hudachko said. "However, (Centers for Disease Control and Prevention) guidance does not require someone to restart their vaccination series if they miss the due date for the second dose."