Mental health a growing concern for Utah farmers during drought

Farmer Wade Eliason said he has 400 acres full of weeds instead of crops because of the severe drought. (Mark Wetzel, KSL TV) 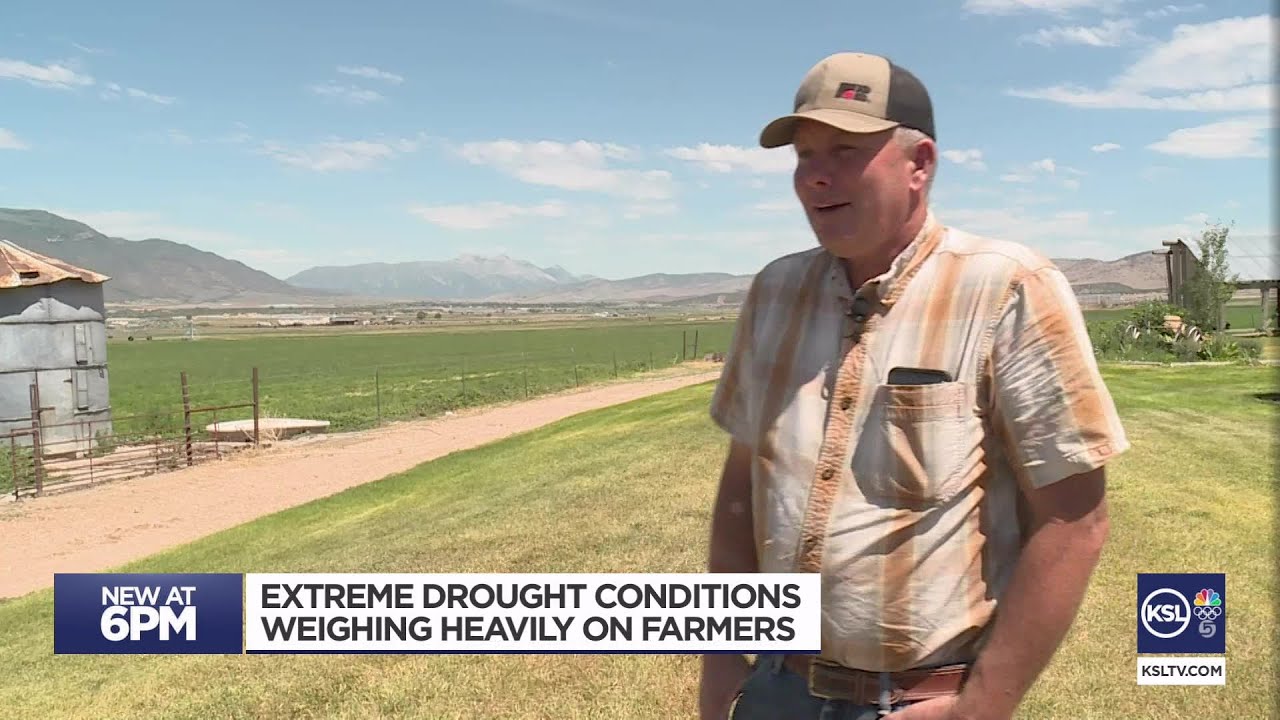 MORONI, Sanpete County — Utah farmers have been hit hard, perhaps the hardest, during the drought. With no end in sight, many farmers wonder how much longer they can hold on.

Wade Eliason could have done something else. Another career probably would have meant fewer headaches.

However, being a sixth-generation farmer means more to Eliason than just a job.

"You have to love this to continue to do it every day, day in and day out. You don't do it just to do it," said Eliason. "It's a passion."

Farming has always been tough. Lately, though, it sure has been tougher.

"We're just doing the best we can out here and sometimes it's just not good enough," he said.

Wade Eliason, a farmer in Sanpete County, says the drought has made things tough. But he's wondering when farmers became the "bad guys" for using water? He's seen a lot of social media and message board comments about it. We're doing a story on farmers mental health @KSL5TV at 6. pic.twitter.com/eB8PldnRNJ

Like many farmers, the drought has hit his ranch hard. Eliason farms on about 2,000 acres in the Moroni area of Sanpete County. Many of those acres aren't being farmed because of the lack of irrigation water available to him.

"What do you think I'm going to get out of that field over there?" he said while pointing to a patch of land that's nearly bare. "That's just one of many. I've got 400 acres just like that."

The water he does use on his farm for cows, sheep and crops is enough to get by, but Eliason has seen social media and message board comments criticizing farmers for the amount of water they use during the drought.

"Somehow we have become the bad guy in the public's eye and I don't know where that all happened or started," he said while shrugging his shoulders. "I just don't get that."

All these challenges have left many farmers feeling guilty.

The Utah Farm Bureau said it's heard that a lot from farmers and has helped to organize mental health professionals to talk to them.

After a while, that worrying about the farm really starts to take a toll on farmers. Eliason he's spoken to many of his farming friends who just don't know how much longer they can worry.

"I was talking to a guy yesterday and he says, 'We're going to lose some of our friends through this,' and I said yes, we are," said Eliason. "It's a slow, painful hurt.

Eliason worries as more farmers stop farming and sell their land to developers, it could begin to impact the food supply of a growing population.

"We're the start of the food chain and we take great pride in that," said Eliason. "Without this start, it doesn't end up on the store shelves."

He'll keep farming, though. For him, that passion to continue his family legacy is strong.