The resolutions were approved despite outcry from community activists and educators, who gathered on the Capitol steps to oppose the resolutions earlier Wednesday morning, and despite Democrats walking out of the House chamber in protest.

The controversial resolutions state "some concepts contained in critical race theory degrade important societal values and, if introduced in the classrooms, would harm students' learning in the public education system." While not encouraging an outright ban of the theory, the resolutions urge the State School Board to ensure certain concepts aren't taught in Utah schools including:

On the Senate floor, Sen. Lincoln Fillmore, the sponsor of the Senate resolution, compared critical race theory to a gas that has "no fixed size and no fixed shape" and that he had still had "no idea" what it is as he found several different definitions. So, he said, he hopes the resolution would "turn the temperature down" on the issue and pave the way for ongoing debate on what Utah's teaching of race and culture should look like.

Sen. Jake Anderegg, R-Lehi, became emotional as he voiced his support for the resolution.

"Being a father in a mixed-race family, I have several non-Caucasian children, and so the topic of race is something that is often discussed, you know, 'Why are my eyes different than yours?' ... And I have no doubt we will have further conversations. I just think that everybody should stop for a second and breathe, and realize that that's what we do up here, is talk about these issues," Anderegg said.

Acknowledging that the U.S. has "a history of racism" and slavery, Anderegg said children should not be protected from learning about it.

"But I also think we need to find a balanced approach to make sure that our kids are getting fact, regardless of where that fact comes from. Fact, not theory. And I believe we can strike that balance, but it only comes, quite frankly, as (Fillmore) said, from sitting down, taking a breath, lowering the temperature, and having a frank discussion," Anderegg said.

Utah Democrats, however, pushed back. In the House, Democrats walked out of the chambers in protest right before the vote. 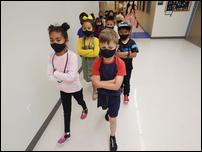 After a heated debate within the first two hours of a special session of the Legislature Wednesday morning, the Utah House passed a ban on face mask requirements in schools.

House Minority Leader Brian King, D-Salt Lake City, said they felt walking out would send a stronger message than remaining in the chamber to vote as Democrats had been "excluded" from conversations about the resolution.

Rep. Sandra Hollins, D-Salt Lake City, the Legislature's only Black lawmaker, said the resolution felt like an attempt to ensure "that my history and the history of many people of color are not taught in our school system in the state of Utah."

"This, to me, it's not a theory out there to be scared of," said Senate Assistant Minority Whip Jani Iwamoto, D-Holladay, explaining that she thinks we need it as a society to heal and "get to the bottom of what racism is."

The debate over critical race theory — a political lightning rod as Republicans nationwide have taken a growing interest in banning it as President Joe Biden's administration has taken interest in the 1619 Project — dominated much of lawmakers' focus on Wednesday.

That's even though Gov. Spencer Cox opted not to include the issue in the special session — which was mainly called to adjust Utah's budget to accept and appropriate about $1.6 million of federal COVID-19 relief funds, and to handle other legislation — despite interest from GOP lawmakers to put those issues on the agenda. In defending that decision, the governor argued the hot-button issues "would benefit from more time, thought, dialogue and input." However, legislative leaders called their own extraordinary sessions to act separately on the resolutions.

Group of educators disagree with move by lawmakers

A protest organized by the Utah Educational Equity Coalition slammed lawmakers' moves to encourage a ban without first opening up a discussion about the theory with educators.

"It is imperative that you do not ban something that is not happening in our Utah schools," said Michelle Love-Day, an educator of 20 years and founder of the Rise Virtual Academy, a school where students learn about Black history. "It will limit the discussions that are so crucial to train our educators and administrators."

Love-Day said there seems to be "so much misinformation" about critical race theory, which she said has a main premise of confronting "the role of law and upholding how our country began. It was created after the civil rights movement to ensure law for Black people that was instilled was carried out."

Citing the book "Adult Learning," Love-Day said critical race theory "is to challenge us to recognize the pervasiveness and normalness of racism as a daily fact of life and how entrenched it is systemically in our political and legal systems."

By banning critical race theory, Love-Day said Utah will omit "the discussion our children will need to have when something like a George Floyd murder happens, an Asian attack on a person, a Jewish synagogue burned down, or they simply get called the 'N' word, as I have been called for the first time in my adult life when I moved to Utah."

"Everyone has different experiences and taking away an opportunity to talk about those experiences is reckless and harmful," she said. "Our country is great and can be so much better. And it's absolutely needed to look at our past, recognize our messy American foundations, how it's been, and knock it down and rebuild some things that are in place so that our nation, our state, our people can be better together."

While they protested, lawmakers convened for the special session called by the governor to deal with the budget and other bills not related to critical race theory.

Legislators say they're answering an outcry

Senate President Stuart Adams, R-Layton, and House Speaker Brad Wilson, R-Kaysville, disagreed with the governor's decision not to include critical race theory on the special session agenda. Adams told the Deseret News he wanted to act on the issues to avoid drawing out the contention and instead "put it behind us and move on."

Nationwide, Republicans have taken a growing interest in stopping the teaching of critical race theory from schools, including in Idaho, where lawmakers recently approved a ban.

U.S. Sen. Mike Lee, R-Utah, this week submitted a formal comment in response to the Department of Education's proposed priorities for American history and civics education.

"We have seen in recent years what happens when we indulge the cultural fragmentation of our national community. The critical race theory that undergirds the department's proposal does not celebrate diversity; it weaponizes diversity. It casts aside our national identity, instead sharpening hyphenated racial identities into knives and daggers as a means to cancel anyone daring to recognize the underlying reality behind the history of this country," Lee wrote.

"While we are not without our mistakes as a nation, we have consistently sought to improve our society, so that all men and women – regardless of age, race, or religion – can flourish. It is dangerous for the federal government to knowingly support ideals and principles that pull us further apart, rather than those that bring us closer together."

Wilson told reporters Wednesday morning that lawmakers have "heard loud and clear" from constituents concerned about critical race theory potentially being taught in Utah schools "by expanding and starting to train school leaders across the state on this curriculum." He also referred to a "push from the federal government in this space as well as what's likely to be federal money tied to the teaching of this curriculum."

"Lawmakers want the opportunity today to weigh in on whether or not this is something that makes sense for the students of this state to hear," Wilson said. "And it's fully within their prerogative, of course, as lawmakers to set guardrails as to which items should and shouldn't be taught to students in the state."

The resolution, the speaker said, is intended to send a "very strong message" to the Utah State Board of Education to "take this seriously and do what they think is in the best interest of students in the state."

Wilson said the aim is not to stop discussions about racism.

"Racism has been and is still, unfortunately, part of the culture we have. Those issues should be discussed in the right way. We're not precluding or foreclosing the opportunity for those discussions to happen. We're calling on the State School Board to look at the curriculum and determine what are the right parameters for this discussion to happen within."

Asked what lawmakers will do if the State School Board doesn't follow their lead, Senate Majority Whip Ann Milner, R-Ogden, said she's "sure" the board will act to ban the concepts listed in the resolution.

During Wednesday's protest, some parents who support an outright ban of critical race theory in schools joined the press conference, standing behind speakers with signs reading: "BAN critical race theory don't teach my children to be racist," "Gov Cox's fav math subject? Division" and "Content of character over color of skin."

Monica Wilbur, a parent who held a sign reading, "CRT in schools IS systematic racism," said she supported a ban of the theory because "we need our children to be judged on the content of their character, not on the color of their skin."

"Unfortunately, (critical race theory) is a very divisive and destructive theory," she said. "What it does is it turns people into either the oppressed or the oppressor. We don't buy into that. We love everyone, we are all children of God. That is the message that needs to get out and get down into our schools."

Wilbur said "we live in an unjust world" but she said the question is "is there systemic injustice? In the schools, no there is not."