'Crisis — and opportunity': Biden pleads for unity, warns of Chinese threat, in address to Congress 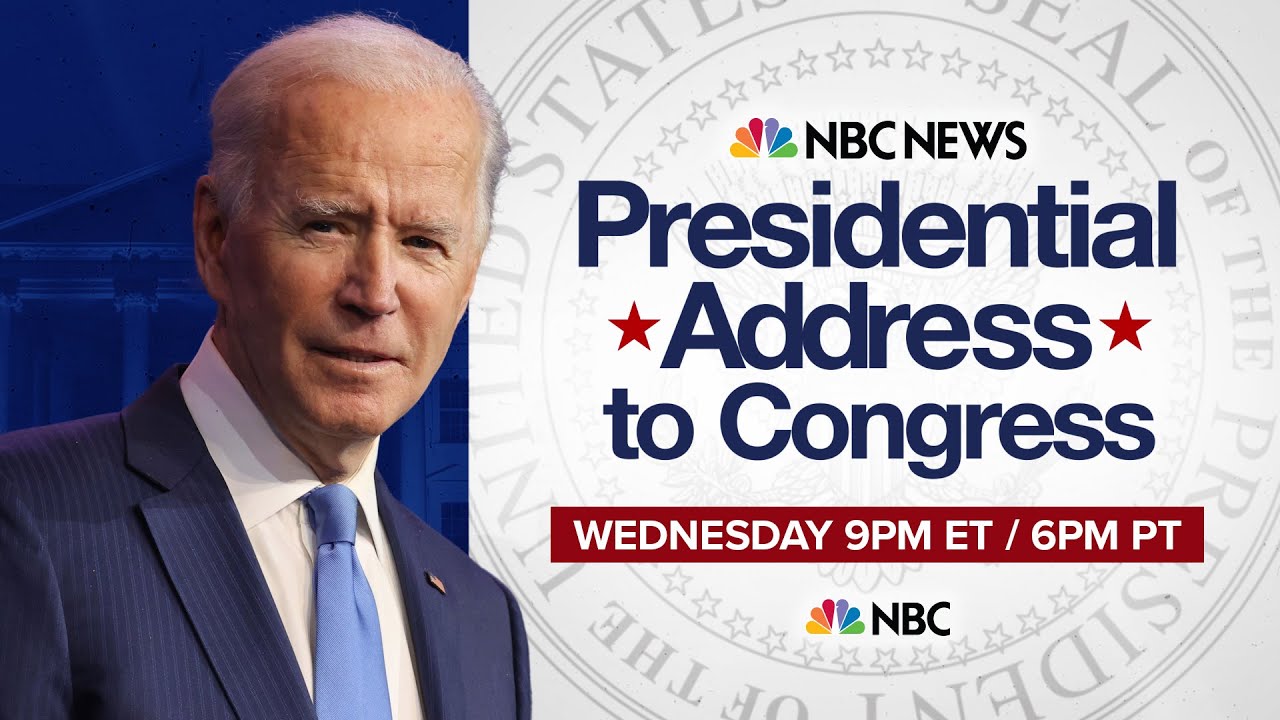 WASHINGTON (Reuters) — President Joe Biden proposed a sweeping new $1.8 trillion plan in a speech to a joint session of Congress on Wednesday, pleading with Republican lawmakers to work with him on divisive issues and to meet the stiff competition posed by China.

Pushing a vision of more government investment funded by the wealthy, the Democratic president urged Republicans who have so far resolutely opposed him to help pass a wide array of contentious legislation from taxes to police reform to gun control and immigration.

Republicans largely sat silently during the speech while Democrats applauded as Biden spoke.

Biden, who took office in January, also made an impassioned plea to raise taxes on corporations and rich Americans to help pay for his $1.8 trillion "American Families Plan."

He made his plea in the House of Representatives at an event scaled back this year because of the pandemic, removing his mask to speak to a group of about 200 hundred Democratic and Republican lawmakers, other officials and guests.

Biden is trying to thread the needle between Republicans opposed to more spending and the tax increases needed to pay for it, and liberal Democrats who want him to push for more aggressive plans.

He said he was willing to work with lawmakers on both sides of the aisle to come to an agreement, and he is to meet top Democratic and Republican lawmakers at the White House on May 12 to try to find common ground.

Whether Biden can truly bring Republicans across a deep partisan divide is far from clear, with Congress polarized and Democrats holding only narrow majorities.

He had promised throughout the 2020 presidential campaign to work with Republicans, but his major legislative achievement, a $1.9 trillion pandemic stimulus plan, passed without a Republican vote.

Republicans in Congress already have their eyes on making gains in the midterm congressional elections in 2022, and are aligning a divided party around opposing Biden. Many question the wisdom of embracing spending policies that are more aggressive than most of Biden's allies or rivals had expected.

The White House is hoping that at least some Republicans will bend to popular will. Polls show most Americans support increased investment in schools, education, and infrastructure, and taxing the rich more.

The initial Republican response to his speech was skeptical, and somewhat dismissive.

"This whole thing could have just been an email," Representative Kevin McCarthy, the top Republican in the House, said in a tweet.

The Democratic left wing, on the other hand, wanted more. U.S. Representative Jamaal Bowman, a liberal Democrat, said Biden's proposals are important "but don't go as big as we'd truly need in order to solve the crisis of jobs, climate and care."

Speaking less than four months after demonstrators loyal to then-President Donald Trump stormed the U.S. Capitol in a bid to overturn the election results, Biden said America was "on the move again."

"We have stared into an abyss of insurrection and autocracy — of pandemic and pain — and 'we the people' did not flinch," he said. "At the very moment our adversaries were certain we would pull apart and fail, we came together — united."

Biden argued that his proposals for families and infrastructure, which together total about $4 trillion, represent a once-in-a-generation investment vital to America's future.

"Tonight, I come to talk about crisis — and opportunity," he said. "About rebuilding our nation — and revitalizing our democracy. And winning the future for America."

Republicans say most of the spending is aimed at satisfying Biden's liberal base, and that the president's plans amount to socialism.

Biden said the spending plans were needed to keep up with China, which he and his administration sees as a major strategic challenger.

"China and other countries are closing in fast," he said, adding that he has spent a lot of time talking to Chinese President Xi Jinping.

"He's deadly earnest about becoming the most significant, consequential nation in the world. He and others, autocrats, think that democracy can't compete in the 21st century with autocracies. It takes too long to get consensus."

Biden's plan includes $1 trillion in spending on education and child care over 10 years and $800 billion in tax credits aimed at middle- and low-income families. It also includes $200 billion for free, universal preschool and $109 billion for free community college regardless of income for two years, the White House said.

The American Families Plan and the infrastructure and jobs plan the White House introduced earlier this month could represent the most significant government transformation of the economy in decades.

To pay for the plans, Biden has proposed an overhaul of the U.S. tax system, including raising the top marginal tax rate for the wealthiest Americans to 39.6% from its current 37%.

Biden has proposed nearly doubling the tax on investment income – known as capital gains – for Americans who earn more than $1 million. The $2 trillion-plus infrastructure plan is funded by an increase in corporate taxes.

Republican U.S. Sen. Tim Scott argued in his rebuttal to Biden's speech that the proposals will hurt long-term economic growth.

"Our best future won't come from Washington schemes or socialist dreams," said Scott, the sole Black Senate Republican. "It will come from you — the American people," Scott said.

He also argued that Biden's presidency is benefiting from an economic recovery for which Trump, a Republican, set the stage.