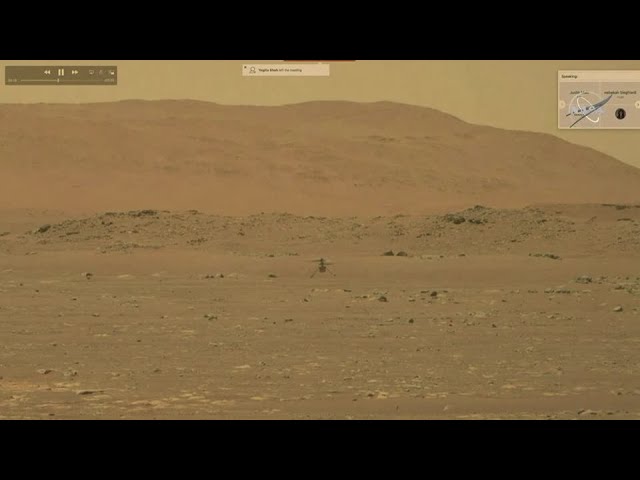 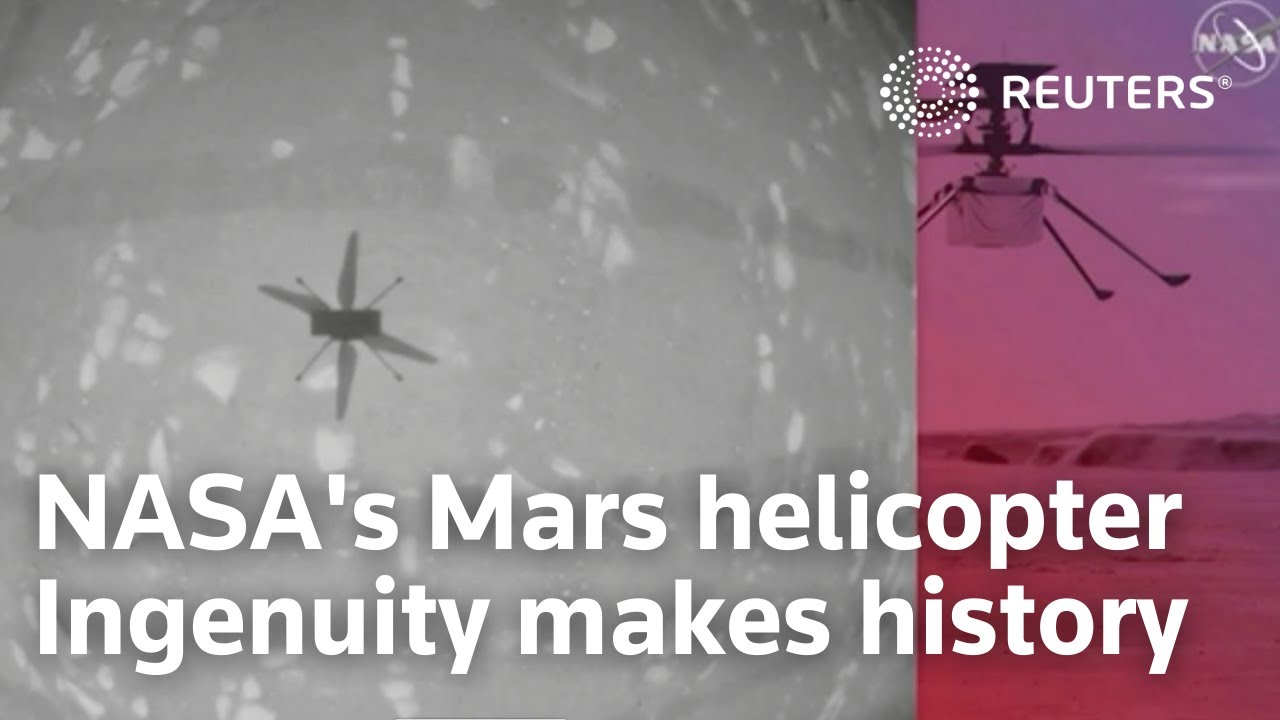 LOS ANGELES (Reuters) — NASA's miniature robot helicopter Ingenuity performed a successful takeoff and landing on Mars early on Monday, achieving the first powered, controlled flight by an aircraft over the surface of another planet, the U.S. space agency said.

The twin-rotor whirligig's debut on the Red Planet marked a 21st-century Wright Brothers moment for NASA, which said success could pave the way for new modes of exploration on Mars and other destinations in the solar system, such as Venus and Saturn's moon Titan.

Mission managers at NASA's Jet Propulsion Laboratory near Los Angeles burst into applause and cheers as engineering data beamed back from Mars confirmed that the 4-pound solar-powered helicopter had performed its maiden 39-second flight as planned three hours earlier.

A red-letter day on the Red Planet! #MarsHelicopterpic.twitter.com/Qow8JwhYEo

Altimeter readings from the rotorcraft showed that it became airborne at 3:34 a.m. EDT, climbed as programmed to a height of 10 feet, then hovered steadily in place over the Martian surface for half a minute before touching back down safely on its four legs, NASA said.

During NASA's presentation of the event livestreamed from JPL headquarters, mission managers also displayed its first images from the flight.

A black-and-white photo taken by a downward-pointing onboard camera while the helicopter was aloft showed the distinct shadow cast by Ingenuity in the Martian sunlight onto the ground just below it.

And a snippet of color video footage captured by a separate camera mounted on the NASA's Mars rover Perseverance, parked about 200 feet away, showed the helicopter in flight against the orange-colored landscape surrounding it.

"We can now say that human beings have flown an aircraft on another planet," said MiMi Aung, Ingenuity project manager at JPL.

Short flight from far away

Despite the flight's brevity, it marked a historic feat in interplanetary aviation, taking place on an "air field" 173 million miles from Earth on the floor of a vast Martian basin called Jezero Crater.

NASA likened the achievement to the Wright Brothers' first controlled flight of their motor-driven airplane near Kitty Hawk, North Carolina, in December 1903 — a takeoff and landing that covered just 120 feet in 12 seconds.

Paying tribute to that modest but monumental first flight, NASA engineers affixed a tiny swath of wing fabric from the original Wright flyer under Ingenuity's solar panel before sending it on its way to Mars.

"Ingenuity is the latest in a long and storied tradition of NASA projects achieving a space exploration goal once thought impossible," acting NASA chief Steve Jurczyk said in a statement. "Today's results indicate the sky — a least on Mars — may not be the limit."

The tiny rotorcraft was carried to the Red Planet strapped to the belly of the Mars rover Perseverance, a six-wheeled astrobiology lab that touched down in Jezero Crater on Feb. 18 after a nearly seven-month journey through space.

Ingenuity was developed as a technology demonstration, separate from Perseverance's primary mission to search for traces of ancient microorganisms and collect samples of Martian rock for eventual return to Earth for further analysis.

With the helicopter's first outing deemed a success, NASA plans to send the aircraft on several additional, progressively more ambitious flights in the weeks ahead.

Building a helicopter that could fly on Mars posed a major challenge for JPL engineers.

While Mars possesses much less gravity to overcome than Earth, its atmosphere is just 1% as dense, making it especially difficult to generate aerodynamic lift. To compensate, engineers equipped Ingenuity with rotor blades that are larger (four feet long) and spin far more rapidly than would be needed on Earth for a similar aircraft of its size.

The design was successfully tested in vacuum chambers built at JPL to simulate Martian conditions, but it remained to be seen whether Ingenuity would actually fly on the fourth planet from the sun, until Monday.

Because of the enormous distances involved, Ingenuity was designed to execute pre-programmed flight instructions autonomously, using sophisticated onboard pilot and navigation systems.

The planned flight was delayed for a week by a technical glitch during a test spin of the aircraft's rotors on April 9. But NASA said it resolved that issue by transmitting a few additional commands to its flight sequence last week.