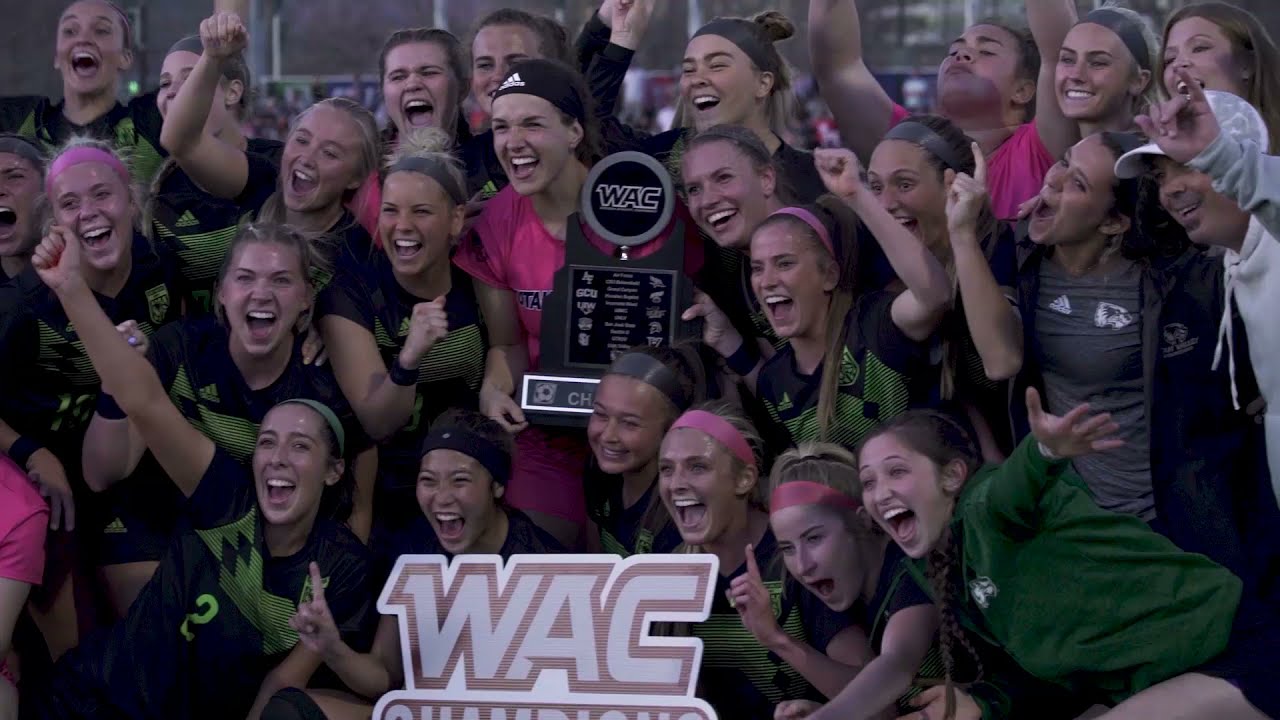 SALT LAKE CITY — Utah Valley women's soccer coach Chris Lemay was upset with his team's performance in the semifinals of Western Athletic Conference Tournament on Saturday, and he let them know it.

Lethargic. Overconfident. He intimated that the top-seeded Wolverines were lucky to advance past New Mexico State and into the final.

In short, he wasn't happy. He'll tell you forthright.

In the day between, he put his team back to work, corrected some flaws, and put on his "happy hat" — a white hat with a smiley face that he wears for good luck.

And after Saturday's championship, he put on his dancing shoes.

Cassidy McCormick scored the lone goal of the match on a penalty kick in the second half, and Utah Valley advanced to the NCAA Tournament for the first time since 2017 with a 1-0 win over Seattle in the WAC Tournament title Saturday afternoon in Phoenix.

"We are absolutely thrilled, so I'm in a better mood than I was on Thursday. It's why I have my happy hat on," Lemay said on the ESPN+ broadcast. "We just wanted to play our brand of soccer that got us here. In the second half, we executed really, really well. These young women, I love them, and I'm really, really proud of them."

With the win, the program becomes the third women's team from UVU to advance to the NCAA Tournament since March, joining women's basketball and volleyball in what can only be viewed as a banner fall-turned-spring at the Orem-based university.

Two days after pushing the Wolverines through the semifinals in a shootout, goalkeeper Isabel Jones-Dawe made two saves to preserve the crucial shutout for the Wolverines (12-4-4).

"Iz made two big, monster saves in the shootout on Thursday and came up big in the run of player today," Lemay said of his goalkeeper, an Alta High product and graduate transfer from Gonzaga. "Iz is a stud; what more can I say?"

McCormick converted a penalty kick in the 76th minute to give Utah Valley the 1-0 lead. The senior from North Ogden sent the keeper right and slid home the opening goal of the match for her second score of the season.

The goal paced a total second-half turnaround, as the Wolverines held off a Seattle attack that out-shot UVU 14-10, but with just three shots on goal.

In that regard, Utah Valley posted six shots on target — and McCormick only needed one, with 14 minutes remaining.

UVU on top 1-0 in the 76th minute.#GoUVU#UVU#WACwsoc#WACChampionshippic.twitter.com/uAEnNx8E5z

"It means the world to me that he trusts me to take that PK," said McCormick, who was named WAC Tournament MVP. "I've done it before in practice, and it's just another PK. Yeah, it could be the game-winner, and it was. But I knew I could count on my teammates to get me there."

The Wolverines held on in the WAC Tournament semifinals, clinching a 1-1 draw with New Mexico State and advancing 4-3 on a penalty kick shootout.

It was a match that Lemay lamented, saying the Aggies deserved to win the match and calling his own side lucky for advancing and keeping its NCAA Tournament hopes alive.

"We did not play well today, and I am not happy about our performance," Lemay said Thursday. "I don't think anything went right for us. We showed up, we were lethargic, we were probably overconfident, and we didn't compete the way that we needed to.

"I can't imagine that you're going to see a team that looks anything like the team you just watched."

Utah Valley looked more like its old self in the championship: a defensively compact side that won its first-ever WAC regular-season title with a co-championship sealed on the final day of the regular season.

Congrats to @UVUwsoc, which punched its NCAA Tournament ticket with a 1-0 win over Seattle U. in the @WACsports Tournament championship. pic.twitter.com/pt8YBdkMta

Led by WAC defensive player of the year Jenna Shepherd, the Wolverines have given up just 16 goals in 20 matches. They've allowed multiple goals in a match just three times: a 4-1 loss to No. 17 BYU, a 3-2 win over in-state rival Dixie State and a 2-2 draw against Seattle that preceded a 4-1 win over the Redhawks.

That same defensive attitude was back Saturday — led by McCormick, a 5-foot-6 defender from Weber High playing in her final WAC tournament after she had previously decided not to return for the upcoming fall campaign.

She wouldn't want to go out any other way, either.

"I couldn't ask for a better team, a better year," McCormick said. "It's my senior year, and this is great."