MANTUA — Residents in Mantua said they've been left in the dark after their police chief's mysterious dismissal while the town battles a major budget shortfall.

While city leaders wouldn't comment on the financial shortcomings, a drop in speeding tickets was getting a large part of the blame.

The little stretch of U.S. Highway 89 that runs through Mantua is well known as a so-called speed trap to a lot of people. Back in 2015, the Mantua Police Department wrote over $430,000 in tickets.

That number has been dropping ever since.

But for now, you won't see a Mantua police officer watching speeds along this stretch of highway.

In fact, they haven't been seen here nearly as much in recent months.

"They've been more into the community," resident Jennifer Gardner said. "You see them around town a lot more."

But what surprised Gardner and a lot of other residents was when the relatively new police chief, Michael Castro, suddenly disappeared.

"The only reason why anybody got wind of this in town was because of a Facebook post," Gardner said. "No one in town had any idea."

A source within Mantua City told KSL officers were being pressured to bring in more revenue through writing more tickets.

But they said Castro and other staffers were not on board with ticket quotas. Several officers responded with their own resignations following Castro's dismissal. 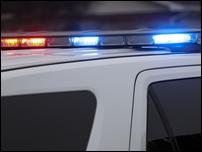 The police chief of the small northern Utah town of Mantua has been let go after eight months on the job and other officers there resigned on Monday.

According to the city's budget for the 2020-21 fiscal year, the police department's anticipated budget was set at $195,000, with $180,000 expected to come in through fines and forfeitures.

The source also said officers were penalized when ticket revenues went down, having take-home vehicle privileges and part of their budget taken away.

"I was in a work budget meeting last week, and it was mentioned that the police department was not earning their keep," Gardner said.

Gardner also said there needs to be a change in the way the town is run — and in the interest of full disclosure, she does intend to run for mayor in the fall.

She's concerned Castro was punished for trying to do the right thing.

"He seemed to love the town," Gardner said. "He was genuinely interested."

Castro said in a statement that he loves Mantua and was honored to build a police agency that represented nothing short of excellence, professionalism and a sense of community.

He also said it's a shame things played out the way they did, but he hopes it will help bring needed change in the town's future.

The mayor and town council have refused to comment on any of this despite several requests from KSL over the last few weeks.