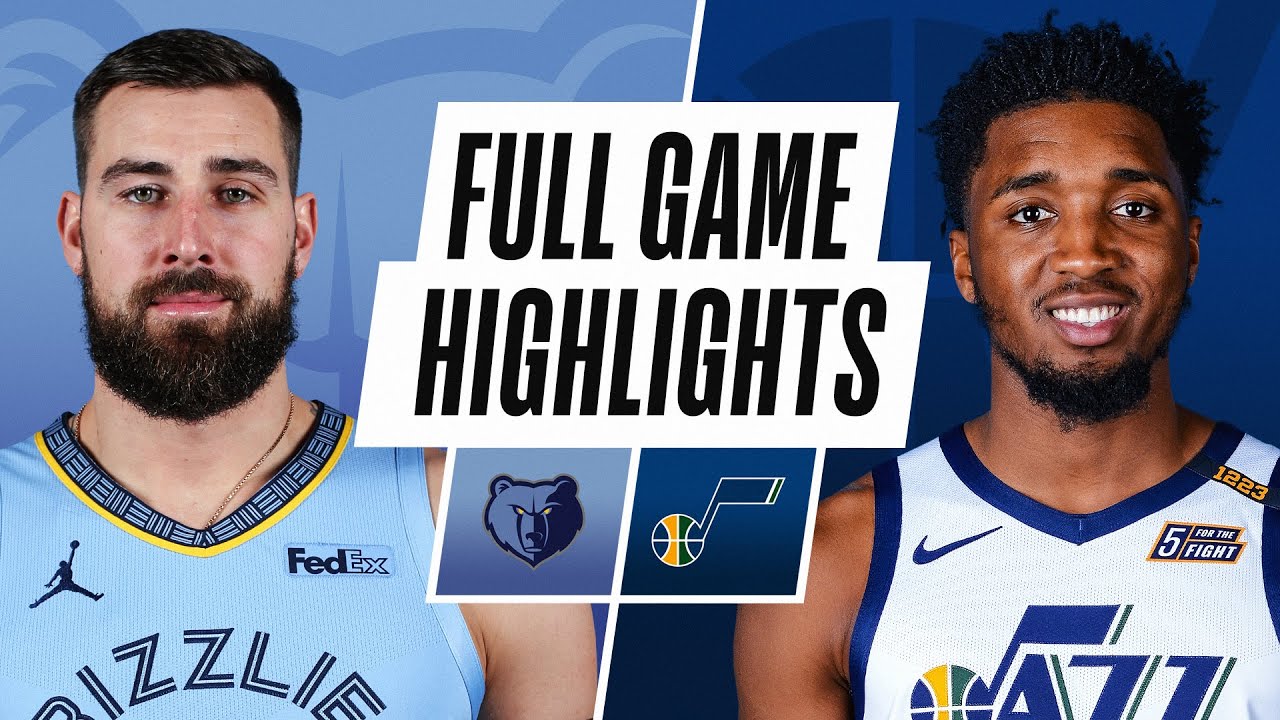 SALT LAKE CITY — After the last two days, the Memphis Grizzlies are probably glad they don't have to see Donovan Mitchell again until — checks notes — Wednesday.

Hey, at least they get one game off.

Mitchell pulled up from just under 30 feet as the final seconds ticked away in the first half. Splash. Of course it went in — just about everything else had for Mitchell.

The Memphis Grizzlies couldn't stop Donovan Mitchell on Friday, and nothing had changed 24 hours later.

Mitchell put up the best first half of his career, scoring 28 points on 10-of-12 shooting to go along with five assists in the first 24 minutes of the game. With that type of start, there wasn't a lot of work left to do in the second half of Utah's 126-110 win over Memphis on Saturday at Vivint Arena.

"He was just getting to his spots," teammate Royce O'Neale said. "Donovan, he get hot real quick. We give him the ball and let him keep going."

"He really pushed the ball, the beginning of possessions, which I think puts him in a mindset — it's an attacking mindset," added Jazz head coach Quin Snyder. "He was attacking but he was creating."

He came out red hot on Saturday. He hit his first five shots and had 16 points in the first quarter to push the Jazz to a 20-point lead after the first quarter. He gestured towards the Memphis bench after made shots and talked trash to defenders after he blew by them.

"I grew up playing basketball in New York City where it was just trash talk and noise," Mitchell said. "I think that's what makes the competition level fun."

Especially fun when your game backs up every word.

His 16-point fourth quarter laid waste to an 8-2 Memphis start and pushed the Jazz out to a 39-19 lead. The Jazz did something similar on Friday against the Grizzlies before Memphis came storming back, but there was no comeback this time. Mitchell was too good.

O'Neale, who had 10 points and nine rebounds, said that Mitchell was just getting to his spots. The problem for defenders is that literally could mean anything. He stepped into walk-up 3s, he drove to the hoop for plays at the rim, and he pulled up from midrange — a shot he credited for opening everything up.

On Saturday, his spots were everywhere on the court.

"Biggest thing is just being aggressive," said Mitchell, who finished with 35 points on 17 shots with fellow All-Star guard Mike Conley sitting out the second game of the back-to-back after his late heroics preserved Friday's win. "Obviously with Mike out, the ball's in my hands a lot more. With a man down, everybody has to raise their level and I just did it through scoring. Some days it's passing, some days it's rebounding, some days it's different but, doing whatever is necessary. That was just my mindset: just be aggressive."

The Grizzlies made a small push in the second quarter by switching to zone, but Mitchell even figured that out eventually. He got the rim on a drive and then after a Herculean screen by Derrick Favors on Ja Morant, who struggled to a 12-point night, Mitchell casually pulled up for a deep triple. He then found Jordan Clarkson for a corner 3, and just like that the Jazz had gone on an 8-0 run. Clarkson broke out of his recent slump with a 28-point night off the bench.

Mitchell finished with seven assists, showing that his superb game — the 28 points was the most he's scored in an opening half — wasn't just him hunting for his shots.

"He was efficient in so many ways; I thought he really didn't force himself on the game," Snyder said. "He had opportunities to score and he took them. He found other people but I thought he picked his spots. He's capable of having those kind of nights — to do it on the amount of shots that he took says a lot about the reads he was making during the course of a possession."

With Mitchell leading the way, the Jazz (34-11) coasted to their fifth straight win and 19th straight home victory. The Jazz were 19 of 45 from 3-point range and held Memphis to just 40.2% shooting. The 16-point final margin was the closest the Grizzlies got in the second half.

"I think we all as a group did a great job of continuing to apply pressure throughout the entire game," Mitchell said.