Gephardt: Airlines bringing back change fees at the end of March

SALT LAKE CITY — More travelers are willing to take to the skies again, and airlines are tweaking their booking policies. Among the changes? Bringing back the change fees airlines slap on if you must change your booking dates, even due to COVID-19.

A lot of fliers were certainly happy to wave goodbye to change fees as the pandemic brought so much uncertainty to travel – enough uncertainty that many airlines waived those fees last year. But that change in change fees is proving to be short-lived — at least for the most affordable tickets.

"If you wait and book your basic economy ticket after March, then there might be either change fees once again or no ability to change your dates at all," said Scott Keyes, founder of Scott's Cheap Flights. He is chalking that change up to the airlines feeling more optimistic about travel this year.

So, from now until March 30, there is a window to book cheap flights and still have some flexibility.

Delta for one, said it will bring back change fees for its economy tickets booked after March 30. It has not named a price yet, but prior to the pandemic that fee was $200. United brings back the fee on March 31. Their previous fee was $125.

American's economy tickets booked after March 31 are not changeable or refundable. And JetBlue said it will start charging $100 for changes on its Basic Blue tickets.

If there is any silver lining, Keyes told KSL change fees on tickets pricier than economy class will not return anytime soon.

"I would be very surprised if the airlines that announced they're getting rid of change fees (for ticket classes above economy) were to reinstitute them anytime in the next decade," said Keyes. "I think that this is going to be a long-term change." 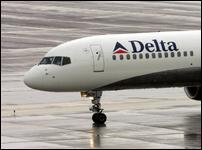 The air travel industry is receiving a boost from recently passed legislation, but Utah's airport hasn't experienced much turbulence even with less travel and increased restrictions due to the COVID-19 pandemic.

Many would-be travelers are still holding onto travel vouchers and credits from flights canceled last year by COVID-19, and they are now starting to expire. Keyes said the airlines have been really accommodating by extending dates by six or even 12 months.

"You will be surprised how many of the airlines are willing to do that," he said.

The thing is, you will have to ask for that extension. It will not come automatically.