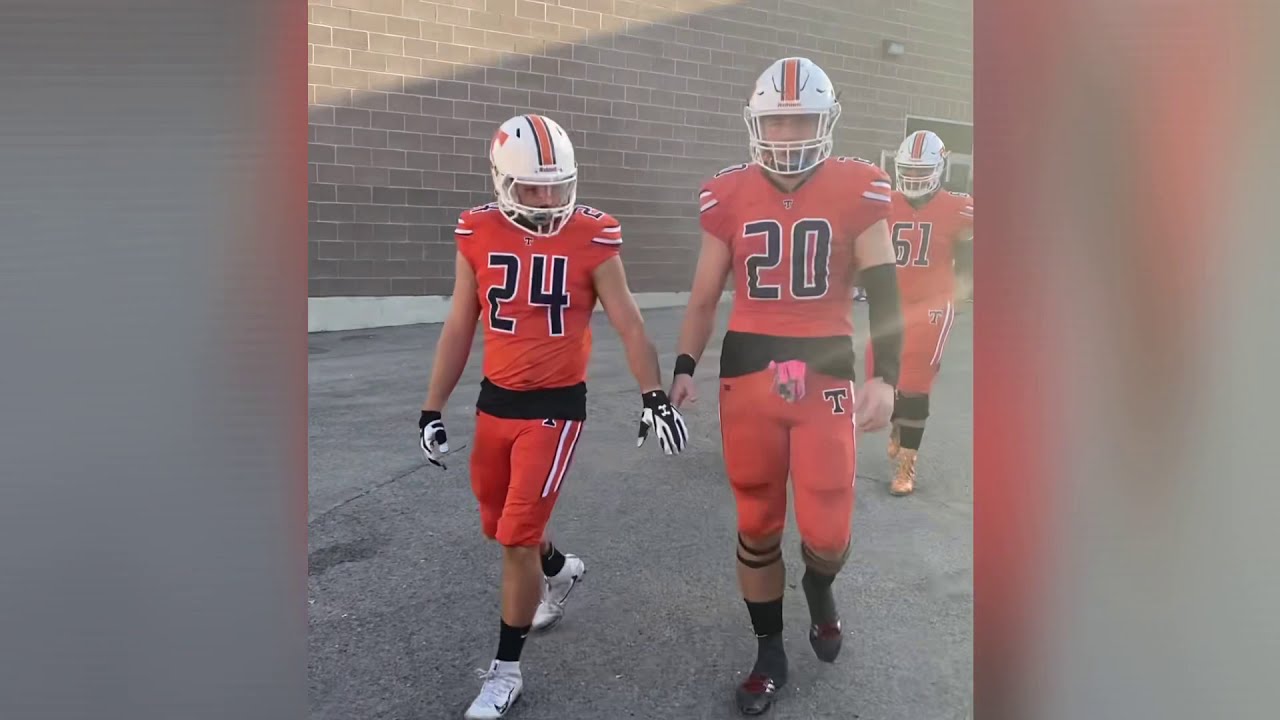 AMERICAN FORK — The state's No. 2-rated overall recruit has made his decision to play football at the next level.

"Playing college football was always my dream," Ryan said. "I'm grateful for the process, and excited for the future."

Ryan selected the Bruins over a final six that included BYU, Nebraska, Washington, Colorado and Virginia. Boise State, San Diego State and Kansas were among the other programs to show interest.

Decked in a Cincinnati Bengals sweatshirt, Ryan made the announcement in front of a handful of family and close friends, as well as broadcasted on Instagram Live. The 6-foot-4, 235-pound tight end who played three seasons at Timpview before moving to American Fork ahead of his senior year made the decision official by unveiling a video on the projector screen near his home.

"It took a lot to get to this point," Ryan said in his video. "But I didn't do it alone. A lot of people made sacrifices so I could have this dream."

A three-year varsity player at Timpview, Ryan wrapped up his junior season with 53 receptions for 609 yards and three touchdowns in 12 games. A frequent double-team target with the Thunderbirds, Ryan averaged 11.0 yards per catch in leading Timpview to an 8-4 record and a berth in the Thunderbirds' second-straight Class 5A state championship.

A four-star recruit by 247 Sports, Ryan is the top-rated offensive player in the state of Utah by the recruiting service, trailing only Brighton linebacker Lander Barton, who is expected to sign with Utah. The recruiting service projects two of the top four players in Utah's Class of 2022 to play football in Southern California, with the other being Bingham offensive lineman George Maile, who is projected to sign with USC.