Have You Seen This? The crow that helped a hedgehog cross the street 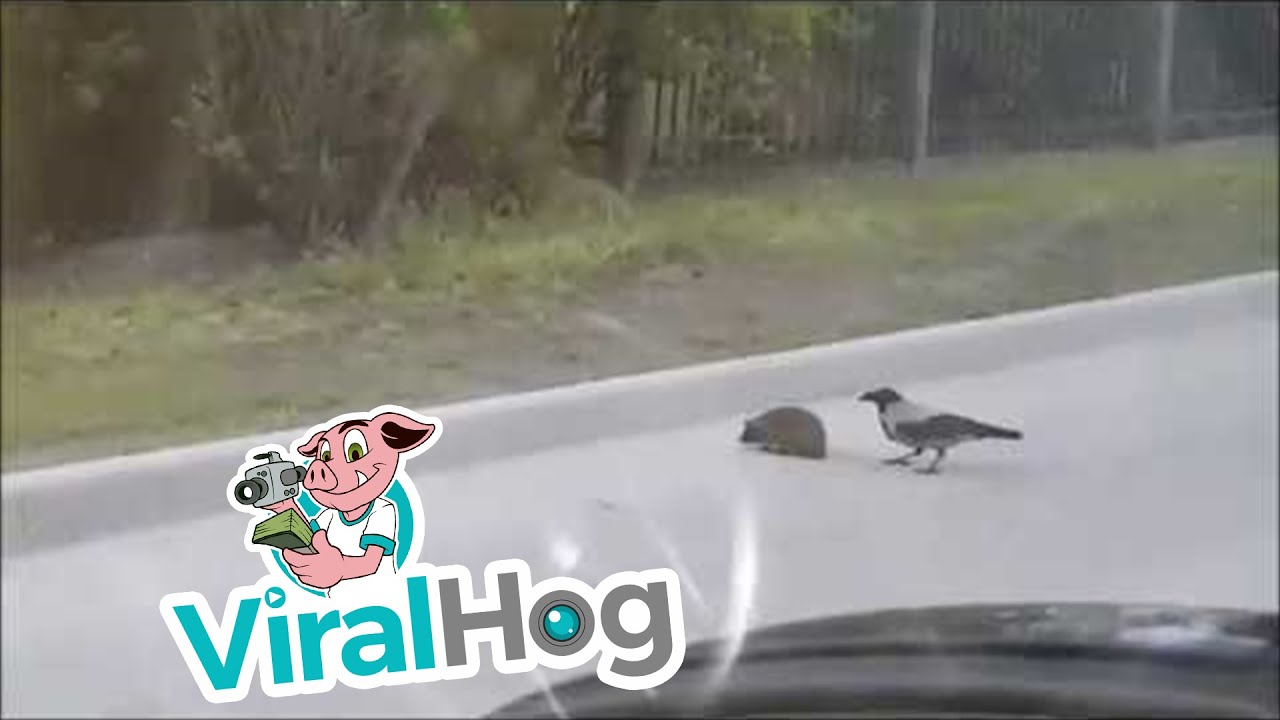 THE ROAD — Nature is beautiful, but it's also scary because it doesn't care about you or your well-being — it does what it wants.

But it turns out nature might not be so cold to the birds and the bees ... and the hedgehogs. Well, at least that appears to be the case according to evidence recorded in Latvia last year.

This pretty incredible video includes two wild creatures in the middle of the road who have stopped traffic with their presence — one a hedgehog, one a crow.

As one would imagine from a charming children's book, the hedgehog appears to be shy and frightened with the big road and task of crossing it ahead of him. But he has a crow friend with brazen bravery.

The clip shows that the hedgehog isn't about to cross the road on his own at any pace that will be safe or helpful to his survival. And that's where mister crow comes in with a helpful — though probably not painless — tactic for helping the hedgehog cross the road. That is, the crow pecks at the hedgehog's back to get him moving.

With each peck, the hedgehog rises up to show his bitty legs and walks a foot or two until he eventually arrives at the relatively safer curb.

Now we know why the hedgehog crossed the road: because the crow wouldn't leave him the heck alone. (Lame joke. Not sorry.)

If this was a children's book, there would probably be some moral lesson about community, connection and maybe bravery. But since this is a real-life video, all we can really do is project onto these creatures whatever human feelings make us feel the best about this interaction.

My take: Maybe survival of the fittest is the way of nature, unless you have friends in crow places.

There are two types of suburban kids: kids that had a trampoline and kids that begged their neighbors to use their trampoline.
×