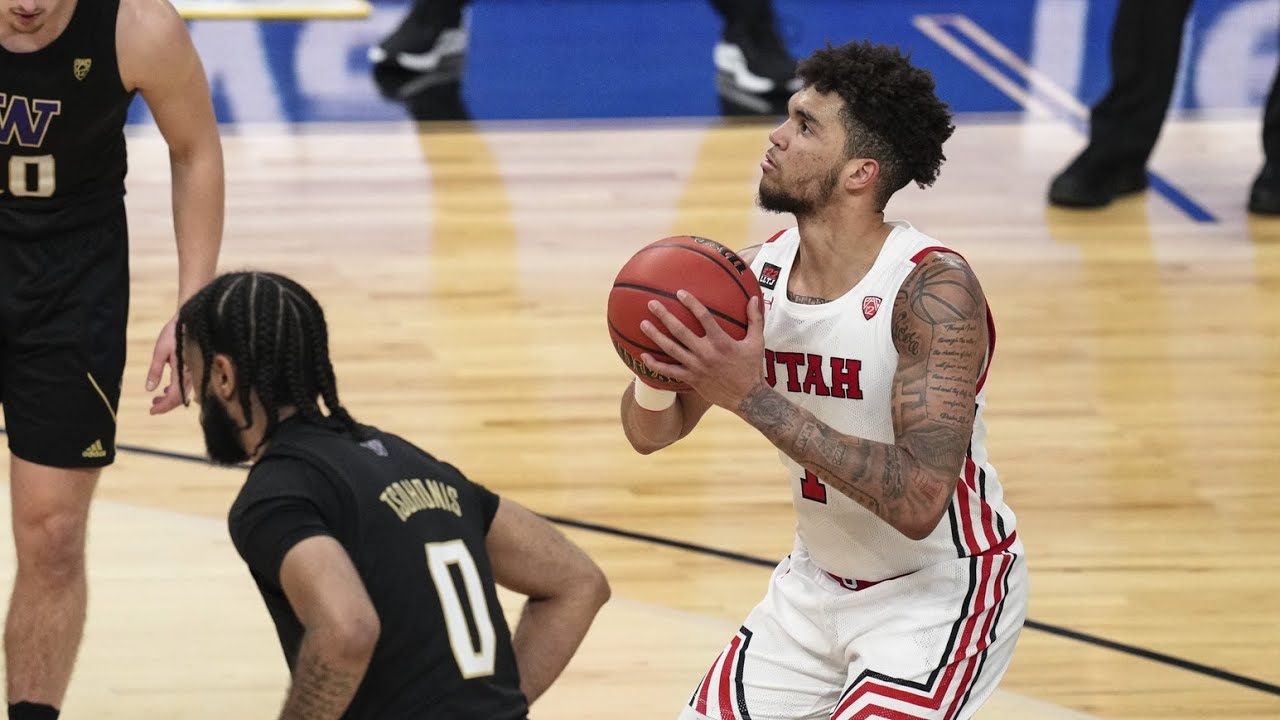 No. 7 Utah defeats No. 10 Washington 98-95 in the highest scoring game in Pac-12 Tournament history 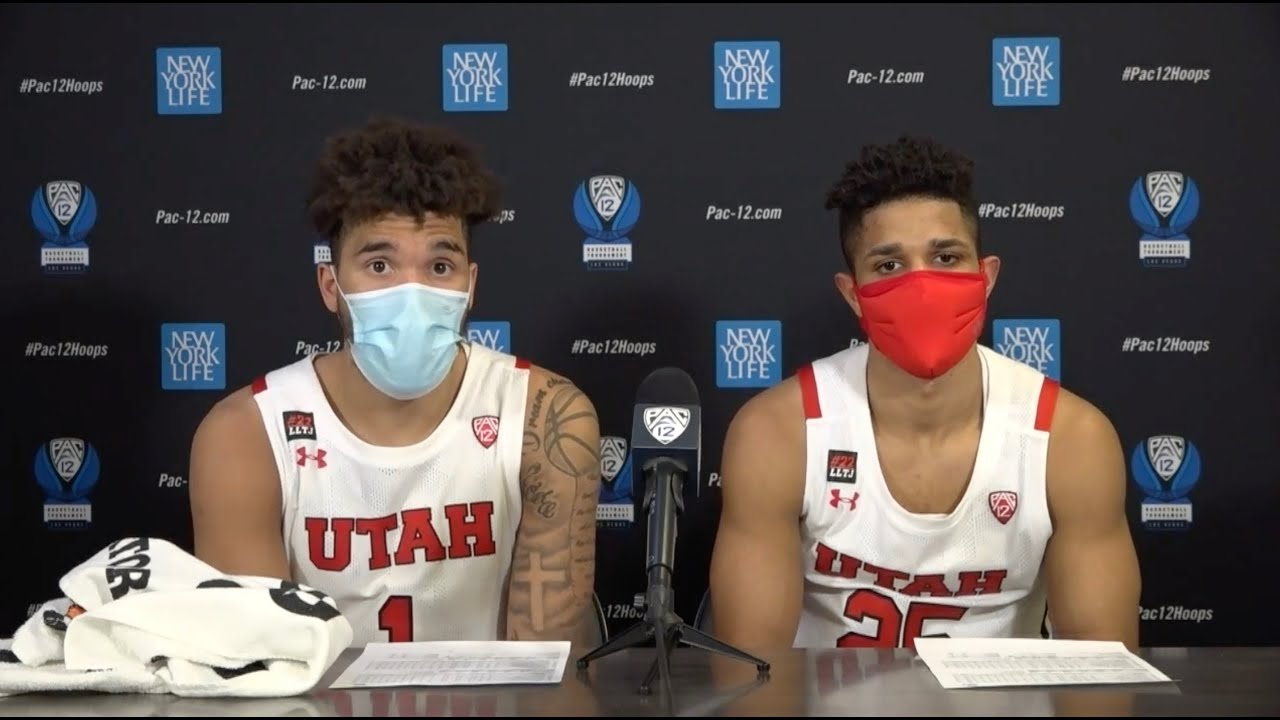 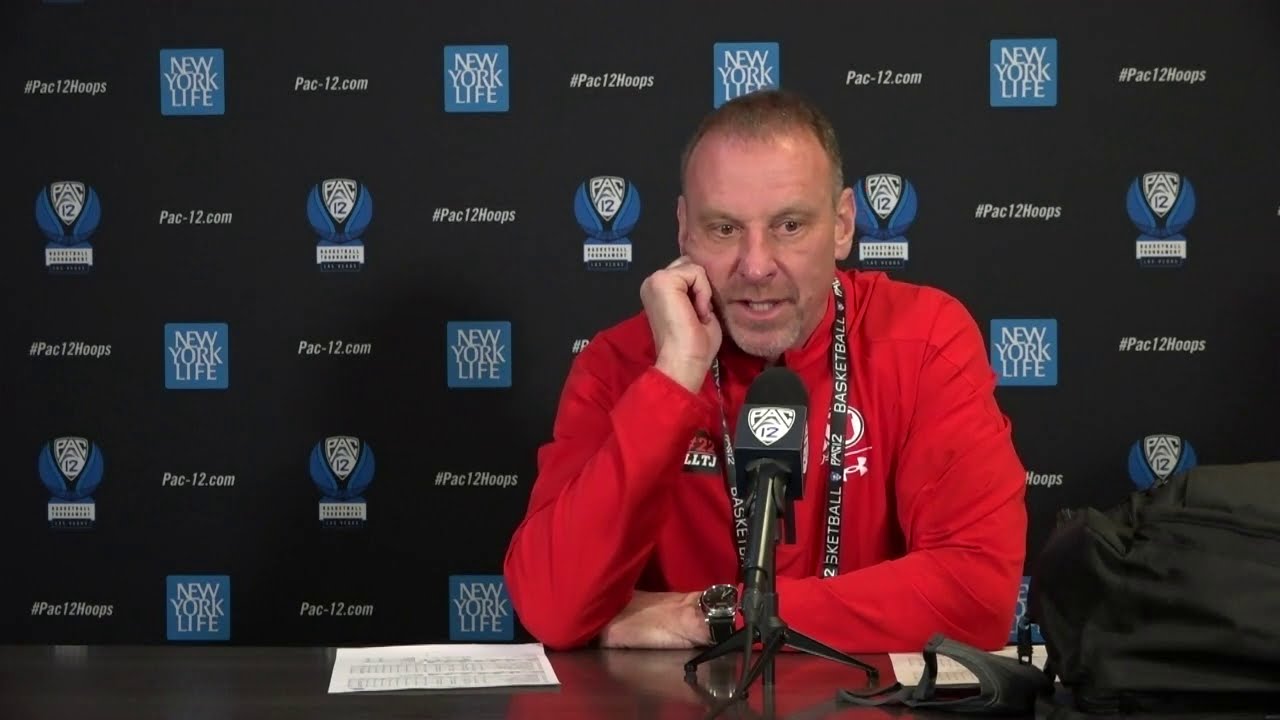 SALT LAKE CITY — It took five years for it to happen, but the Utah men's basketball team got its first win in the Pac-12 Tournament since the venue moved from the MGM Grand to T-Mobile Arena.

Utah led by double digits for a majority of the game, but Washington used a late-game rally to erase a 19-point deficit and to bring the game to within a possession after Cole Bajema drained a 3-pointer with 1 second left in regulation. Utah held on to beat the lower-seeded Huskies 98-95 Wednesday night in Las Vegas and to claim their first conference tournament game since the 2015-16 season when the Utes made a championship game appearance.

"The Achilles' heel for us tonight, I thought, was some sloppy turnovers — some catching and passing, you know, simple plays," Utah head coach Larry Krystkowiak said. "But offensively we were pretty darn efficient if we didn't turn the thing over and if we moved it multiple times. Our guys were aggressive, and guys were feeling it a little bit. We shared it decently."

Utah held a 19-point lead (87-68) with just over five minutes left to play in regulation and Washington refused to go away. The Huskies used a full-court press against the Utes and drained nine second-half 3-pointers to cut into Utah's lead. Utah committed several turnovers during the Washington run, which only added fuel to the momentum and effort.

But March is all about surviving and advancing to the next round of the tournament, and Utah managed to do just that. The Utes weathered the surge — barely — and held on to win and to advance to the quarterfinal round against No. 2-seeded USC.

"We gave up 60 points in the second half, so it was — it got to be a little bit of an ugly barrage at the end — but 36 minutes of the game I thought we were pretty solid," Krystkowiak said.

"Our defense was a lot better than giving up the number of points than we gave up; it was kind of a perfect storm," he added. "It doesn't make you feel great going into it, but this isn't the time of year that you think too much about it. We've got to move on for the next ball game against the Trojans, so hopefully we can sharpen some things up prior to that."

The Utes were led in scoring by Timmy Allen's 24 points, 11 rebounds and four assists in a game where he attacked the rim and drew several fouls to help establish an early lead and to give Utah its highest-ever score in the Pac-12 Tournament. Senior Alfonso Plummer, who was one of six Utah players in double figures Wednesday, added 21 points, including six makes from behind the 3-point line.

After a short back-and-forth between the two schools in the opening minutes of play, Utah exploded on an 20-2 run, shot 64% from the field and scored at an impressive 1.62 points per possession to establish an early double-digit lead over the Huskies. The Utes eventually built up a 17-point lead midway through the first half (29-12) before the scoring cooled off for a bit and the Utes had to rely on free throws to keep ahead of Washington. Utah's shots, which often came early in the shot clock, wouldn't fall or a turnover interrupted the possession.

Washington cut Utah's lead to single digits and got it to within 7 behind a 26-10 scoring advantage in the post, but it's as close as the Huskies could get before Utah's Riley Battin drilled a 3-pointer to stop the scoring drought. Much of Utah's drop in production at the time came as a result of bigs Mikael Jantunen and Branden Carlson picking up two fouls and being forced to sit on the sideline for the remainder of the half.

Allen capped off the half with a bucket under the rim to give Utah a 12-point lead (47-35) and to lead the Utes in scoring with 13 points and seven rebounds. Plummer, who drained 11 3-pointers in last year's Pac-12 Tournament, hoped to channel the same energy as he drained three of the team's eight first-half triples.

In the second half, Utah jumped out aggressively and built up the lead to 19 and looked like it would cruise to a quarterfinal berth in the tournament. Washington's Quade Green, who led the team in scoring, had other plans. Green had only 9 points in the first half before exploding late to give the Huskies a chance for a win. He scored 6 points in the final minute and finished with 31 points, seven assists and three rebounds in the loss.

"This is not a time of year that you want to be in a one-and-done situation," Krystkowiak said.

Utah was again without the service of sophomore guard Rylan Jones, who has been out due to a right shoulder injury. Jones did not dress Wednesday and is likely out for the remainder of the week, though Larry Krystkowiak has not announced it to be a season-ending injury.

Utah will play USC, which got a first-round bye, Thursday at 6:30 p.m. MT at T-Mobile Arena. The game will be broadcast on the Pac-12 Networks.

"We're excited about tomorrow, we're excited we can move on, and we're going to try to keep going here in Vegas, so we're looking forward to that," Allen said.