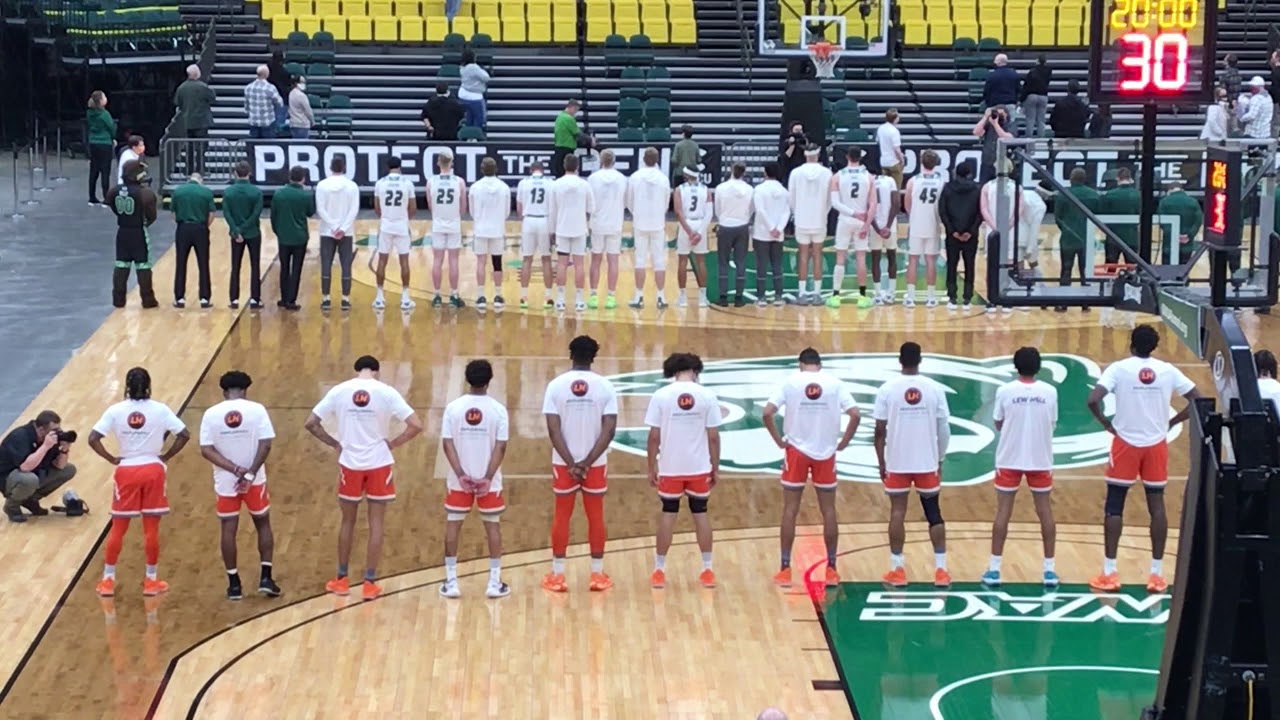 OREM — Utah Valley halted off a spirited comeback from UT Rio Grande Valley on Friday night in the UCCU Center, holding on for a 78-74 win to improve to 9-9.

With the win, the Wolverines kept pace at the top of the Western Athletic Conference with Grand Canyon (13-5, 7-2) and just one game behind the Lopes at 7-3.

But Friday night's short spell of normalcy was about so much more than a basketball game.

For the Vaqueros, playing during the COVID-19 pandemic is just the start of the difficulties they've faced in the 2020-21 season — difficulties not uncommon to all of college basketball.

But UTRGV, a school in Edinburg, Texas, located just 20 miles from the Mexico border, has played just one game since everything changed following its Feb. 6 road loss to Texas Southern.

The very next morning, Lew Hill, who has been with the program since he was a rookie head coach in 2016, died Sunday morning of undisclosed reasons. He was just 55, with an entire life — and career — ahead of him after stops at Oklahoma, UNLV and Texas A&M, among others.

"He told me he had a five-year plan, that when I was a senior, he would have all his recruits here, ready to go — to go win the WAC," said UTRGV star Jevon Levi during a memorial service Tuesday, just three days before he had 6 points, six rebounds, seven assists and seven steals against UVU in Orem. "He stuck to his word; he built this program, got us to this point, five-year plan — and all we can do is go out there and do our best to finish what he started."

Added UTRGV graduate senior Nick Mora: "He changed the culture here at RGV. He taught us what it meant to win. Most importantly, he showed us never to give up, to always keep fighting — because in this life, it's not easy and it's definitely not always fair."

Everyone had a Hill story, from his players to his staff to opposing coaches and personnel with the WAC. His death hit the conference hard, and on Friday night, Utah Valley took a few minutes before the game to honor the coach's legacy and memory.

In a season unlike any other, with COVID-19 protocols and a pandemic raging in the middle of a basketball season, Friday's game was a reminder in life of what is really important.

The Wolverines wore orange face masks in honor of RGV that night, and head coach Mark Madsen and each of his assistants wore a pin that symbolized Hill on their shirts. Before the game, a moment of silence hushed the crowd of 250 people, with RGV players wearing shirts that bore Hill's initials and the phrase "Peace and Love." One chair sat empty on the RGV bench, draped in a jacket that kept the seat warm for Hill.

Madsen remembers Hill fondly, too. When he was a first-time head coach a year ago with the Wolverines, he remembered losing a game 80-72 at UTRGV Fieldhouse and standing near midcourt. Hill saw him and approached with a smile, a handshake and a few encouraging words of advice.

He told him how good of a coach he was, what a classy program he was building. It wasn't much, but it struck a chord with the former NBA veteran making the jump to college hoops.

"It's just a little thing that shows you the gold that was inside his heart," Madsen said. "He had such a large heart, to come over and express support. He was professional and he was a great human being. His legacy will live on."

Hill had previously recovered from COVID-19, a diagnosis that altered the Vaqueros' season and included a two-week shutdown of the program as it has most programs in college basketball.

Hill's wife Renee told the Washington Post that she believes the coronavirus that has killed more than 510,000 Americans wasn't the primary cause of his death, though.

Hill was also recently diagnosed with amyloid light-chain (AL) amyloidosis, a rare bone marrow disorder that causes organs and tissues to thicken and eventually lose function. So when Hill went to bed exhausted Saturday night after returning from his team's 77-75 loss at Texas Southern, his longtime companion had a strong feeling why.

The rare disorder is diagnosed just 4,500 times annually and gradually causes fatigue and organ damage as it saps the energy. That was the case with Hill, who could barely take a walk around the block without being winded, his wife said.

He kept coaching through it all, though he planned to tell his athletic director the Sunday he died that he was stepping away to focus on his health, his wife said. He needed to finally do something for himself, after doing so much for everybody else.

In the end, that disease killed him, Renee Hill said. And that's why she spoke out to local and national media, trying to educate the world about the lesser-known disease that took her husband and affects primarily men between the ages of 50 and 80.

"He's smiling big knowing we are saving lives," Renee Hill said. "If you have a physical tomorrow, get tested for it. If you're having bloodwork, have your doctor add that."

Lew Hill was always focused on others. No doubt, Madsen believes, Hill was looking down on Friday's game — and he would've been proud, just as he will next week, when the Vaqueros host Lew Hill tribute night against in-state WAC rival Tarleton State.

The rising head coach would've been proud of the way his team battled in Orem, at Rob McClain's 19 points and 12 rebounds as the Vaqueros trimmed a deficit that swelled as large as 12 to as little as 2 points with 14 seconds left.

RGV just ran out of time. But boy did they fight.

So, too, did their coach.

"UTRGV does a great job," Madsen said. "They've gone through something more difficult than something most of us can even imagine.

"But how hard they played, the tenacity with each they played, you have to give them a lot of credit. It's an emotional time, but that is a great team. They battle every single night."

Utah Valley will return to the hardwood Saturday night at 6 p.m. MT, where the Wolverines will face the Vaqueros in the type of back-to-back series that has not been kind to the Utah school in recent weeks. But more important than basketball Friday night was a chance to remember a fallen coach.

A great coach. A rising star.

But mostly, it was a chance to remember Lew Hill, a wonderful person.

"Lew Hill was a fantastic basketball mind, a great coach, but a really, really good human being."