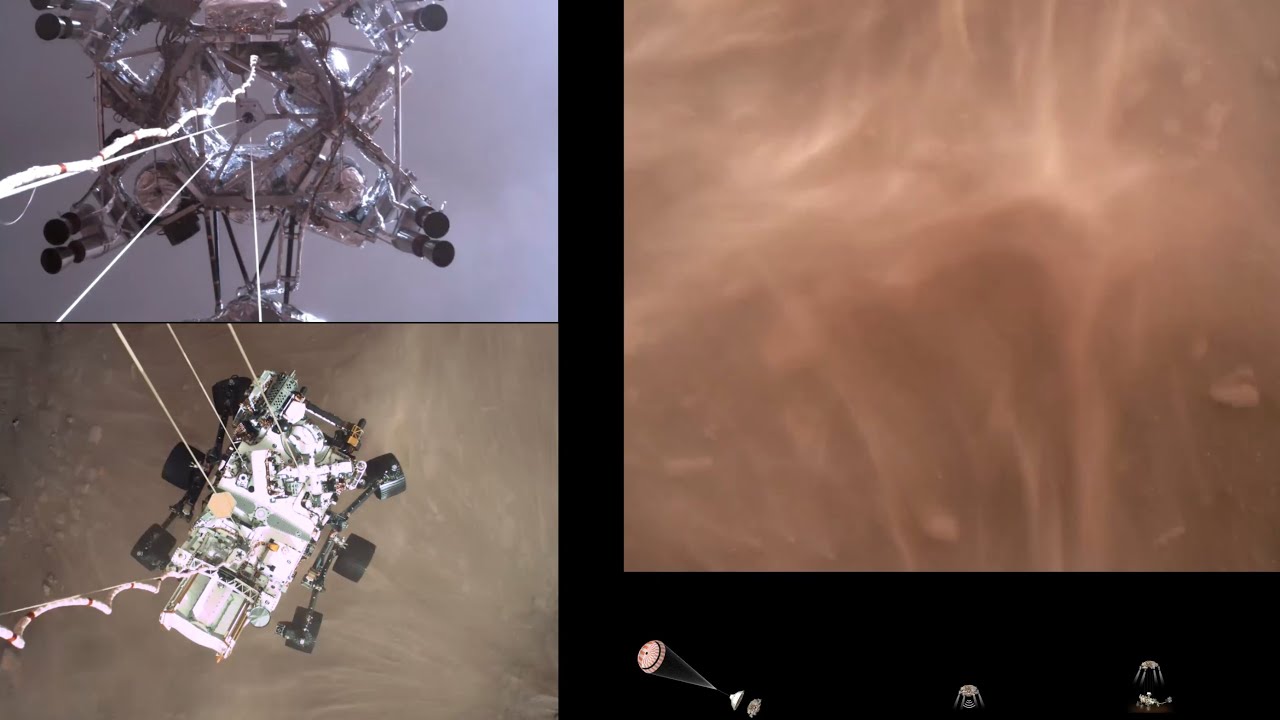 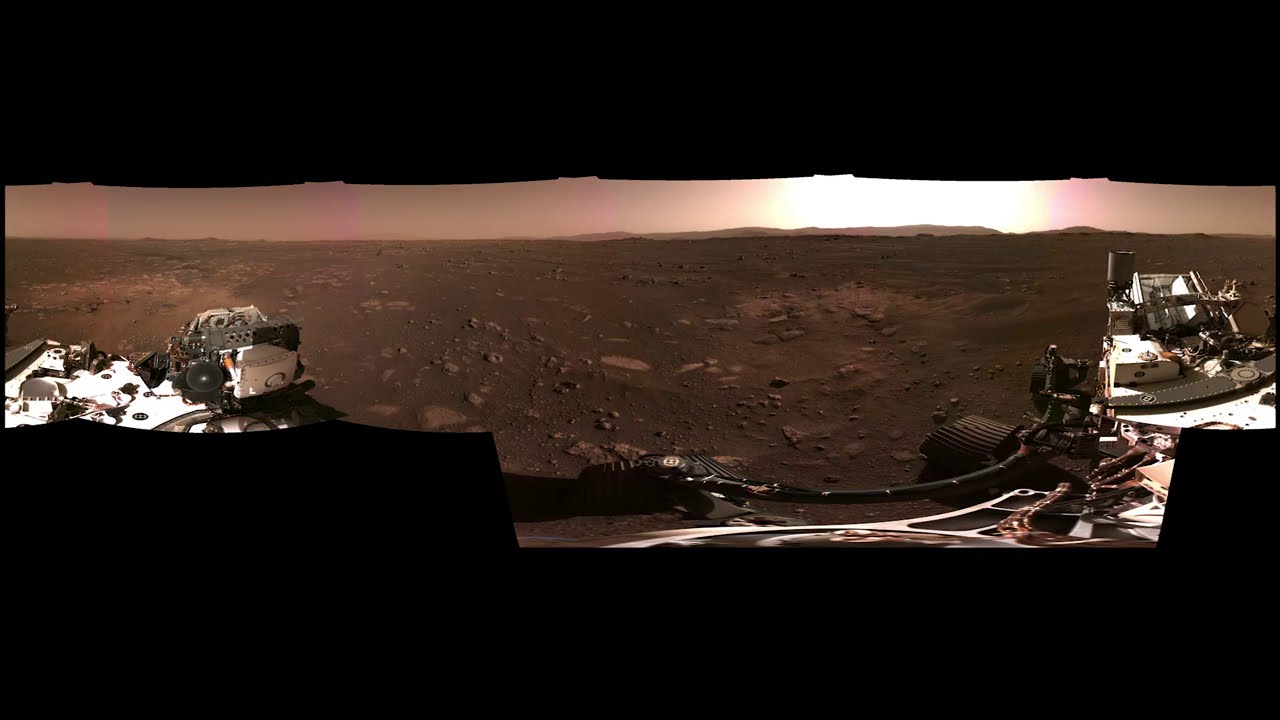 CAPE CANAVERAL, Fla. (AP) — NASA on Monday released the first high-quality video of a spacecraft landing on Mars, a three-minute trailer showing the enormous orange and white parachute hurtling open and the red dust kicking up as rocket engines lowered the rover to the surface.

The footage was so good — and the images so breathtaking — that members of the rover team said they felt like they were riding along.

"It gives me goose bumps every time I see it, just amazing," said Dave Gruel, head of the entry and descent camera team.

The Perseverance rover landed last Thursday near an ancient river delta in Jezero Crater to search for signs of ancient microscopic life. After spending the weekend binge-watching the descent and landing video, the team at Jet Propulsion Laboratory in Pasadena, California, shared the video at a news conference.

"These videos and these images are the stuff of our dreams," said Al Chen, who was in charge of the landing team.

Six off-the-shelf color cameras were devoted to entry, descent and landing, looking up and down from different perspectives. All but one camera worked. The lone microphone turned on for landing failed, but NASA got some snippets of sound after touchdown: the whirring of the rover's systems and wind gusts.

Flight controllers were thrilled with the thousands of images beamed back — and also with the remarkably good condition of NASA's biggest and most capable rover yet. It will spend the next two years exploring the dry river delta and drilling into rocks that may hold evidence of life 3 billion to 4 billion years ago. The core samples will be set aside for return to Earth in a decade.

NASA added 25 cameras to the $3 billion mission — the most ever sent to Mars. The space agency's previous rover, 2012's Curiosity, managed only jerky, grainy stop-motion images, mostly of terrain. Curiosity is still working. So is NASA's InSight lander, although it's hampered by dusty solar panels.

They may have company in late spring, when China attempts to land its own rover, which went into orbit around Mars two weeks ago.

Deputy project manager Matt Wallace said he was inspired several years ago to film Perseverance's harrowing descent when his young gymnast daughter wore a camera while performing a backflip.

Some of the spacecraft systems — like the sky crane used to lower the rover onto the Martian surface — could not be tested on Earth.

"So this is the first time we've had a chance as engineers to actually see what we designed," Wallace told reporters.

Thomas Zurbuchen, NASA's science mission chief, said the video and also the panoramic views following touchdown "are the closest you can get to landing on Mars without putting on a pressure suit."

The images will help NASA prepare for astronaut flights to Mars in the decades ahead, according to the engineers.

"I know it's been a tough year for everybody," said imaging scientist Justin Maki, "and we're hoping that maybe these images will help brighten people's days."