SALT LAKE CITY — Dr. Michael L. Good will serve as the interim president of the University of Utah beginning in April, the school announced Saturday, after current President Ruth V. Watkins said in January that she will be leaving her position that month.

"Dr. Good is highly qualified and well-prepared to take on the interim role at the University of Utah," said Nina Barnes, vice chair of the Board of Higher Education, in the release. "Dr. Good has worked to advance the university's health system and has led both it and the more than 20,000 talented faculty, staff and students, who make up University of Utah Health, over the last two and a half years. The Board is confident that he will see the University of Utah successfully through this transition. We congratulate Dr. Good on this appointment and are thankful for his dedication to the long-term success of the institution."

Good has been CEO of University of Utah Health since 2018. He was previously dean of the University of Florida College of Medicine.

The release describes the professor of anesthesiology as a "noted inventor."

"Early in his academic career, he led a team of UF physicians and engineers to create the Human Patient Simulator, a sophisticated computerized teaching tool that is now used in health-care education programs throughout the world," it says.

Watkins has accepted a position with the nonprofit Strada Education Network and will become president of Strada Impact, leading research efforts to improve access to college and degree completion, she said in January. Watkins became University of Utah president in 2018, overseeing a tumultuous few years often overshadowed by the murder of student-athlete Lauren McCluskey.

More information about the U.'s search for a new president is available at presidentsearch.utah.edu. 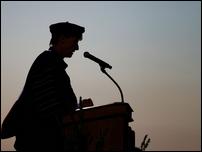 Not all college presidency candidates would be revealed under lawmaker's proposal

As the Utah System of Higher Education embarks on a search for the next president of the University of Utah, state lawmakers are considering changes to the presidential search process that would render it less transparent.
×